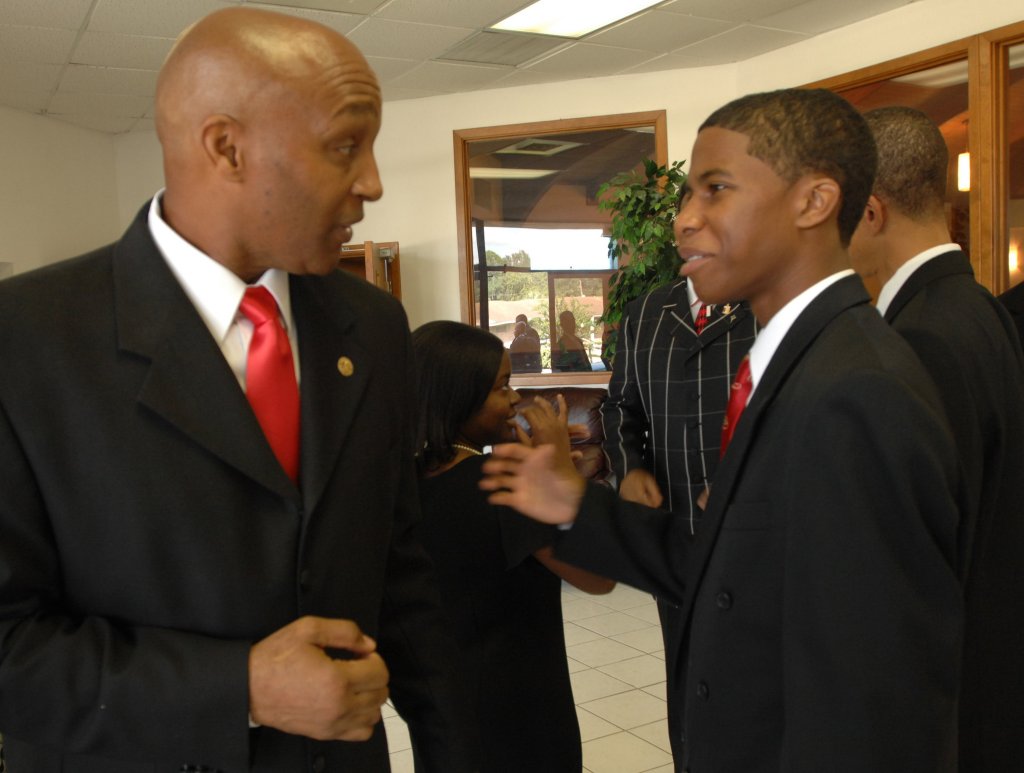 We need talented people like Dwayne Thomas of Mandarin Middle School in the teaching and principal ranks -- even for just a short time.

Based on the talk about (and derision from defenders of traditional public education over) the level of attrition of Teach For America graduates after entering classrooms, one would think that university schools of education were stellar in this regard. But as the eminent teaching guru Martin Haberman points out, half of all aspiring teachers coming out of ed schools never make it into the classroom in the first place. As Richard Ingersoll also notes, half of those teachers who enter the classroom leave within five years (and one third of them leave by their third year). All in all, no matter how you slice it, you have high levels of turnover in the teaching profession and this is a problem.

Or is it? As it may turn out, little of this attrition may be troubling at least in the main. If one looks at the research on teacher effectiveness and the talent arc of the average teacher, it may not make sense for many teachers to be in the classroom for longer than two decades at most. As Dan Goldhaber and Michael Hanson have pointed out in their 2009 study, a teacher with 25 years in the classroom is no more successful in improving student achievement than an instructor working for only four years. Just as importantly, the research is suggesting that in some cases, the best teacher may not be a tenured veteran of three decades, but a rookie teacher who will only get better still over time.

This isn’t to say that young teachers are naturally better than their more-senior counterparts. After all, there is just as much chance that the rookie is going to be a laggard instructor and will not improve over time, while the more-senior teacher is one who has always been really good at improving student performance and is a master at this craft. What it means is that the concern should not be so much about attrition, but about luring high-quality teachers into the classroom and getting as much out of their talent for the benefit of their students (our children) as possible while they are in the job.

Think about it: At its best, teaching is difficult work. Those who undertake it should be thrilled by the challenges and opportunities to improve the lives of every child with whom they work. They should be happy to be in classrooms and anticipate success every day, not be depressed about working with children who may need a lot of help. They must be competent in the subjects they teach and care for every child before them. Those who aren’t interested in such challenges or don’t care for children shouldn’t be teachers. It’s best that they move on to other pursuits.

As for the highly-talented good-to-great teachers? Just because someone is stellar at teaching, cares for children and enjoys the profession today doesn’t mean they just want to be a teacher for life. The kind of talented and gifted people who are best at teaching are also the very folks who are interested in other challenges. Some of them may involve some form of economic or social entrepreneurship. It may include the desire to be the next Steven Evangelista, Marva Collins, Michael Feinberg or Dave Levin. It could even mean rising in the education ranks to lead or shape charters, private schools or traditional districts (like Jason Kamras), become the next John Taylor Gattos or even lead path-breaking teacher training programs like Haberman. Or, they may just want to stay in the classroom and be what the Jaime Escalantes (or for me, Everett Brawner and Dave Gilbert) are for so many children: The men and women who go above and beyond to teach every child what he or she needs to achieve their economic and social destinies.

The real problem isn’t so much the turnover, but a system in which too few high-quality aspiring teachers are recruited; which trains aspiring teachers abysmally for teaching in the classroom (and whose training usually involves pedagogy over subject-matter competence and how to work with kids from backgrounds different than that of those who teach them); which instills teachers with a rather dispiriting vision of classroom teaching (especially in urban classrooms); and then compensates them in ways that are contrary to stirring high performance. As seen in the careers of Escalante and Gatto, great work is barely tolerated while mediocrity is the norm.

The union work rules that limit the amount of work teachers can do, along with the lack of performance management and rigorous evaluation, means that top performers get little feedback, support or recognition. Meanwhile mid-career professionals — who may have the stuff to work in the toughest urban classrooms — struggle to even get into the profession because of the emphasis on licensing instead of on quality of work and talent.

This isn’t just a problem within teaching. The school reform movement has shown the importance of fostering and coalescing entrepreneurship, system leadership and practical problem-solving. But it has only begun to crack traditional education circles. Far too many within traditional public education lack curiosity about how matters are solved in areas outside of education; if anything, they are hostile to anything that seems to smell of “hedge funds” or “Corporate America” or even Main Street, even though all three are the main generators of economic and social activity. There is no iPad or iPhone without Apple and Steve Jobs; no Windows without Bill Gates and Microsoft; and no Facebook, Warner Brothers or Hewlett-Packards without entrepreneurial activity. This anti-intellectualism results in an unwillingness to think outside of the traditional concept of unions, districts, and school boards.

The solution to these problems lies in recruiting and training high-quality teachers who can serve in the classroom and, if they so choose, foster new programs, nonprofits and ideas within education, Right now, however, it is afterthought, not the norm. Thanks to TFA, similar alternative training programs, and reformers within and outside of traditional public education, this is changing. But it is changing too slowly. We must reform smarter and faster.

Attracting great teachers must begin long before they enter the classrooms. As Arthur Levine has pointed out ad-nauseam, most ed schools do a terrible job of screening out teachers. Almost none use the Haberman method — put an aspiring teacher before a kid and watch how he or she interacts with them — or use PRAXIS I or the SAT to screen out the high-quality candidates from those who aren’t (although one state, Indiana, is making that a requirement for its ed schools this year). Nor do ed schools recruit in the same manner as Teach For America, seeking out black and Latino collegians for classroom careers. It is one reason — besides the dropout crisis — that we have so few minorities in the classroom.

Once the teachers get into the classroom, they must be rewarded early and often for great work. This means the traditional teacher compensation system — with its emphasis on near-lifetime employment and seniority- and degree-based pay and privileges — must go out the door. Performance pay is one way to reward teachers. Another is to provide them start-up money to start their own social entrepreneur programs — including schools, teaching fellowship programs or even the next Black Star Project. Spreading out the Chad Sansings of education into the wider world will help boost teacher quality — and the quality of education for every child.

At least these are my thoughts. What are yours? Feel free to respond.