If you want to get a better sense of the shoddiness of the arguments of opponents of school discipline reform, especially when it comes to the Department of Education’s guidance on reducing the overuse of harsh school discipline, simply look at the traditional districts represented in Congress by Rep. Andy Harris of Maryland, who this morning, complained that the four-year-old Dear Colleague letter made school leaders “afraid” to discipline children in their care.

Harris made this declaration during one of two hearings that touched on school discipline reform — a House Appropriations subcommittee hearing on the Trump Administration’s proposed budget for education programs. After several congressional leaders — most notably Rep. Barbara Lee of California — roasted U.S. Secretary of Education Betsy DeVos for continuing to weaken the department’s Office for Civil Rights and effectively abandoning the federal role in protecting the civil rights of poor and minority children, Harris essentially encouraged DeVos (along with the planned commission on school safety over which she will be chairing) to toss the school discipline reform measure into the ashbin. Why? Because the measure has forced the districts he represents to stop “disciplining people”.

Certainly you can expect the likes of Manhattan Institute wonk Max Eden (who, for some reason, was testifying at a House Judiciary subcommittee hearing on school safety convened a month after the Parkland Massacre) to make big hay of the Maryland Republican’s complaints. After all, it comes on the heels of Florida U.S. Sen. Marco Rubio amplifying the accusations of Eden and other school discipline reform opponents that the Obama Administration-era guidance was responsible for Nickolas Cruz’s murder of 17 children and teachers at Marjorie Stoneman Douglas High School. Rubio’s move (based on an argument disproved both by Dropout Nation and other outlets) resulted in DeVos placing review of the guidance under the school safety commission (which will consist of not one expert on school safety and will only include three of her fellow cabinet secretaries in the Trump regime).

The problem, as a Dropout Nation analysis of data submitted by the districts to the U.S. Department of Education’s Civil Rights Database, is that none of Harris’ statements are true.

Take Harford County, the largest district in Harris’ district. It meted out one or more out-of-school suspensions to 1,339 children in regular classrooms, or 3.5 percent of the students, in 2013-2014. That is slightly more than the 3.3 percent suspension rate in 2011-2012, two years before the Obama Administration issued its guidance. It also arrested and referred 163 children to juvenile justice systems in 2013-2014, three times the 59 it arrested and referred two years earlier.

Then there is Kent County, which is right on Maryland’s Eastern Shore. In2013-2014, it meted out one or more suspensions to a whopping 14 percent of its students. That’s three times the 5.2 percent suspension rate in 2011-2012, two years before Obama’s school discipline guidance (and just after Maryland’s state board of education had investigated overuse of harsh discipline by districts it oversees). If anything, Kent County’s district became even more punitive: It arrested and referred 60 children in 2013-2014, a sixty-fold increase in the number of students sent onto the most-direct path to the school-to-prison pipeline two years earlier (which was none). 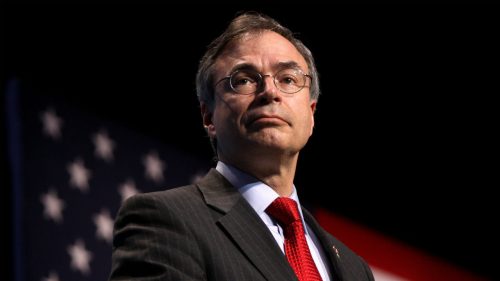 Maryland Congressman Andy Harris argues that the Obama Administration-era guidance against overusing harsh school discipline is stopping school districts he represents from correcting student behavior. The data proves, if anything, that those districts suspend far too many children, especially those Black and Brown.

None of this is a surprise to Dropout Nation readers or to honest scholars of school discipline reform. This is because the Obama Administration’s guidance was focused primarily on encouraging districts to reduce overuse of suspensions and other harsh discipline against poor and minority children as well as those condemned to special education ghettos. Even with the guidance, the U.S. Department of Education would only intervene when alerted about potential civil rights violations. Put simply, districts could ignore the administration so long as families and civil rights groups didn’t make a fuss. Which is clearly the case with the district’s represented by Harris on Capitol Hill.

This is a shame because the data the districts submit make a strong case for federal investigations — especially when one understands the long history of racial bigotry in the Eastern Shore of the Old Line State.

Wicomico County meted out one or more out-of-school suspensions to 16.7 percent of Black children under its watch in 2013-2014, a five-fold increase over the 3.2 percent suspension rate in 2011-2012. In fact, Black children account for 78.8 percent of all children suspended by the district in 2013-2014 — or four out of ever five kids suspended one or more times that year — while White peers accounted for a mere 33.7 percent of students suspended. This is in spite of the fact that the district is almost equally divided between Black and White students (with the latter making up the majority).

The worst part is that Maryland’s state officials know this — and have done little in the last couple of years to address these problems. Thanks in part to a board of education dominated by conservative reformers such as Andy Smarick of the American Enterprise Institute and former Thomas B. Fordham Institute President Chester Finn Jr. (the latter of whom presided over the think tank’s initial activism against the Obama-era guidance), the Old Line State only plans to intervene when suspension levels for poor, minority, and special ed-labeled children are three times higher than that of other peers. Which means districts such as Kent County could continue damaging the futures of our most-vulnerable children with absolute impunity. The state’s move last year to only allow districts to suspend kids for up to five school days (and all but banish suspensions for kids in preschool programs) does nothing to address this problem.

Contrary to the assertions of Harris — as well as those of opponents of school discipline reform such as Eden (who deserves no consideration), as well as Michael Petrilli and his crew at Fordham– the case can easily be made that the DeVos and the Department of Education should build on the Obama Administration guidance and go even further. This includes restoring rules allowing Office for Civil Rights investigators to look at years of past complaints against districts to determine patterns of discrimination, hiring more investigators to look into patterns of disparate impact, and even requiring states such as Maryland to implement stronger rules against overuse of harsh discipline.

When it comes to building brighter futures for all of our children, we need facts, not assertions based on nothing but talking points that betray the bigotries of those who state them.

The Black Kids Are Shortchanged Everywhere