At the State Level school data 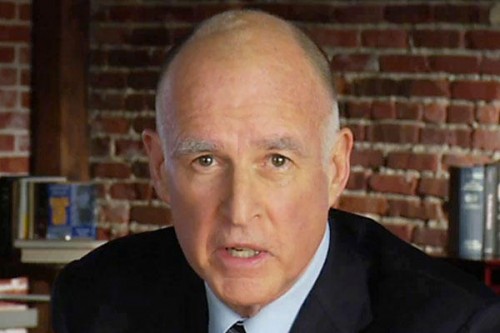 When it comes to developing a robust school data system, California hasn’t exactly been the pioneer. As I reported three years ago in A Byte At the Apple: Rethinking Education Data for the Post-NCLB Era, the Golden State has spent much of the past two decades blundering the effort. The unwillingness of state officials to fully fund the roll out of the first system, California School Information Services, meant that it was only rolled out to 263 out of the states 1,058 school districts. Its current effort, the California Longitudinal Pupil Achievement Data System, has been even more troubled: It took five years for CALPADS to make it from legislative intent to begin full development in 2008. It took another year for the system to become somewhat operational. Last year, it was shut down for a time because of computer glitches; the state’s education department later demanded that the firm handling the development of CALPADS get it ship shape or default on the contract. And all in all, it is barely operational.

CALPADS should be shut down because it isn’t the fully comprehensive data system that policymakers, parents and schools needed in order to improve the quality of education for their students. But that’s not the reason why the state’s once-and-future governor, Jerry Brown, is proposing to do exactly that. Instead, he is cutting additional funding for CALPADS as part of his longer-term embrace foes of school reform and standardized testing. And it gets worse: He also plans to cancel the development of CALTIDES, the teacher performance data system that has long been the bane of the state branches of the National Education Association and the American Federation of Teachers. This will mean that the move made by the state two years ago to begin tying teacher evaluations to student test data will also fall by the way side.

Brown’s declaration is pleasing to teachers unions, thoughtless defenders of traditional public education such as EdWeek‘s Anthony Cody (yes, we’re giving the guy more well-deserved ridicule), and national commentators who don’t deserve their perch such as Valerie Strauss. But Brown’s move will do little for taxpayers, policymakers, principals, teachers, children and families, all of whom deserve high-quality data that allows them to make smart fiscal and educational decisions.

For one, the state will likely still have to pay out $7 million to IBM, the contractor charged with developing CALPADS, even if the system isn’t completed. So whatever savings Brown thinks he will reap isn’t likely to be reality. The possibility of Big Blue filing suit to ensure repayment of its contract will also mean additional legal fees that strapped taxpayers don’t want to bear. Meanwhile, the fact that 99 percent of school districts have already begun migrating to CALPADS also means that any move off the system will lead to a second round of transition costs.

Shutting down CALPADS would be bearable if the goal is to move from CALPADS to a better, more-comprehensive data system that ties together K-12, postsecondary data from the state’s three university systems and workforce information; Florida has already done this with great success. But Brown has no discernible intention of doing this. So it just means more dollars down the drain. Eliminating CALPADS also doesn’t address the critical need for data that should be used in making critical decisions on school spending and how to proceed with overhauling traditional school districts. Given the structural deficits Brown is trying to address — and that dealing with those problems will involve revamping state education spending — it is shortsighted to propose eliminating CALPADS funding without a plan to develop a more-robust system.

As for everyone else? As imperfect as CALPADS may have been, it was a key first step in developing a more-comprehensive and useful data system. For one, it helped push districts towards improving the quality of their own data systems; this would have been a first step towards giving the state’s teachers and principals data they can (and, as this week’s Dropout Nation Podcast points out, should) be using for improving student achievement at the school level.  For families, CALPADS also allows for easier transfers of student records; the next step would have been to make the data system more-useful for parents — a problem that has more to do with the state’s emphasis on structuring data for compliance purposes instead of for usefulness in making school decisions.

What Brown could have done is simply begin the process of developing a better school data system. He could have asked the state legislature to craft and pass new legislation that would have reshaped CALPADS to meet the needs of those who will use it — including families, the most-important players of all. He could also have also worked with the state’s education department and finance agency on replacing IBM as the vendor; that move would have made sense given how poorly the company has bungled the system’s development. Brown could have even used the situation as an opportunity to begin pushing for structural reform of the state’s public education governance, an underlying reason why the development of CALPADS has been bungled in the first place. But he didn’t offer any such steps. Instead, Brown has decided that there is no need families and taxpayers to be lead players in education. And that the education crisis that plagues the children of California and the rest of the nation doesn’t need addressing.

But for Brown, this is par for the course. Earlier this year, Dropout Nation criticized the governor for not tackling the state’s byzantine educational governance structure and for not re-appointing school reformers to the state board of education. Though governor may may have overseen the launch of two charter schools during his tenure as Oakland’s mayor, he has proven over and over again that he is in the thrall of the state’s NEA and AFT affiliates, along with other status quo defenders. So he’s not going to address the structural problems of the state’s educational governance system, will all but avoid addressing the systemic problems of low-quality instruction and curricula contributing to low educational achievement — especially among its poorest and minority children, and will just be an obstacle to any reform.

In Brown, California has a governor who lacks the will and vision to overhaul public education for the benefit of the state’s children. The only solutions to counter that lack of will may lie in reform efforts such as those being undertaken by L.A. Unified — or in the decision of families to move out of the Golden State to states such as Indiana, which are fully embracing reform. Hopefully for California, Brown’s tenure will be mercifully short.