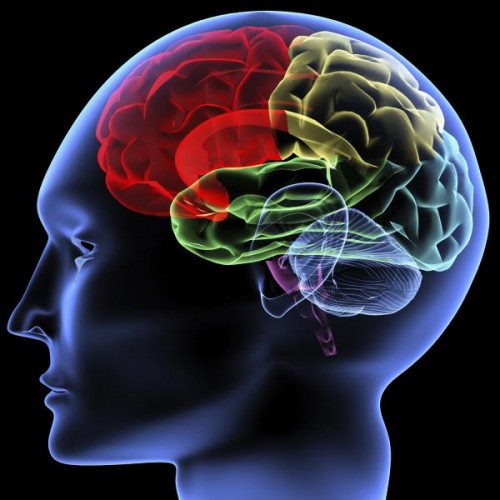 Earlier this week, Edweek columnist Walt Gardner joined the low expectations faction of the foes of school reform with a piece chastising President Barack Obama’s effort to increase the number of young men and women attending the nation’s community and traditional four-year colleges and universities. Taking up the same baseless, tired, and nostalgic arguments used by Charles Murray (and citing that tired polemicist’s overly long claptrap, Real Education) Gardner declares that the focus on college is ridiculous because some kids in his mind aren’t “college material” and that many jobs don’t require higher education.

But a look at the broad changes wrought by technology and the advance of the knowledge-based economy more than prove the ridiculousness of the assertions made by Gardner  (and pushed by folks such as Harvard’s Ronald Ferguson and Robert Schwartz in their Pathways to Prosperity report released earlier this year) shows that this is not anything close to reality. If anything, higher humanistic and applied education and training is critical to future economic success. And that reality is one more reason why we must reform American public education.

On one side, the development of computer software that can handle and automate complex activities such as legal research and IT support now mean that white-collar fields once considered the ways to reaping a middle-class living may disappear into the ether. These advancements, along with the advent of the Internet and the emergence of quantifiable data, has also changed the nature of work in other white-collar professions. Marketing and communications directors in the private sector, for example, need to understand arcane aspects of statistics in order to analyze data on ad campaigns. Reporters and editorialists covering business, economics and education will need stronger math skills as well as be able to turn a phrase. And librarians, who will now spend more time handling e-books than traditional print items, will also have to advance their own research skills and expand their own knowledge in order to remain competitive in the job market; as Seth Grodin notes in his recent ode to libraries, librarians will also be critical in teaching children how to be “first-rate data sharks” in the knowledge-based economy.

On the other, those same technological changes have also made blue-collar work more-complex and knowledge-based than ever. As the Wall Street Journal‘s James R. Hagerty reported earlier this month, more jobs are appearing in the manufacturing sector after a decade-long decline; the retirement of Baby Boomers also means more high-paying jobs on factory floors. But the positions no longer involve simply standing on an assembly line. Factory workers will need to be able to understand trigonometric equations in order to ensure that products are shaped properly and fit together upon assembly — and think through abstract concepts in order to work on their own on the factory floor.

This is a reality Gardner fails to understand. But that’s to be expected. After all, he, along with his fellow longtime teachers and education traditionalists, are in a profession that has, until recently, largely resisted the impact of technological, social and economic change. But even this is no longer true. As pointed out on this week’s Dropout Nation Podcast on school turnarounds, student achievement data will drive how principals evaluate and assign teachers; it is already beginning to reshape how teachers instruct in classrooms and address the nation’s education crisis. Essentially, a new generation of teachers will also have to be masters of data and technology.

For children to get into these jobs, they must get some form of higher education, be it traditional college courses or apprenticeship programs. And in order to get into higher education, they need rigorous, comprehensive, high-quality college preparatory education starting in the elementary grades. But right now, far too many young men and women are more-likely to flunk out of higher education; one-third of freshmen collegians end up taking remedial math and English courses, a factor that contributes to low college graduation rates at all levels of traditional and for-profit higher ed.  And given that just 69 percent of kids graduate from high school, even more drop out of high school. These kids will only be qualified for the low-skilled work that barely pays minimum wage, be fit for welfare, or spend time in prison. The ultimate result: A permanent economic underclass that will be a drag on communities — especially urban and aging suburban neighborhoods — and the nation overall.

Anyone who dares to say that having some form of higher education doesn’t matter hasn’t exactly looked at the data. Consider the consequences of low educational attainment for young men of all races, one of the leading symptoms of the nation’s education crisis. Between 1973 and 2009, inflation-adjusted median income for men with a high school diploma and no form of college education declined by 35 percent; for dropouts, it declined by 47 percent. This is largely because the kind of jobs that they can seek — usually in low-skilled fields such as construction — are in decline. Meanwhile young men with at least some college education (who can get higher-skilled and better-paying jobs) experienced less decline in median income; for those with advanced degrees, median income actually increased by 14 percent. The economic inequity that is happening, both among men and in the nation as a whole, is largely one driven by education, with better-educated men and women who continue to add to their skills earning more and acquiring greater assets in the forms of stocks, bonds, stakes in companies (including businesses they start on their own), and real property. Poorly educated men and women, on the other hand, are left out of the growth, and also drag down economic growth even for those who are better-educated, because they must subsist in order to survive.

Contrary to what Gardner thinks, the problem isn’t that there are just some kids who aren’t “college material”. Save for kids with the severest developmental disabilities, that is not so. As Ellen Gallinsky points out in Mind in the Making, children are developing the seven “executive functions” needed for success in school and life from the time they are born. The real problem is low-quality education that starts from the moment children walk into kindergarten. Intensive reading instruction and remediation is an afterthought in traditional public education even though it is known that 40 percent of kids will need such help no matter what their parents do at home. And it doesn’t get better in the later grades. Just two states offer eighth-grade math curricula standards that matches up to that of the top seven performing nations on the PISA exam of global student achievement; the math curriculum standards in all but 11 states fall short of the rigor now being set by the Common Core State Standards Initiative.

And it’s not just a curricula problem. A part of that low-quality education problem lies with the low expectations among teachers and principals, many of whom share Gardner’s outdated (and historically, racialist-driven) thinking. The fact that university schools of education do such a poor job of recruiting aspiring teachers for subject-matter competency — and fail to train them properly once they get into their classrooms — also means that children, especially those attending the nation’s dropout factories and failure mills, are poorly prepared to handle the even-more complex work that will come once they get into college and the workforce.

So we need to improve the quality teaching in our schools, overhaul how we recruit, train and pay teachers, and revamp how schools are operated. And we need to give all children a rigorous college preparatory curricula that will help them succeed in the knowledge-based economy. Arguments that some kids aren’t “college material” and damning them with low expectations are no longer valid or acceptable.

At the State Levelschool data