There were plenty of responses to Saturday’s piece on whether or not U.S. Secretary of Education Betsy DeVos is a White Supremacist. As I have pointed out, the reality is that while the education philanthropist-turned-education czar is no White Supremacist, she has continuously collaborated with a regime whose goal is to harm the communities of Black, Latino, and immigrant children as well as the people who love and care for them.

One of the ways she has done this lies with the moves by the U.S. Department of Education to ignore its civil rights obligations as written in the Every Student Succeeds Act as well as the Individuals with Disabilities Education Act, including stemming the overuse of out-of-school suspensions and other harsh traditional discipline that damages poor and minority kids. The move to bring in Hans Bader, who has dismissed decades of research on this issue, is the latest example of DeVos’ aiding and abetting of bigotry.

As Dropout Nation readers know by now, DeVos’ appointee to oversee the Department of Education’s Office for Civil Rights, Candice Jackson, has already taken steps to end the Obama Administration’s efforts to push traditional districts and charter schools to use new approaches to discipline that actually help all children learn. This includes issuing guidance to regional directors to stop collecting three years of past complaints filed by against a district or charter when investigating a new complaint. Essentially this means investigators can no longer use previous complaints as evidence of a district systematically overusing suspensions, expulsions, spankings, and even restraints and seclusion (solitary confinement) against particular groups of kids.

Now with Bader, a former scholar at the Competitive Enterprise Institute (and brother of its current president), on board as a member of the Department of Education’s legal staff, DeVos and Jackson are likely to take the next step in ending efforts on school discipline reform: Rescind the “Dear Colleague” guidance issued by the Obama Administration three years ago that reminded districts to stop overusing harsh school discipline against Black, Latino, and Native children because it violates Title VI of the Civil Rights Act. The guidance has been widely opposed by traditionalists and so-called conservative school reformers such as Michael Petrilli of the Thomas B. Fordham Institute. 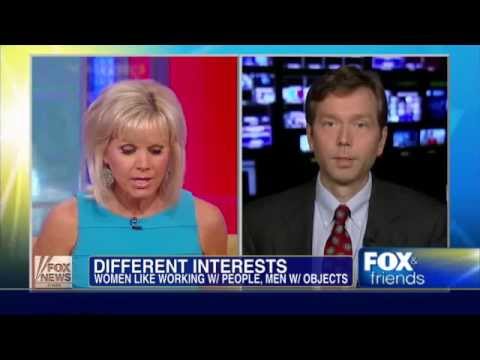 Hans Bader (right) will now have a role in shaping federal policy on school discipline. Those who care about the futures of children should shudder at the thought.

Despite having spent little time on studying school discipline and other civil rights issues, Bader has emerged as a go-to guy for movement conservatives and others opposed to federal efforts on school discipline reform (as well as on the effort to address how universities handle rape incidents on their campuses). His arguments against a federal role in school discipline reform can be summed up in two sentences. The first: That the Obama Administration’s guidance is overreach because the federal government has no right to address any form of overuse of school discipline, especially “disparate impact” in which policies can incidentally or deliberately discriminate against poor and minority children. The second: That there is no racial or ethnic bias in how districts and other school operators mete out such discipline in the first place.

There are plenty of problems with Bader’s first argument. On the legal merits, the ability of the federal government to weigh in on disparate impact was settled three years ago when the U.S. Supreme Court ruled in Texas Department of Housing and Community Affairs v. Inclusive Communities Project that the federal government could address such matters. While the ruling focused on housing, the high court’s ruling effectively kibboshed a previous opinion, Alexander v. Sandoval, that Bader often uses in his arguments against federal oversight on school discipline matters. Put simply, disparate impact is now legally recognized as a form of racism, essentially accepting the reality that bigotry need not be overt to actually exist and harm the most-vulnerable. [More on that in a minute.]

As Dropout Nation noted three years ago in a critique of a similar argument made by Hoover Institution scholar Richard Epstein on the pages of Education Next, Bader fails to recognize that Title IV of the Civil Rights Act is actually fairly broad, giving the federal government plenty of leeway to address any denial of opportunities for equal education. This includes addressing complaints from families over any instance where their children are being denied high-quality learning. More importantly, Bader fails to consider other civil rights legislation, including the Every Student Succeeds Act (the latest version of the Elementary and Secondary Education Act) and IDEA, which grants broad leeway on this front. Particularly with  Title IV of ESSA, which gives the federal government leeway to address and fund efforts to deal with school violence, the federal government is given an expansive role in addressing how districts and states use school discipline.

As for Bader’s second argument: Three decades of data and research demonstrate that it doesn’t stand up to scrutiny.

As a team led by Daniel Losen of the Civil Rights Project at UCLA noted in their review of suspension and expulsion data, the out-of-school suspension rate of 23.2 percent for black middle- and high schoolers in 2013-2014 (based on data released by the U.S. Department of Education) is three times the 6.4 percent out-of-school suspension rate for white peers. This, too, has been consistent in analysis of data, this time that of state governments. This isn’t surprising because decades of data have shown this. A team led by University of Pittsburgh researcher John Wallace demonstrated in a 2008 study that young black men in 10th grade are 30 percent more-likely to be referred dean’s offices — and 330 percent more-likely to be suspended — for the same offenses than white peers. 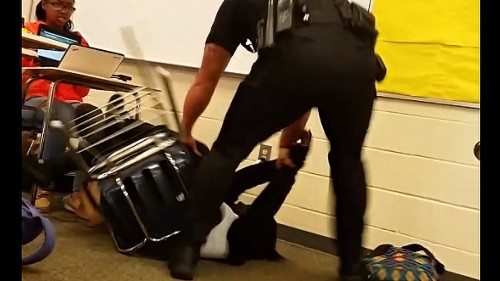 The consequences of overusing harsh school discipline isn’t just limited to time out of classrooms.

As with the overlabeling of young men as special ed cases, a key reason why so many children black and brown have been suspended lies with the perceptions of adults in schools about the kids they are supposed to teach. Recent studies of the perceptions of children held by their teachers echo Vanderbilt University Professor Daniel J. Reschly’s longstanding point that adults in schools end up deeming kids as unworthy because they think they are destined to end up that way. These biases, which data has demonstrated to be clear when it comes to discipline, are often reflected in how White teachers view Black children in their care in other areas of instruction and school culture.

As I pointed out on Saturday, White Supremacy (along with other forms of bigotry) isn’t simply about overt acts and outright statements. It consists of a continuum of actions that are often divorced from personal and social intentions. Even if a person doesn’t intend on being bigoted, they can support, be indifferent to, or unwilling to change policies and practices that maliciously or incidentally damage the lives and futures of poor and minority people. In the case of school discipline, the consequences of policies and practices can be as racialist as overt acts by those engaged in explicit racial discrimination.

Even if teachers and school leaders aren’t explicitly targeting black and Latino children in meting out discipline, the decisions they make can result in educational neglect, malpractice and abuse. This isn’t just true for poor and minority children. Children regardless of background condemned to the nation’s special education ghettos are subjected to even harsher school discipline –including restraints and seclusion (also known as solitary confinement when done to adults) — because teachers perceive them to be unworthy of more-therapeutic treatment. The consequences of these failed practices can be seen in and out of schools, especially in how police officers brought into schoolhouses deal with Black and Brown children and even those who are White with special needs.

Given the voluminous evidence, the fact that Bader continually argues against school discipline reform demonstrates his intellectual sophistry and his lack of fitness for serving in any role that tangentially involves public education. That he has little in the way of experience in addressing civil rights issues, especially on the education front, makes him even less fit to serve.

Yet it isn’t shocking that he is in this role. This is because DeVos has long ago demonstrated her lack of knowledge and general incuriosity about the role the federal government can play in addressing the underlying causes of the nation’s education crisis and advancing systemic reform. More importantly, given her unwillingness to criticize Donald Trump’s bigotry and that of the administration before and after taking up space at L’Enfant Plaza, the Department of Education was bound to be as involved as the departments of Justice and Homeland Security in advancing the administration’s efforts against poor and minority people.

Certainly DeVos isn’t an active White Supremacist. Her past record supporting the expansion of school choice demonstrates that. But she is clearly a collaborator in the administration’s agenda. The hiring of Bader exemplifies this reality.