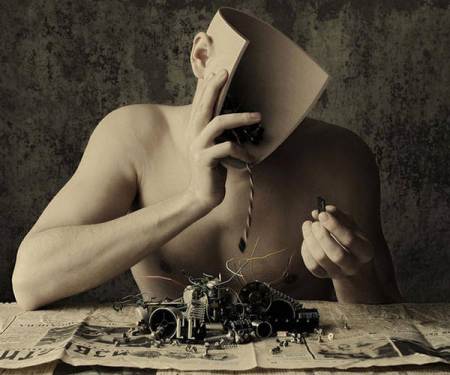 One of the most-amazing aspects of the battle over the reform of American public education is that the lack of thoughtfulness among education traditionalists in their defense of failed policies and practices that have done little more than condemn 1.2 million children a year to poverty and prison. This is especially true when it comes to how teaching and curricula should be provided to kids, and whether the families that love them should be able to choose and shape the conditions in which their kids should learn. From where they sit, public education can’t possibly include public charter schools, publicly-financed school voucher programs, or even online providers paid by states (and chosen by families) because these are operations that aren’t run by traditional districts with elected (or mayor-appointed) school boards and executives. This is why they constantly try to argue that charters  — which are run by nonprofit and corporate entities — aren’t “public schools”, even when they are clearly defined as such under state and federal law, and why they argue that the very existence of charters is an affront to “local control” by school districts. And it is why folks such as once-respectable (and now largely-discredited) educational historian Diane Ravitch constantly proclaim as she does today that moves such as Louisiana Gov. Bobby Jindal’s successful effort to expand the state’s voucher program to serve as many as 300,000 more students is “dismantling public education”.

Reformers know this collective line of argument is one of the most-tiresome (and infantile) education traditionalists make, and one that is the most-circular. This is because traditionalists base their notions not on facts or data, but on mistaken interpretations of the very laws that govern public education in this country. Yet it is important to constantly point out this faulty anti-intellectual thinking. Why? Because challenging the illogic posed in traditionalist arguments is key to advancing reform.

Reformers must constantly point to education traditionalists that  public education is ultimately a state government function. All state constitutions charge state governments with the role of providing “free public education” in one form or another, from deciding how education should be financed to how it should be delivered to children and families. So states can shape public education in any way it wants so long as it is allowed in their respective constitutions; if vouchers are allowed to be used as a means for providing public education in a respective state, than the state can do it; same if the state wants to allow for (and finance) public charter schools, blended and virtual learning providers, even homeschooling and DIY education efforts by collections of families and communities.

It must also be pointed out that districts, like other municipal governments within states, are merely recognized as arms of state governments as defined under those constitutions (as well as by the federal government through the No Child Left Behind Act). The U.S. Supreme Court said as much a century ago in the Hunter v. Pittsburgh ruling. This means that districts have no ability for independent action outside of what state governments decide. If a state decides that it wants to allow nonprofit and for-profit organizations to provide education alongside districts, this can be done and the district has no say in it. It also means that districts have no ability to decide whether the financing for education provided by local taxpayers and the state can remain with them even if the children and families no longer use the district schools that once served them.

Reformers need to remind traditionalists that their  opposition to the expansion of vouchers and other forms of school choice is merely a legacy of the 19th-century religious (and ethnic) bigotry of Know-Nothings and Unitarian Protestants toward Catholics, all but some Protestant denominations, and even American Indians. The Blaine laws that ban school vouchers and other public school dollars for educating kids in parochial settings, for example, were crafted specifically to force the children of Irish Catholic immigrants to become good Americans who followed the Unitarian-inspired civic religion pushed earlier in the century by Horace Mann and his allies. Before that, Protestants, fearful of the influx of Irish Catholics entering the nation (and that they may attempt to put the nation under the control of the Pope), did all they could to effectively squelch Catholicism; in fact, it was this bigotry that led to the mass formation of Catholic diocesan schools that still remain the nation’s second-largest collection of education providers. And let’s not forget the federal government’s effort to “kill the Indian, save the man” through Bureau of Indian Education-operated boarding schools that forced kids off reservations and subjected them to educational, physical, and emotional abuse.

Then there is the argument that private-sector involvement in education, be it through companies or nonprofits, is somehow evil. This is a traditionalist argument reformers must also shut down because it is based on a senseless belief that somehow free enterprise and the operations involved in it are somehow evil while government is naturally good and virtuous. Anyone who has lived through Watergate, the Iran-Contra scandal, and even the recent financial meltdown knows that there is nothing true about it. There’s nothing inherently virtuous about government-run district schools or anything evil in utero about corporations providing schools. The tax status of the organizations providing education don’t matter.

More importantly, in posing these arguments, traditionalists fail to remember that companies and nonprofits are already critical players in how districts provide public education, from publishing textbooks to providing accounting services. Whether or not those private operators always do a good job in those aspects (or, more importantly, if districts do a good enough job of managing their contractors) is a different discussion. But the reality is that public education is quite dependent on the private sector in order to provide some of the most-critical aspects of educating kids (and especially dependent on companies for the taxes that fund their operations in the first place). This fact should be pointed out ad nauseam.

And finally, reformers must point out to traditionalists that public education is not about the kind of organization that provides instruction and curricula, but how it is financed and regulated. Charter schools, private schools, online schools, DIY operations, and even teachers working together or on their own, are as capable to provide high-quality education (and even promote good citizenship) as a traditional district. Based on the track record of late for traditional districts these days, one can even say that the bureaucratic model is outdated and obsolete for this purpose. What matters more is not whether the school operators are government or private, but whether they provide our children with good-to-great teachers, strong, comprehensive college-preparatory curricula, and cultures of genius that nurture the genius inherent in all kids. Those school operators that don’t provide this (or behave illegally and unethically), be they traditional, charter, or private, should be shut down and not get public funding, while those that do the job deserve praise and support.

The warped, anti-intellectual thinking of education traditionalists deserves to be tossed into history’s paper shredder. And as reformers, it is our job to battle faulty thinking from whoever poses it.

When Black Politicians Stand Up for Our Children