What this week’s primary elections actually tell us about the battle over reforming American public education: Voters Are Concerned About More Than Education: The problem for single-issue activists, no matter… 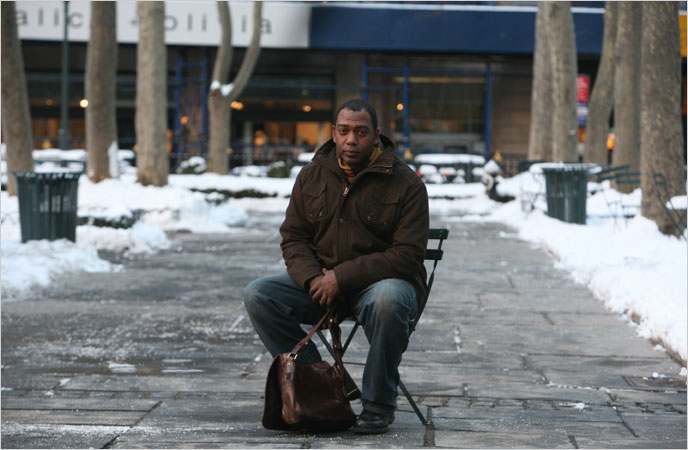 What this week’s primary elections actually tell us about the battle over reforming American public education:

Voters Are Concerned About More Than Education: The problem for single-issue activists, no matter who they are, is tunnel vision. They are so focused on one particular issue that they think it should be the paramount factor in supporting or opposing a candidate. What is forgotten is that for the average voter — neither monomaniacal nor able to spend one’s time focusing on a particular issue (or on any issue, given the scarcity of time and the needs to keep kids clothed and roofs over heads) — no one particular issue alone, no matter how important it may be, is the one on which they will make decisions.

More often than not, they are judging candidates based on several factors largely based on their personal experiences: Is the candidate likable; can he get the job done; is he connected to the community in which the voters live; and is he part of the networks (from churches to bars) with which they spend time. Essentially, the voter may agree with a candidate on several issues, but find that person generally distasteful. Or, if they are in middle age or senior citizens, take the view that a younger candidate doesn’t have enough gray hairs on the head and needs to wait his turn (a particular problem in the black community). Or they may know the incumbent or challenger is corrupt and a machine politician, but remember what that person did for them on a personal level. Or they are more concerned about the economic problems of the present and see no connections between those matters and the future that they think only their grandchildren will see. Or they just don’t agree that education is all that important an issue, period. The candidate’s position on one issue alone ultimately matters little.

This is something school reformers must keep in mind as they moan over Washington, D.C. Mayor Adrian Fenty’s loss in yesterday’s primaries and the victories of school reform opponents such as New York State Senator Bill Perkins (whose senseless opposition to charter schools should be an outrage to Harlem residents and Black America in general). In the case of Fenty, it is clear that his reform of D.C. Public Schools wasn’t the only factor in his defeat; if anything, Michelle Rhee was the single-biggest reason why most Fenty voters sided with him (and why even some Fenty foes are having second thoughts about supporting the winner, Vincent Gray, who will oust Rhee in  order to keep peace with the city’s Ancien Regime). Once you take school reform out of the equation, Fenty’s other problems — a demeanor at which even Churchill would look askance, mediocre management of city government, and the inability to manage the particularly virulent race issues that color D.C. politics — almost guaranteed him defeat. He was a one-term mayor before he even ran for re-election.

As for Perkins? He is a longstanding incumbent with deep roots in Harlem. He is also an old-school black politician — and there are plenty of voters his age who will have to be forced to the sidelines before the New Jacks take charge. His opponent, Basil Smikle, doesn’t have that deep network, lacks such privileges and didn’t have enough young voters he could on for victory. Another reformer, Michael Castle (who lost Delaware’s Republican senatorial primary) didn’t mention those credentials very much — and given the recriminations among conservative activists over the excesses of the George W. Bush era (including the No Child Left Behind Act), couldn’t use that background for any positive or negative effect.

Meanwhile the school reform politicians who won — including Perkins’ fellow state legislator, Sam Hoyt — have also connected to their voters on other important issues; in the case of Hoyt, the very privileges of incumbency that favored Perkins also favored him. School reform may have been the high-profile talking point, but for the voters, not the only one. Neither school reformers nor defenders of the status quo in public education may have captured anyone’s imagination.

Certainly, school reformers are right in arguing that overhauling American public education is critical. But they must remember that school reform isn’t the only issue on the minds of voters. If reformers are to win over the rest of the electorate, they must present clear connections between the need to improve education and the concerns voters find to be more-pressing.

The Importance of Building Community Ties: Green Dot Public Schools founder Steve Barr notes that he always spent time in a community — from churches to social groups — listening, talking and reaching out, before starting a new school there. Why? Because black and Latino communities — like all minority communities — are suspicious of outsiders bearing promises (and have the memories of past promises unkept deeply ingrained in their thoughts). Essentially, you can’t convince people to ally with you until you build connections with them.

This week’s primaries are stark reminders of this reality. In Harlem, Basil Smikle offered compelling reasons for voters to oust Bill Perkins from his New York State Senate seat — and he had backing from school reform activists, both in Harlem and outside of it. But the reformers only had connections to new Harlem residents, who don’t have deep community ties. The reformers also didn’t have enough strong ties to longtime residents, who think that their supposed  Chocolate City is getting a tad too pale and middle class (despite the fact that Harlem has always been a diverse community with strong middle class base —  and given the Harlem Renaissance of the 1920s and the presence of such institutions as the Schonburg Center, upscale even). And while some charter school operators have made strong ties to their communities, others still have a superficial relationship with community players that won’t help in beating back someone as influential as Perkins.

The lack of strong ties communities shouldn’t surprise school reformers, especially among the Beltway crowd. The lack of strong support in communities has been the single-biggest obstacle to sustaining reform. And if school reformers don’t start getting into the game by building ties with churches and grassroots activists — and rallying the millions of single parents, grandparents and immigrant families ready to play their part in reforming public education — they will not be able to keep their hard-won gains.