RiShawn Biddle
Comments Off on More on L.A. Unified: A special Flash gallery

The Los Angeles Unified School District has long been renowned for its academic failure and bureaucratic intransigence. But, as I report today in National Review, the dysfunctional district is now… 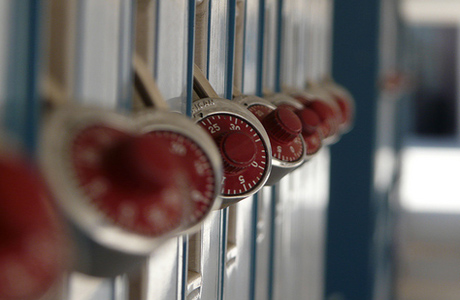 The Los Angeles Unified School District has long been renowned for its academic failure and bureaucratic intransigence. But, as I report today in National Review, the dysfunctional district is now looking to bring school choice of a sort to the district. Read more and check out the special gallery with statistics on the district’s academic and bureaucratic troubles.

RiShawn Biddle
Comments Off on A Considerable Legacy: Steve Barr

One man’s vision others couldn’t see or embrace becomes real. 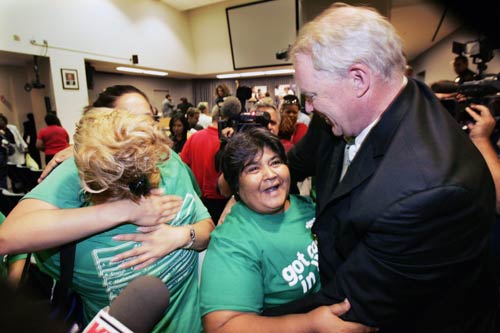 Back in 2003, when I was a reporter in Los Angeles, I had begun work on a piece about Steve Barr, whose Green Dot Charter Schools was simply a handful of charter schools in Tinseltown’s gritty neighborhoods. What was fascinating at the time — which my editors could never fully grasp at that time — was the revolutionary (for L.A.) ideas he espoused: That city’s Latino students, often cast off as future gang-bangers, potential Chicano revolutionaries or likely cleaning staff, could actually achieve academic excellence, graduate from college and become contributors to the city’s — and nation’s — socioeconomic fabric; and that L.A. Unified and its sister school districts owed their taxpayers far better than substandard teaching and curricula.

These days, it seems difficult to realize how dispirited most were about the possibilities of achieving a high quality education in L.A. schools. The gamesmanship of maintaining a residence in Beverly Hills to attend the schools, as shown in the film Slums of Beverly Hills was no movie fantasy. For the poorest parents, many of whom were (and still are) undocumented immigrants, the struggle to achieve the American dream on behalf of their children and themselves made such activity the last thing on their minds. The simple idea that every neighborhood should have a great school, a concept that had already taken hold in Washington, D.C., Atlanta and New York through the charter school movement and school district overhauls, was not even considered in L.A. Unified, a district which managed to squash Jaime Escalantes and Richard Riordans alike. Especially odd given that California was the second state to legislate charters into existence.

Barr wanted to make this happen by gathering parents and focusing them on the basics. Back then, he had a few believers, notably boxing legend Oscar De La Hoya (the namesake of one of Green Dot’s schools) and the parents left behind by the region’s educational establishment. This was two years before Barr and his crew began staring down L.A. Unified, first in an unsuccessful attempt to convert Thomas Jefferson High into a charter school — and four years before he and parents at Locke High finally wrested control of that school from the district’s bureaucracy. And certainly long before national attention noted that in the City of Angels, another model for education reform — one both eschewed the inside-the-Beltway game and evolved independent of the Teach For America school — was coming to fore.

Now, with L.A. Unified talking and (mostly) walking school choice and accountability, one can now fully get what Steve Barr was doing. And as he leaves the board of the charter school organization he founded, it will be interesting to see what he does next.

By the way: More on L.A. Unified will appear in National Review Online this week.

END_OF_DOCUMENT_TOKEN_TO_BE_REPLACED
Comments Off on A Considerable Legacy: Steve Barr