Apologies to all for not having spent much time writing here. There have been plenty of writing projects on my agenda. One of them: A report co-written with the staff… 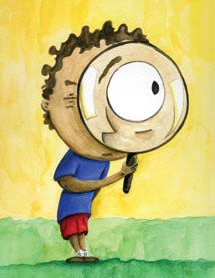 Cartoon courtesy of the National Council on Teacher Quality

Apologies to all for not having spent much time writing here. There have been plenty of writing projects on my agenda. One of them: A report co-written with the staff of the National Council on Teacher Quality on one of the biggest factors ultimately influencing how students learn — or fail to do so — in the nation’s public schools: Collective bargaining, or the system by which teachers unions and schools hammer out the contracts that govern classroom instruction.

Judging from the skimpy media coverage and the loud rhetoric from school board members and union officials, the perception is that all the terms in teachers contracts — from instructional time to salary scales and dismissal policies — are hammered out by teachers union leaders and school officials in smoked-filled rooms. This isn’t necessarily so. If anything, the terms and clauses are shaped in state legislative chambers, board of education meeting and by other state bodies long before negotiations begin.

The report I have co-authored, Invisible Ink in Collective Bargaining Agreements, offers a sobering analysis of the extent to which state policy actually dictates the conditions under which teachers will work and how will they be paid. More importantly, it shows the extent to which state law actually influences which kind of collegians are lured into the teaching profession, how they are trained and retained, and what teachers focus on in their long-term skills development:

Invisible Ink also looks at the political reasons why states have become the driving force in shaping the teaching profession along with the level of difficulty each of the parties at the heart of the conflict over education reform face in implementing their own visions for improving schools.

Feel free to check out the report and check out NCTQ’s collective bargaining database, an important resource on teacher issues. And I appreciate your comments.

One cheer for the three Rs

RiShawn Biddle
Comments Off on One cheer for the three Rs

Welcome American Spectator readers. As you can see, Dropout Nation is still a work in progress, but an important work nevertheless. Feel free to reach me with any questions at…

Welcome American Spectator readers. As you can see, Dropout Nation is still a work in progress, but an important work nevertheless. Feel free to reach me with any questions at rbiddle-at-rishawnbiddle.org. This evening, I’ll be profiling what the Dropout Nation looks like, both from an economic and social perspective.

The piece I wrote today for the Spectator points out one of the bigger challenges for school reformers, especially those interested in stemming the nation’s dropout crisis: Getting parents on board to make reforms a reality. For poor parents — as I will point out on Dropout Nation — it’s less an issue of disinterest as it is a limitation of vision. They have never seen good schools at work, never had much in the way of choice when it comes to curricula and have had terrible experiences, both with schools and with markets. So school reform is difficult for them to grasp.

Middle-class parents, on the other hand, have not fully seen a functioning education market either, mainly because it doesn’t exist. But for them, they think of academics as a secondary factor to their other aspirations, both for themselves and their children. If the academic reforms don’t match the lifestyle and aspirational concerns of these parents, then they won’t fly.

School reformers, both on the left and right, have a real problem on their hands. Far too many have thought about school reform in terms of civil rights and saving poor children. This is a fantastic message. But they must also deal with the concerns of the middle class, who may not think the status quo is working, but aren’t so willing to change it if doing so runs counter to their own choices. As I noted today in the Spectator, this won’t be an easy task.

RiShawn Biddle
Comments Off on Why Dropout Nation?

Ninety percent of America’s high school students graduate. Or so education officials in Indiana and the rest of the nation touted in graduation rates submitted to the public and the…

Ninety percent of America’s high school students graduate. Or so education officials in Indiana and the rest of the nation touted in graduation rates submitted to the public and the federal government.

Those statistics, however, weren’t even close to reality. They, instead, hid a dropout crisis draining the nation’economy and more importantly, condemning generations to the underclass.

One out of every four high school students in Indiana drop out by their senior year; 345,000 young Hoosier likely dropped out between 1986 and 2006. IPS, located in that state’s largest city, is home to some of the nation’s worst ‘dropout factories’ with four out of every ten students dropping out; four of out of every five young Black and White males drop out by senior year, according to the Schott Foundation for Public Education, the worst dropout rate for males in both races in the nation.

One out of every three students in attending high schools in Texas and North Carolina will eventually drop out. Three out of every ten California high school students are dropping out of school. One of every two students in the Los Angeles Unified, the nation’s second-largest school district, never finish school, according to Education Week; this is contrary to the district’s reported dropout rate of 25 percent

One out of every four American high school freshmen — 849,000 young Americans — eventually drops out. They are condemned to poverty and welfare, unable to succeed in a high-tech economy in which even auto mechanics and welders are also knowledge workers. Many of them, especially Black men, will fill America’s prisons and jails as they turn to crime in order to survive. Their children children never learn the middle class skills needed to succeed.

This dropout crisis is at the root of the urban decay in so many of America’s cities and rural areas. It’s a brain drain that taxes the nation’s competitiveness in the global economy. Yet for years, officially-reported numbers didn’t reflect the reality and in many cases, still doesn’t. This lack of honest accounting, both on graduation rates and other educational statistics, has, until recently, encouraged inaction on stemming dropouts.

The passage of the No Child Left Behind Act in 2001, which makes graduation rates as important as test scores in measuring middle and high school performance, didn’t stopped states from misrepresenting those numbers. But the law is spurring a new generation of education reformers, both conservative and left-leaning, to finally hold states and schools accountable, forcing them to deal with the underlying factors behind both the faulty numbers and the dropout crisis itself.

Dropout Nation, which originates from the series of editorials I wrote and co-authored for the Indianapolis Star since 2005, will focus on this crisis, how the nation got here and why fixing it remains a challenge. This includes features on new research and shedding light on the flaws in the arguments of those who contend that a dropout crisis isn’t so.

More importantly, it will detail the human toll of this crisis and how a group of reformers — from researchers such as Robert Balfanz and Jay Greene, to grass-roots activists such as Phillip Jackson of the Black Star Project — are forcing school officials to finally admit that their traditional methods of educating students is a failure.

Most of all, it is about the lives who are struggling to live, make a living, even go back to school. They are the every reason why solving the dropout crisis is the most important task we must take up this century. Education equals better jobs, healthier living and ultimately, a better life.

END_OF_DOCUMENT_TOKEN_TO_BE_REPLACED
Comments Off on Why Dropout Nation?