There are some amazing things about the internecine battle within the school reform movement over efforts to end overuse of out-of-school suspensions and other forms of harsh traditional school discipline, and the effort by so-called conservative reformers to overturn the U.S. Department of Education’s Obama-era guidance to districts on school discipline reform. One is the unwillingness of opponents of school discipline reform, especially Michael Petrilli of the Thomas B. Fordham Institute and Max Eden of the Manhattan Institute, to actually engage the three decades of high-quality research that shows that far too many children, especially Black and American Indian kids, are suspended often. The other? That those very opponents attempt to use low-quality research that doesn’t actually prove their defense of such practices, often to ignore the volumes of evidence standing against them.

These two matters become especially clear this morning in an op-ed by Eden in US News & World Report that declares that reducing the overuse of suspensions — especially restrictions on using suspensions for minor infractions such as disruptive behavior that can be addressed through other means — is somehow causing “substantial academic damage” to children in classrooms. Primarily citing a study by Boston University graduate student Dominic Zarecki on Los Angeles Unified School District’s move five years ago to stop suspending children for acting out in class, Eden argues that “suspension bans hurt kids”, hinders the efforts of teachers to manage their classrooms and leads to lower student achievement.

Yet contrary to Eden’s assertions, the study itself doesn’t offer much in the way of hard conclusions. One reason? Because the study doesn’t use student-level academic data. As conceded by Zarecki (who, for some odd reason, goes unnamed by Eden in his op-ed), the study is based on school-level data which doesn’t follow an actual cohort of L.A. Unified students over a period of time. The other problem: That it doesn’t track impact over a period longer than two years. This is a problem especially given that the long-term effects of a reform or an effort can take years (including adjustments in implementation such as improved teacher training) to manifest. Since the study itself doesn’t actually look at student performance over time, or even accounts for matters such as student migration, it “lacks the data granularity” needed to look at how reducing suspensions impacts individual students or even particular groups, much less actually offer any conclusions worth considering. Even Zarecki concedes that based on additional analysis, L.A Unified’s ban “may have had no causal effect” on achievement.

Certainly a study using longitudinal student-level would be hard to do in part because of the efforts by California Gov. Jerry Brown to kibosh more-robust school data systems. But it wouldn’t be impossible. After all, the Los Angeles Times did exactly that in 2010 with its value-added analysis of teacher performance within the district, gaining access to the data after a Freedom of Information request to the school system. Researchers tend to have an easier time obtaining data, especially since they are willing to safeguard privacy and, in many cases, even withhold the name of the district itself (though there are often enough details to figure out which school operator was the subject). Zarecki, who also works for California-based charter school operator Fortune Schools, can easily get in touch with L.A. Unified’s data department if he chose to do so. There is no justifiable reason why the data couldn’t have been obtained for this study.

Put simply, this study is of low-quality. Especially when compared to the research on school discipline that has been conducted over the past decade alone. This includes the 2012 study conducted by a team led by Johns Hopkins University scholar Robert Balfanz that used eight years of student-level longitudinal data to determine that overuse of out-of-school suspensions in ninth grade were positively correlated with likelihood of dropping out of high school, as well as Balfanz’s renowned 2007 study on developing early warning systems with Lisa Herzog of the Philadelphia Education Fund (which also used eight years of student data, this time, from the City of Brotherly Love’s traditional district) to reach the same conclusions.

This lack of high-quality, along with the short time span being measured, is a problem shared by other studies promoted by other opponents of reforming school discipline. Take the study released last month by Petrilli’s Thomas B. Fordham Institute on Philadelphia’s school discipline reform efforts. Eden also cites the study in his piece. The study’s main conclusions — including the assertion that reducing suspensions for non-violent offenses have little effect on achievement — are also based on two years of school level data that doesn’t actually measure how the reforms impact student achievement. [It also doesn’t take into consideration how well individual schools implemented the reforms, a matter that is discussed by the University of Pennsylvania’s Consortium for Policy Research in Education in a similar study also released last month.] That the study uses school-level data instead of student-level data also means that the conclusions have little value. 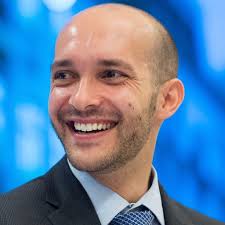 Manhattan Institute’s Max Eden, along with other opponents of school discipline reform, has a tendency to misuse and overstate data.

In fact, the only useful study the Petrilli-Eden crowd have at their disposal is one conducted last year by a University of Arkansas team led by Gary Ritter. The study, which is based on six years of student-level data, concludes that out-of-school suspensions on their own don’t have a negative impact on student achievement and may lead to “slight” improvement in standardized test performance. But even the Ritter study is little use to them. One reason: Because the study itself doesn’t look at the impact of any particular school discipline reform (the study merely looks at possible impact of suspensions on achievement), it isn’t useful in any argument against those efforts. Another is the fact that the study doesn’t actually measure impact of suspensions based on the number of days kids are kept out of school; in the case of Arkansas, a suspension of more than 10 days is considered an expulsion, which means that thousands of children and their student achievement data have likely been excluded from the study, a limitation conceded by Ritter and his team. [Others have expressed their own concerns about the study.]

Meanwhile Ritter and his team honestly concede that decades of research show that overuse of suspensions damages children when you look at graduation rates and other data. In fact, they concede that school leaders and policymakers can have justifiable reasons for reforming school discipline. Ritter himself publicly stated that his study doesn’t argue for halting school discipline reforms and shouldn’t be used as justification for ending the Obama Administration’s guidance, the bete noir of the anti-school discipline reform crowd.

Despite these caveats, opponents of school discipline reform have insisted on using the study to bolster their case. Eden, in particular, mentioned the Ritter study as a supporting example last month in his testimony to the U.S. Commission on Civil Rights during one of its hearings. But this isn’t shocking. Eden also mentioned a 2014 study by Russell Skiba of Indiana University, the leading scholar on school discipline reform, to support his argument that racial bias wasn’t a factor in why Black, Latino, and American Indian children were suspended at far higher levels than White peers. Eden did this even though Skiba’s study actually focused on student misbehavior and concluded that minority children weren’t worse-behaved than White counterparts, and therefore, didn’t explain why those kids were suspended at higher rates than White children in the first place.

But again, Eden’s seemingly deliberate sloppiness in handling data and evidence, along with that of his allies, is not shocking at all. Eden was called out by Daniel Losen of the Civil Rights Project at UCLA during the Commission on Civil Rights’ hearing for making arguments not borne out by his own data. Meanwhile Fordham and Petrilli, who work alongside Eden on opposing school discipline reform efforts, has been called out several times by Dropout Nation and other researchers for other incidents of reaching conclusions unsupported by data. This includes misusing data from NWEA to claim in a 2011 op-ed that focusing on achievement gaps harmed high-achieving students (as well as a study published months earlier that attempted to do the same).

What does become clear is that Eden, Petrilli and company do all they can to dance around what decades of data has proven beyond dispute: That far too many kids are suspended and expelled from school. That those practices do little to improve student achievement, enhance school cultures, or make kids safer. That children from minority households are more likely to be suspended, expelled, arrested and even sent to juvenile justice systems than White peers, even when they are referred to dean’s offices for the same infractions. That also suspensions are far more-likely to be meted out over minor matters such as disruptive behavior and attendance than for violent behavior and drug activity. That soft and hard bigotries among White teachers toward poor and minority children are underlying reasons why those kids end up being suspended more-often than White counterparts. And that teachers and school leaders often use suspensions and expulsions to  to let themselves off the hook for the failure to address the illiteracy that is usually at the heart of child misbehavior.

Given all the facts, it becomes clear that Eden, Petrilli and their allies have little interest in dealing honestly with data and evidence on the damage of overusing harsh school discipline. Which makes them untrustworthy when it comes to the mission of the school reform movement to help all children succeed in school and in life.