RiShawn Biddle
Comments Off on The Integration Mirage

If the Century Foundation and other advocates for socioeconomic integration are believed, Cambridge Public School in Massachusetts is supposedly the model for harmonious, high-quality educating of all children regardless of background. This is because “73 percent of schools were balanced by race in the 2011–2012 school year” and 64 percent of them were “balanced” by socioeconomic status (including percentage of kids on free- and reduced-priced lunch plans). Declares Century in its lullaby to the school: “Cambridge remains a leader in school integration”.

Yet a Dropout Nation analysis of data from the U.S. Department of Education offers a much different story than what Century and others want to promote. If anything, the rationing of opportunity for high-quality education is as much a problem in Cambridge and other districts considered successes of integration as they are in the nation’s most-highly segregated traditional districts.

Just 8.5 percent of Cambridge’s 577 Black high school students — 49 of them, to be exact — took Advanced Placement courses in 2013-2014. This is four times lower than the 34. 5 percent of White peers (226) taking the college preparatory coursework. [Sixteen-point-four percent of Latino high schoolers took AP that year.]

It gets only slightly better when it comes to access to calculus, trigonometry and other forms of advanced mathematics. Twenty eight-point-four percent of Black high schoolers took college-preparatory math in 2013-2014. But that still trailed the 48.4 percent of White peers who took those course. [Some 35.2 percent of Latino high school students took calculus and advanced math.]

Meanwhile there is another form of denying opportunity that is pernicious within Cambridge — in the form of who gets put into its special ed ghettos. One out of every four Black children in Cambridge’s district — 25.9 percent of Black children in its care — are labeled special ed cases, as are 25.4 percent of Latino peers. This is almost double the (also far too high) 14.2 percent of White children placed into special ed. Based on those numbers, a Black or Latino child in Cambridge has a one-in-four chance of being denied the high-quality teaching and curricula they need for lifelong success. 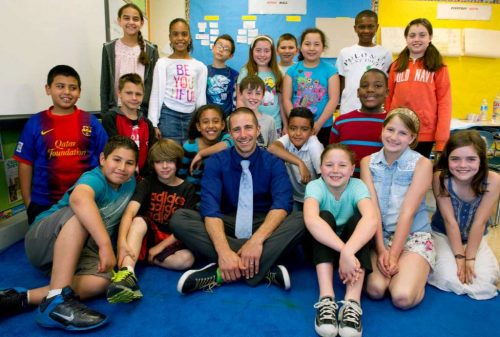 Districts such as Stamford Public Schools are touted as examples of success in integration. But the data proves that illusory.

For all of Century’s talk about Cambridge representing the success of socioeconomic integration, the data on equality of opportunity doesn’t support it. But this should be no surprise — especially to otherwise-sensible outfits such as the Center for American Progress (which released its own call for integration this week). Because integration has never proven to be the solution for the nation’s education crisis and its damage to the futures of poor and minority children that its proponents claim it to be.

Take the Jefferson County district in Louisville, Ky., another district that has been touted by Century and others for efforts on integration. Back in October, the foundation bemoaned an effort by the state legislature to end its “controlled choice” effort and allow families to send their kids to neighborhood schools. Just 11 percent of the district’s Black high schoolers and 18 percent of Latino peers accessed AP courses in 2013-2104, versus 28.5 percent of White high school students. Only 12 percent of Black high school students and 14.2 percent of Latino peers took calculus and advanced mathematics; this is lower than the 21.5 percent of White peers who accessed those courses.

Another ‘model’ for integration is the Stamford district in Connecticut, which has been credited by Century for “remarkable success maintaining racially and socioeconomically desegregated schools”. Yet only 14 percent of Black high school students and 17 percent of their Latino peers took AP courses in 2013-2014, compared to 40.5 percent of White peers. Just 15.1 percent of Black high schoolers and 14.3 percent of Latino counterparts took calculus and other advanced math, two times lower than the 32.2 percent participation rate for White peers.

Your editor can go on and on with each of the nine examples Century touts as models of success in socioeconomic integration — as well as point out other examples such as Clinton Separate School District in Mississippi. But that would be piling on. What the data points out is that for all the claims advocates make, socioeconomic integration doesn’t address the underlying issues that keep poor and minority children from receiving the high-quality teaching, curricula, and cultures they need for lifelong success.

Socioeconomic integration doesn’t deal with the reality that mixing Black and Latino faces into White spaces doesn’t address the myriad ways traditional districts deny opportunities to them. This includes the gatekeeping by school leaders, teachers and guidance counselors of gifted-and-talented programs that are the first steps towards kids attending AP and other college-preparatory courses, the low-quality instruction and curricula in regular classrooms that keep Black and Brown kids off the paths to success, and even selective high schools such as those of New York City, which Contributing Editor Michael Holzman has shown to be forms of “segregation by another name”.

Oddly enough, the magnet schools and other “controlled choice” models integration-as-school reform advocates often tout are among the worst offenders. One reason? Because they are as much used by districts as tools for luring and keeping White families at the expense of poor and minority children as they are mandated by courts for integration. [By the way: The power to use choice and high-quality education as a political tool is one reason why traditional districts oppose the expansion of charter schools in the first place.] Basically, magnets and controlled choice deny our most-vulnerable children access to high-quality education in the name of socioeconomic balance. Even worse, the approaches are no different in practice than the kinds of “curated segregation” that take place in many cities today. 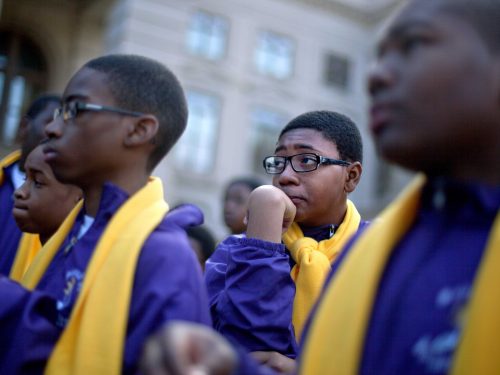 There is a reason why charters have become the choice of so many Black families: Because of the opportunities for children to have their cultures and lives affirmed.

Integration also doesn’t address the failure to provide poor and minority children with teachers who are subject-matter competent and also care for them regardless of their background. As Dropout Nation noted last month, far too many Black and Brown children are taught by teachers who subject them to the not-so-soft-bigotry of low expectations, harming their chances for high school graduation and college completion. Nor does integration address the need to overhaul how we recruit, train, and compensate teachers, deal with the need to bring more talented Black people (including midcareer professionals ready to work with kids) into classrooms, or even the near-lifetime employment rules (in the form of tenure) and teacher dismissal policies that keep so many low-quality teachers in classrooms often filled with the descendants of enslaved Africans.

Addressing those underlying issues requires undertaking the kinds of teacher quality overhauls reformers have been pushing for the past two decades, ones that integration-as-school reform advocates often oppose. Put bluntly, it is difficult for your editor to take integration advocates seriously when they refuse to deal honestly with the consequences of policies and practices that allow educationally-abusive teaching to fester.

Meanwhile integration fails to address the restrictions on opportunity for poor and minority children that result from the traditional district model as well as the zoning policies and property tax-based finance systems on which it is sustained. Integration does absolutely nothing to address how districts use their dependence on property tax dollars to oppose the ability of poor and minority families in other communities (who finance those schools through state and federal dollars). Nor does it stop districts from using school zones and magnet schools as tools for denying opportunity to the Black and Brown families who live within them. And it definitely doesn’t stop White communities seeking to secede from integrated districts from doing so.

It’s long past time to break the ties between educational opportunity, property taxes and housing policy. This means moving away from a model of public education built upon districts and school boundaries (which integration merely overlays) to one in which states finance high-quality opportunities from which all children and families of all backgrounds can choose.

Finally, what integration advocates fail to admit is that their approach is patronizing to the very Black and Brown families for which they proclaim concern. This is because throughout American history, integration (along with its kissing cousin, assimilation, about which American Indians know all too well) has always been based on the racialist idea that Whiteness is superior, that White people are better, and that if it isn’t close to White or attended by White, then it is inferior, and by implication, should be destroyed.

Anyone who has gone to a Historically Black College and University, or been to a rural White school knows this isn’t true. Even worse, it is unconscionable and immoral for anyone to believe it or embrace it or perpetuate it. But the fiction remains as pernicious and destructive now as it was during the heyday of integration in the 1960s and 1970s when schools in Black communities were shut down instead of being provided with the resources they needed to serve children properly. If allowed to re-emerge, that thinking will damage the new efforts Black and Latino people are doing now to help their children succeed on their own terms.

For Black and Latino families who just want and deserve high-quality schools in the communities in which they live that also affirm their cultures, where their kids also go to schools with kids who look like them, where they know that they can succeed (even when they are told otherwise), integration remains what Charles Ogletree once called a false promise. Based on the data, their feelings are justified. They are also tired of having their children being forced to teach White people’s children how to treat them with respect, and exhausted with negotiating with White people for the resources their children are supposed to get by law. Those feelings are also well-deserved. Integration does nothing to affirm the people it is supposed to help.

If we want to build brighter futures for all children, especially those Black, Brown, and poor, we have to get to continue to overhaul the policies and practices that keep them from getting the knowledge they deserve. Focusing on integration as the solution merely papers over the hard work that must be done.

A Holy Call for School Reform