Below are prepared remarks by your editor for a panel at a confab hosted yesterday by Faith Leaders for Excellent Schools’, a coalition of pastors in Baltimore working to transform public education in both Charm City and the nation. The event, which featured former U.S. Secretary of Education-turned-Education Trust President John B. King, FLES cofounder and Maryland State Board of Education Board Member Pastor Michael Phillips, and Baltimore City Schools Chief Executive Sonja Brookins Santelises, focused on helping pastors and others understand what they must do for kids in order to make the state fulfill its obligations under the Every Student Succeeds Act as well as address school finance.

Good morning! It is great to see all of you champions for our children. You are already working to transform our communities and the world for our children and families, and serve the least of us as the Beatitudes command. I am here to help you gain perspective on the issues in education here in Maryland that need to be addressed so that all of our people get the knowledge they need to survive.

As Secretary King has noted, the current administration has little concern for our children, especially our Black children. I go further and say that this is a regime bent on committing educational genocide and, when it comes to our immigrant children, what can only be called low-grade ethnic cleansing. We are a nation in moral and political crisis.

But I always say that the problem isn’t the active bigotry and evil of the very few. This administration is the very few. The problem lies with the vast indifference of the unhuddled masses to the futures of children and communities not their own. It is the failure of all of us to remember, as Hezekiah Walker would tell, to pray for you, to pray for me, to love each other, we need you to survive.

The evil may be in Washington, But the indifference is happening here in Maryland, in our very own communities, and it has been happening long before the current Occupant of the White House took office. It is rooted both in the legacies of the bigotry that is America’s Original Sin, and, at the same time, a result of current policy decision that are harmful to our children.

I think about a farmer named John Hawkins, who is buried in Sacred Heart Church in Bowie, where I live. He was born into slavery in 1832 and spent his first three decades of live without freedom or education. By 1870, when the U.S. Census was taken that year, John had to admit that he never learned to read or write. All because systems and people made decisions to deny him the gateways to the world.

John would eventually learn to read and died in 1912 literate and as free as they allowed Black people to be back then. But imagine what his life would have been if he had free to live, free to learn, and given access to high-quality education for the time to maximize that freedom

Today in Baltimore and in Maryland, we have plenty of Johns and Janes in our schools and in our communities. They weren’t born into chattel slavery. But thanks to legacies of the past and decisions made by people today, these young people have been denied knowledge that can help them build brighter futures for themselves, their families, and their communities.

Maryland leaders lie about how well children are being educated, especially Black children often been wrongly placed into special education because they can’t read. Over the years, the state has excluded as many as 60 percent of special ed students from the nation’s chief exam of measuring how schools educate children.

This means Maryland lies to parents, to caring adults, to faith leaders just like you. Even worse, its leaders lie to children who deserve great teachers and comprehensive curricula. 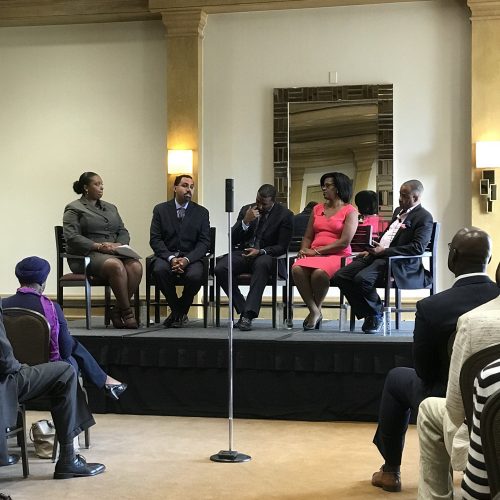 Most Black children in Maryland are ill-prepared to graduate from college or technical schools or apprenticeship programs. They have been condemned to poverty and despair.

Maryland leaders lie about the roles families and communities can play both within schools and in the decisions being made in Annapolis about what we should know about how well our schools are serving children. The state just passed a law effectively allowing many schools to continue failing our kids, and make it difficult for us to do anything about it.

Maryland leaders are keeping people like you, faith leaders, from transforming schools and systems on behalf of the children who sit in your pews — and those who are outside on our streets.

Finally, Maryland leaders lie about how they want Black children to be treated. They may talk about their concern for them. But they support harsh school discipline policies that keep them from learning — and worse, don’t address the learning issues often at the heart of bad behavior. There is no reason why thousands of Baltimore City Black children are suspended, expelled, arrested, and sent to courts year after year after year.

The solutions to this crisis in education require the hearts and hands and voices of many people. This includes faith leaders such as you. This is because you touch all of the men and women in our communities who are the messengers we need to demand high-quality education for our children, the villagers who raise all of our kids.

Your churches are home to Divine Nine fraternity and sorority meetings. Politicians come to your doors t solicit support. You are the only ones who will be in these communities long after teachers leave and superintendents move on to greener pastures. You have power that only those called by God can wield.

All of us, from faith leaders to those in and out of the pews, must be the ones who knock down the doors and are in the meetings where policy is being made. Because, as they say, if you aren’t at the table, you are the menu. And throughout history Black people aren’t the apple pies decision-makers enjoy eating, but the broccoli they throw into the trash.

We cannot be surprised that school reformers, especially some folks on our state board of education, didn’t solicit us earlier this year in the fight against eviscerating school accountability. They have never thought about including us in crafting policy. Same is true for those who defend the policies and practices that have damaged generation after generation after generation of Black children in our state. Our children and communities are the furthest from their minds.

Because we know that our concerns aren’t necessarily those of the people at the state capital, we have to stick our noses into the rooms and stick our necks out for all of our children. The children who are our own by birth. The children who we never birthed or conceived. Even the children we will never see in the pews and never know by name.

We have to ask every child we meet how they are doing in school. We have to demand teachers, principals, even superintendents, to show, not tell, how they are helping build brighter futures for all of our children. Particularly as faith leaders, you must organize, work the corridors of power, feed the children intellectually, spiritually, and physically, and advocate tirelessly.

Because as Christ commands, when we do for the least of us, for the most-vulnerable of us, we are also doing for Him. We must end the vast indifference of the unhuddled masses. Which means we must be few who galvanize the many to transform schools and systems and futures for children on behalf of He who created us.

Organizing to Do Better for Children