There’s a lot for Alabama to be ashamed about these days — and we’re not just talking about a history of state-sanctioned bigotry that reached its apex under the infamous George Wallace. From the presence of disgraced jurist-turned-senator Jeff Sessions as U.S. Attorney General under the Trump regime, to the current occupant of the White House’s race-baiting against Black athletes for their protests against police brutality to the cheers of a crowd at an event in Huntsville, to Tuesday’s election of the twice-remove jurist Roy Moore, an avowed bigot against Muslims and gay people, as the Republican nominee for Session’s former senate seat, there is little about which citizens of the Yellowhammer State can take any pride.

But Alabama’s biggest shame lies with its public education systems. Already among the worst-performing among the generally low-performing super-clusters within American public education, Alabama’s districts seem bent on suspending and arresting as many Black children as possible. That’s the only conclusion that can be reached from a Dropout Nation analysis of data submitted by the state to the U.S. Department of Education.

One thousand five hundred eighty-five Black children were either arrested at school or referred to juvenile justice systems in 2013-2014, according to data in the Civil Rights Data Collection. While that equates out to six-tenths of one percent of all Black children attending school in the state, that percentage four times higher than the one-tenth of one percent rate of arrest and referrals for their White schoolmates (of which a mere 750 were either arrested or referred to courts that year). 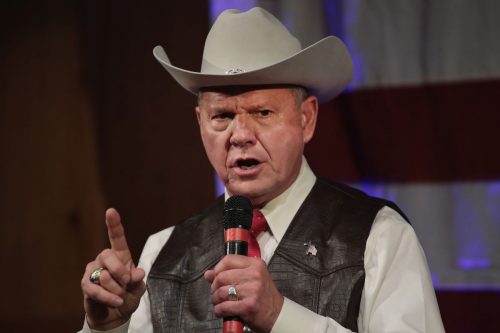 Disgraced jurist-turned-Republican senatorial nominee Roy Moore is just the most-prominent disgrace for the Yellowhammer State. Its schools do even worse.

Being arrested or referred to courts, of course, are just two of the consequences poor and minority children can face as a result of adults in schools over-disciplining children. Most children are subjected to other harsh forms of punishment, often for behavior that can be addressed through other means, especially by addressing illiteracy and other learning issues.

Districts and other school operators in Alabama meted one or more out-of-school suspensions to 32,706 Black children in 2013-2014. That equals out to 13.2 percent of all Black children attending school that year. That rate is double the 6.9 percent statewide average, and the 3.8 percent out-of-school suspension rate meted out to White peers. Again, Black children account for six out of every 10 children suspended from school despite making up barely a third of the state school population, while White peers account for only three out of every 10 children suspended.

Districts mete out corporal punishment — yes, spankings — to 6,055 Black children in 2013-2014. Put simply, 2.4 percent of Black children were given the kinds of harsh punishments normally reserved for parents (who researchers argue also shouldn’t spank children, either). That’s just slightly higher than the 2.2 percent rate for all children in the state, and the 2.2 percent rate for White peers. Corporal punishment is one of the few areas in which White children are more-likely to suffer more; they made up seven out of every 10 children spanked that year, versus four out of every ten Black peers. Altogether, 16,223 children in regular classrooms were spanked in 2013-3014, making Alabama the third most-permissive state (after Mississippi and Arkansas) in that category.

An even harsher punishment meted out by Alabama districts comes in the form of restraints (children being tied up) and seclusion (also known to prison inmates as solitary confinement). Both practices are used by districts in their discipline of children condemned to special ed ghettos. But even Alabama children in regular classrooms get subjected to this harsh discipline. Especially if they are Black.

Put simply and succinctly: When a child is disciplined in an Alabama school, it is usually the descendant of enslaved Black people.

Certainly given the political climate of the state, none of the results are shocking. But the issues go beyond politicians who have tangential relationships to public schools. 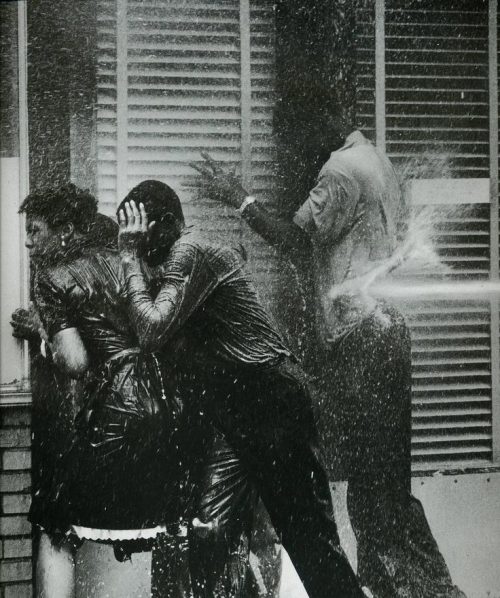 Little has changed educationally for Black children in Alabama since the day of Bull Connor and the Birmingham Campaign.

Two years ago, a federal court judge ruled that Birmingham’s traditional district, along with the city’s police department, were unconstitutionally using pepper spray and other so-called nonlethal weapons on children who posed no threat of violence. Some 110 incidents of pepper-spraying (involving 300 children) occurred in the district since 2006, according to the Southern Poverty Law Center in that lawsuit, which was filed on behalf of eight students sprayed with Freeze +P. [The tort is under appeal.]

Another district, Dothan City Schools, was forced to overhaul its discipline policies last year after it was revealed that Black children accounted for all of its expulsions in 2015-2016, and 85 percent of those suspended and disciplined through other means. Half of all out-of-school suspensions in the district were meted out at three predominantly-black elementary schools. In one particular incident mentioned in a complaint to the U.S. Department of Education, the district meted out a month-long out-of-school suspension to a seven-year-old Black boy with medical issues with his bladder and no previous history of misbehavior after wetting his pants; his teacher wouldn’t let him go to the bathroom and threatened to lower his grade because of frequent trips to the restroom.

Meanwhile Alabama’s districts has been on the national radar for its overuse of harsh school discipline. It was ranked fourth in the nation for meting out high levels of out-of-school suspensions on young Black men and boys (based on 2011-2012 data), according to the Civil Rights Project at UCLA; young Black men made up 36 percent of all boys and young men suspended  one or more times by Yellowhammer State districts despite making up far less of the student population; white men and boys only made up 12 percent of those suspended one or more times. Alabama also ranked fifth in the nation for suspending young Black women; they made up 23 percent of all young women suspended versus a mere six percent of white female counterparts.

One of the problems lies with the fact that Alabama is one of 15 states that explicitly allows teachers and school leaders to spank and otherwise administer corporal punishment on children. Such leeway essentially means that adults who are charged with the care of children often end up spanking kids as a tool to keep them in line. This despite decades of evidence that corporal punishment is more-likely to make children misbehave than help them manage themselves and their behavior.

Another problem lies with the state’s school discipline code. Seclusion was long prohibited by the state. But by 2011, districts were allowed to put children in solitary confinement so long as the space was unlocked “appropriately lighted,” “appropriately ventilated”, and an adult is there to monitor the child. While the state officially bars mechanical restraints, districts still manage to violate those prohibitions, with nearly all of them being Black.

Meanwhile districts in Alabama have a tendency to focus on minor incidents of student misbehavior that can be addressed through other means. Disruptive behavior, defiance, disorderly conduct, profanity and “disruptive demonstrations” account for 57 percent of incidents reported by Autauga County’s traditional district in 2013-2014, according to Dropout Nation‘s analysis of data from the state’s department of education. Such focus on minor incidents is particularly troublesome for Black children because data shows that they are more-likely to be suspended in such cases than their White peers. As John Wallace of the University of Pittsburgh showed in his  2008 study on referrals to dean’s offices, young black men in 10th grade are 30 percent more-likely to be sent to dean’s offices for punishment than their white male peers — and 330 percent more-likely to be suspended afterwards than white counterparts.

But this isn’t shocking. At the heart of the overuse of harsh school discipline in Alabama (as well as in the rest of America) is the belief that only some children are worthy of receiving high-quality education. This can be seen in other indicators — including the fact that only 7.5 percent of Black seventh- and eighth-graders in the Yellowhammer State receive Algebra 1 courses needed for success in college and career, a rate far lower than the already abysmal 10.3 percent rate for the state as a whole (and the 11.7 percent for White peers). The use of harsh school discipline is less about the children than about the adults making the decisions. And in nearly all cases, school operators in Alabama use harsh school discipline as ways to excuse themselves from dealing with the learning issues of the children they are supposed to serve.

When districts are suspending and disciplining 16 percent of Black children year after year, they are guaranteeing that those children will not learn, will fall behind academically, and will end up in poverty and prison. When the adults working in those districts are treating Black children in their care like criminals, they also teach adults outside of schools to do the same. What is clear in Alabama is that many teachers and school leaders think Black children aren’t supposed to learn. Which is sadly reflective of the bigotry the politicians in that state believe of anyone who isn’t White or Christian.

There are plenty of solutions to this problem, many of which have been outlined in previous essays and analyses on these pages. Given the resistance of the Trump Administration to advancing reform of school discipline, it will take reformers on the ground as well as advocates on the national to address these issues. Most importantly, though, ending this form of educational abuse requires changing the hearts and minds of those who work in the schools that serve Alabama’s Black children. That is a long-term fight that we must do. Especially in Alabama.

King and Lhamon on the Fight for Children's Future