RiShawn Biddle
Comments Off on Walter Scott and School Reform

Yesterday’s mistrial in the proceedings against former North Charleston Police Officer Michael Slager for murdering Walter Scott wasn’t shocking. After all, the jury had announced the Friday before that one juror declined to find Slager guilty. Just as importantly, even in cases such as that of Scott in which there is irrefutable videotaped evidence of rogue policing, jurors rarely find cops guilty for misconduct and wrongfully using deadly force. Considering that cases such as that of Scott and Eric Garner (whose murderer, New York City Police Officer Daniel Pantaleo, was allowed to go free by a grand jury) are rarely adjudicated, it is amazing that Slager was indicted at all. The good news, if that can be claimed, is that at least six people thought Slager should be convicted — and that the district attorney in the case will retry him again.

All that said, it is impossible to understate the pain Scott’s family is going through. They lost their loved one in what should be the enjoyable years of middle age all because Slager, who had already been cited in two complaints for abusive behavior with tasers, decided to stop him for a broken brake light, then murder him in broad daylight. Slager brutally slain a man for no reason other than for his own ego — and for that, he deserves nothing less than God’s judgement and prison time. And Scott’s family continues to need our prayers for them to find justice and peace beyond understanding.

For communities black and brown, the mistrial was just another reminder that their chances of gaining any measure of human justice, especially when they are victimized by rogue police officers, is slim to none. It is also a reminder that black men often take the brunt of harm in their interactions with law enforcement; numerous studies, including the controversial analysis from Harvard’s Roland Fryer, have shown consistently that cops are more-likely to be stop and subject black men to harsh force regardless of incident than they are against white peers. Which puts black men at higher risk of ending up in body bags.

What does the Slager mistrial have to do with school reformers? Plenty. As I wrote two years ago, you can’t proclaim to be a champion for all children if you are not championing them at all times. After all, you can only reach people when your care and consideration for the matters of their greatest concern. Just as importantly, the school reform movement cannot sustain its efforts without support from communities who are also dealing with the other issues that result from (and contribute to) low-quality education.

As you already know, there are many in the school reform movement who disagree with this assessment. Within this year alone, folks such as Robert Pondiscio of the Thomas B. Fordham Institute have complained that efforts by peers to support criminal justice reform — especially the Black Lives Matter movement that emerged in 2014 after the murder of Michael Brown — is essentially an effort to push conservative reformers out of school reform altogether. For folks like him, the emergence of civil rights-oriented reformers into the vanguard essentially crowds out the more-conservative thinking that has long-dominated the movement.

Other conservative reformers such as Jay P. Greene argue that even discussing Black Lives Matter and social justice issues causes division when the focus should only be on transforming education. As far as Greene and his colleagues are concerned, the last thing reformers need to do is engage in discussing matters on which there is no consensus and therefore, becomes harder to rally support for solutions to the nation’s education crisis.

As far as Pondiscio’s argument is concerned, there isn’t really more to say other than you can’t call for ideological diversity (as he has) and then complain when you get it. As Pondiscio’s former colleague at Fordham, Kathleen Porter-Magee, rightfully argues, embracing new voices and new ideas is critical to systemic reform. More importantly, we should be as morally concerned about stopping state-sanctioned racism civil rights against black and brown children and their families as we are about failure mills that also damage their lives and futures.

As for Greene’s point: It is pure nonsense. One of the most-interesting aspects of the criminal justice reform movement is that it has been as championed by many conservatives and libertarians (including Radley Balko of the Washington Post, Jonathan Blanks of the Cato Institute, Congressman Justin Amash, and Atlantic Monthly‘s Conor Friedensdorf) as it has been by progressives and Black Lives Matter activists. Cato, in particular, is holding a conference this week tackling such issues as mass incarceration and militarization of police departments (including those harming children in our schools). 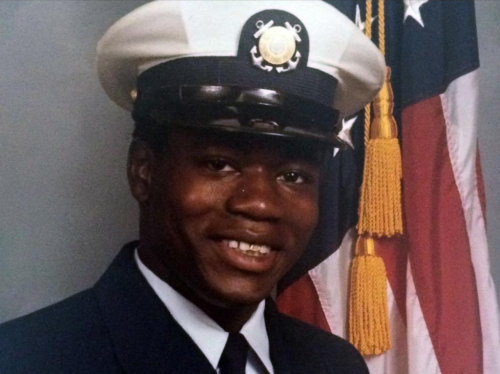 If conservatives and libertarians who spend little time on education can find common cause with Black Lives Matter activists, why can’t those who are primarily concerned with building brighter futures for children?

Meanwhile there is another reason why reformers should work together with criminal justice reform advocates that has become more-important than ever: The threat to the movement’s very aims posed by the incoming administration of Donald Trump.

As Dropout Nation has argued repeatedly last month, the President-Elect’s appointment of longtime reformer Betsy DeVos as U.S. Secretary of Education (as well as the association of some conservative reformers with the transition) threatens to associate the laudable goal of helping poor and minority families gain access to high-quality educational opportunities with an incoming administration already associated with bigotry, nativism, and anti-Semitism. This isn’t just a threat to choice. The success of the movement itself continues to depend on a bipartisan and socioeconomically diverse coalition that includes progressives, Centrist Democrats, and black civil rights activists for whom bigotry against children black and brown is a major concern.

Tackling criminal justice reform — which will be opposed at every turn by the incoming Trump Administration — is an important way to signal bipartisanship as well as show poor and minority communities that we will stand up for them.

This isn’t to say that reformers shouldn’t focus most of their time on transforming American public education. That is paramount. But there are plenty of ways reformers can partner with criminal justice reform advocates on addressing the rogue policing and criminalization of lives black and brown that affect the lives of our children as much as laggard and criminally abusive teachers.

As your editor noted yesterday in the analysis of National Education Association’s political spending, the union has figured out that putting a little money toward something as simple as a ballot initiative can win allies among progressives for their cause of defending their influence over education policymaking. Reformers can do similar things. Write letters in support of legislation calling for abolishing the use of grand juries in use of deadly force cases. Back ballot measures on such criminal justice reform matters as the use of traffic tickets (which necessitate traffic stops) to generate revenue for municipal coffers. Even endorse criminal reform-minded candidates running for district attorney posts and state legislative seats.

Reformers can also work together with criminal justice reform advocates on addressing the prominent role American public education plays in putting kids on the path to prison.

Remember this: Schools account for three out of every 10 status cases referred to juvenile courts in 2011, the second-highest source of referrals after law enforcement, according to data from the U.S. Department of Justice. This is particularly problematic because juvenile court judges are ill-equipped to deal with matters that should be handled by schools, and juvenile jails are often beset by incidents of sexual assault and other abuse. Reformers can easily work with Black Lives Matter activists and others to reduce (if not end altogether) the number of children put on the path to courtrooms and jails.

One way to do this: End the overuse of harsh traditional school discipline. Decades of studies from researchers such as Russell Skiba of Indiana University have determined that overuse of suspensions are harmful to student achievement, especially for children from poor and minority households (including black students) who disproportionately suspended at higher rates (and often for minor offenses) than white peers. When districts over-suspend poor and minority children, they perpetuate perceptions among law enforcement and the wider community that black and Latino children are only criminals. Just as importantly, as Dropout Nation has noted time and time and time again, the overuse of harsh school discipline allows lets teachers and school leaders off the hook for their failures to address underlying issues such as illiteracy that lead to children acting out.

Supporting solutions on this front — from new concepts such as restorative justice, to existing efforts such as overhauling how we recruit, train, and evaluate teachers, even to recruiting and supporting talented collegians and mid-career professionals of minority backgrounds to work with kids who look like them — help children both in and out of school.

Reformers can even help criminal justice reform advocates by sharing the lessons they have learned about tackling teacher quality and contract issues. This is already happening. The police union contract database developed by Campaign Zero, the outfit formed by the cadre of Black Lives Matter activists that include Deray McKesson and Brittany Packnett, is modeled in part off National Council on Teacher Quality’s famed TR3 database. Reformers can use their experiences in developing alternative teacher training regimes to help their counterparts address how cops are recruited and trained — a key culprit behind the murders of Scott, Tamir Rice, and other black lives.

Now, more than ever, reformers have opportunities to work hand-in-hand with other advocates in building brighter futures for all of our children. It is our moral duty to ensure that our children grow up with the knowledge they need for success in adulthood — and can live safely in their communities without threat by police officers consumed by dark desires to engage in thuggery, bigotry, and venality.