Gwen Samuel
Comments Off on When Black Parents Stand Alone

Sunday is usually a day of worship for black people and other communities. We pray for peace, guidance and strength to get through a long work week. We may even watch football and basketball with our family and friends.

But for black parents such as myself, along with New York City Parents Union President Mona Davids and @ThinkingintheGray, this weekend served as another reminder of Martin Luther King Jr.’s aphorism that we must remember the silence of our friends and not the words of our enemies.

For me, it began with a Twitter exchange between @ThinkingintheGray and Dropout Nation Editor RiShawn Biddle about the move by Success Academy founder Eva Moskowitz last month to release the school discipline records of a 10-year-old boy in violation of the Family Educational Rights and Privacy Act. Why did Moskowitz do this? Because she and her charter school operation were engaged in crisis management. As this publication reported, the mother of the child, Faidi Geidi, appeared in journalist John Merrow’s PBS NewsHour report on Success Academy’s high suspension rates.

What Biddle and @ThinkingintheGray were pointing out was the fact that many school reformers stood by uncritically, both as Success released the child’s discipline record in violation of federal law and morality, and as Moskowitz’s schools suspended high levels of its students. Some, in fact, outright defended Success Academy’s practices.

When it comes to black children, many reformers and traditionalists seem to be on the same side. The wrong one.

I couldn’t just sit by and read. I jumped neck deep into Twitter conversations with my so-called school reform “allies”, demanding how they could justify Success Academy’s violation of a child’s privacy and right to not be brutalized in the name of public relations. I found myself reminding fellow reformers that the first duty of the movement is to children, not to adults regardless of their stances on transforming public education. I had to ask one fellow reformer how he could support Success Academy after they released this child’s record to the public. I even found myself defending both the right of families to choose any school they want and the right of advocates for children regardless of partisan lines to criticize the overuse of suspensions by Success and other operators, traditional, charter, or private.

Unlike Dropout Nation‘s editor, I’m not going to embarrass these reformers by naming their names. What I will say is that Mona, @ThinkingintheGray and I have found that we were on our own. What we heard from our fellow “reformers” and “advocates” for equity were justifications for throwing a child under the bus, all because they fear that traditionalists (including the National Education Association and American Federation of Teachers) will succeed in their efforts to halt the expansion of school choice. They were unwilling to think that you can both celebrate the expansion of school choice that benefits all families and also call it out for practices done by charter schools and traditional districts that are harmful to the futures of children. There were others who clearly believe that black children aren’t worthy of nurturing, think they are little more than “disruptive” presences in schools, and deserve to be kept out of them. Despite calling themselves school reformers, they have long ago demonstrated that they will defend practices that harm black children.

We didn’t expect to ever sway them. But certainly other reformers will jump in on our side. Or so we thought. But outside of your esteemed editor and a couple of other folks (including Alex Medler of the National Association of Charter School Authorizers), all we heard was crickets. And that hurt me more than the exchanges themselves.

I’ve always known that traditionalists, especially NEA and AFT leaders, have low regard for parents and children, especially those black and brown. Dropout Nation revealed this to all of us four years ago when it shared a presentation by AFT’s Connecticut local on how it tried to stop the successful effort by a predecessor of the Connecticut Parents Union to pass a Parent Trigger law. 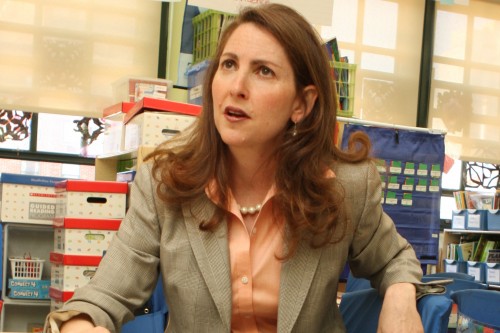 Many reformers chose to side with Success Academy Founder Eva Moskowitz over poor and minority children. To call this unfortunate is being kind.

What I have learned this past weekend is that there are school reformers who have as low a regard for black children and others from poor and minority households as the traditionalists we fight every day. What I also learned is that as a black parent, my voice and thoughts are given less regard than teachers by a good number of those who stand for reform. In some minds, the righteous indignation of a black mother is regarded as irrational anger when what I say is inconvenient for advancing their goals. As Teach For America staffer and Black Lives Matter activist Brittany Packnett once wrote on Twitter, we will always be “the angry black woman” when we “stand up for what’s right”.

What I also realized is that Mona was right when she said that teachers’ unions and reformers are battling over school funding and “the chattel is our black children and poor communities.” This doesn’t mean that every position taken by NEA and AFT affiliates, along with other traditionalists, is wrong. It also doesn’t mean that all reformers are wrong in their positions. What it does mean is that we must always keep in mind that there are many on both sides who have low regard for our poor and minority children. And on that front, they will always eventually show their true colors.

Some of these reformers, both black and white and including those who I call allies, will negotiate a child’s well-being through their silence. They will behave in ways little different than the traditionalists we must also oppose. Such silence is an implicit choice to side with oppression, to support mass incarceration, disproportionate use of harsh traditional school discipline, even to be a champion of the school-to-prison pipeline. No transformer for children can be silent in the face of these injustices and also say that all children matter.

At the end of the weekend, I realized that I must reaffirm my role as a mother, a parent, and a fan of humanity. I must reaffirm my conviction that adults can never negotiate the education, safety and well-being of our children. All children matter. As black mothers and fathers, we must stand between both the traditionalists and the reformers who don’t mean our children well. Because our allies can sometimes be as bad, if not worse, than our opponents.