Your editor doesn’t have much to say about President Barack Obama’s State of the Union Address — outside of praising him for calling for criminal justice reform after the outcry over the state-sanctioned murders of Michael Brown, Eric Garner and Tamir Rice. Oh, and that zinger about having no more campaigns to run because he won them both.

For one thing, your editor has already explained why his proposal to subsidize community college attendance for any student with a 2.5 grade-point-average — the most-important proposal his administration is pushing this year on the education policy front — will not help children from poor and minority households (as well as not pass congressional muster). There’s also the fact that the Obama Administration’s other proposals — including the consolidation of several tax credits geared toward promoting higher education attendance along with rolling back the tax benefits for 529 college saving plans and Coverdell education accounts — will also be opposed by congressional Republicans and even some Democrats) mindful of the affluent constituencies that benefit from them.

The fact that Obama knows that his education agenda won’t get passed means that he will likely focus more on preserving his legacy as School Reformer-in-Chief. So you can expect the administration to effectively kibosh efforts by House Education and the Workforce Committee Chairman John Kline and Senate counterpart Lamar Alexander to eviscerate the No Child Left Behind Act and the president’s waiver gambit. You can also expect the president to use his executive authority — along with spending in the current omnibus spending law — to craft new rounds of Race to the Top and the School Improvement Grant competitions. Obama did this two years ago when he took $100 million in U.S. Department of Labor funds to develop another edition of Race to the Top targeted towards high school reform. And as I noted a few months ago, congressional Republicans have little leverage to stop him.

But there is plenty of action happening outside of Capitol Hill and the White House in the nation’s statehouses — and numerous opportunities to advance systemic reform. This will depend on how governors lead on this front. Which is why reformers must embrace strong gubernatorial leadership — and  call out weak leadership from chief executives too willing to retreat or take small-ball measures on behalf of our children.

In Georgia, Gov. Nathan Deal kicked off his second term last week by announcing a proposal to take over and restructure failure mills. As part of the plan, the Peach State would launch a school overhaul authority similar to the successful Recovery School District in Louisiana that would take over dropout factories that have failed for three years or longer, and in some cases, transform them into charters. Expect plenty of sparring over the plan from districts such as Atlanta and DeKalb County, which operate 23 of Georgia’s 78 worst-performing schools. As Deal noted last week in his State of the State Address, high-quality education is key to breaking the cycle of poverty.

Deal is used to battling for reform — and winning. Two years ago, after the state supreme court ruled that the state’s charter school commission couldn’t authorize any schools, Deal successfully beat back traditional districts by convincing voters to approve a constitutional amendment giving the state’s charter school commission authority to oversee new schools. Within the last year, Deal has also battled against efforts by movement conservatives within the state to halt implementation of Common Core reading and math standards. To beat back opponents of the standards such as Supt. Richard Woods, Deal’s allies on the state board have stood by Common Core (albeit with some tweaks) while the state legislature are proposing to make the chief school officer job a position the governor’s successor will appoint after the end of Wood’s tenure.

Up north in New York, Gov. Andrew Cuomo is stepping up his efforts to advance reform with plans to finally eliminate restrictions on the number of charter schools allowed to operate as well as push for the launch of a voucher-like tax credit initiative. The charter school expansion will likely pass with little opposition from New York City Mayor Bill de Blasio, who is still licking his wounds from earlier battles with Cuomo over charters and control of state government, as well as needs the governor’s support to keep mayoral control over the Big Apple’s traditional district.

The tougher effort will be his plan to revamp the Empire State’s teacher evaluation regime, which has been criticized for using too little objective state test score growth data and letting too many laggard teachers off the hook for poor performance. This means a battle with the American Federation of Teachers’ state affiliate, NYSUT, which finds itself in an even weaker position, politically and otherwise, thanks to its failure last year to back Cuomo’s re-election bid along with its campaign with de Blasio to give Democrats full control of the state legislature. This isn’t the first time Cuomo has beat back the AFT unit on evaluations; two years ago, Cuomo overcame teachers’ union opposition to ensure that state test growth data would account for 20 percent of evaluations.

Deal and Cuomo aren’t the only reform-minded governors aggressively pushing systemic reform. From New Jersey Gov. Chris Christie (who continues to take on traditionalists on expanding school choice, overhauling failing districts such as Camden, and teacher evaluations), to Connecticut Gov. Dan Malloy, many governors have figured out that standing against the ancien regimes who have long controlled public education is critical to economic and social development as well as reducing long-term fiscal burdens.

But Deal and Cuomo have stood out for their steadfast commitment to the job. Even as onetime reform-oriented counterparts in statehouses such as Louisiana’s Bobby Jindal and Tennessee’s Bill Haslam have either fully or partly retreated on critical aspects of transforming public education, Deal and Cuomo have continued their efforts even amid criticism from allies within their own respective parties, often risking their political fortunes. Unlike governors in 15 states, Deal and Cuomo don’t even appoint or approve appointments of chief state school officers. Yet they have emerged from those battles with victories that are helping more kids gain brighter futures. 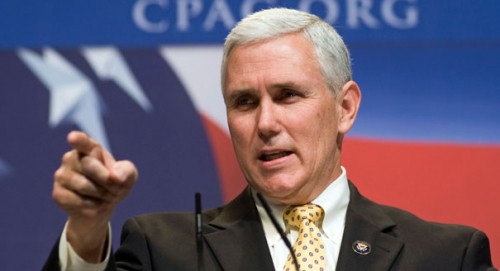 What both Deal and Cuomo have in common is a willingness to use their considerable reserves of political support to advance reform. They used their bully pulpits effectively, framing the need for transforming education in the context of the economic and fiscal challenges facing their respective states. They are both unwilling to be accommodating just to win compromise. And from their offices, they successfully worked with coalitions of reformers, business and civic organizations, and grassroots activists on the ground.

As your editor noted two years ago, such traits, typical of strong and effective leaders regardless of the issues they undertake on other issues, are especially important in reforming American public education. This is because traditionalists often strike for false collaboration that does little more than help them preserve the failed policies and practices from which they benefit at the expense of the futures of children. More importantly, strong leadership is as much about advancing a positive vision for the future that positions states and communities for changes in an increasingly knowledge-based economy as it about dealing with the challenges of the present.

Meanwhile strong reform-minded governors don’t play small ball — and don’t retreat on advancing systemic reform. This is because they realize that any step back on one aspect of reform will encourage traditionalists and others to fight even harder on others. Children don’t benefit when reform-minded governors and their allies give ground.

This is a lesson that Indiana Gov. Mike Pence is starting to learn the hard way.

Two years ago, the freshman governor essentially rolled back a key aspect of predecessor Mitch Daniels’ school reform efforts when he agreed to halt implementation of Common Core reading and math standards. Last month, as he began pulling together a new set of reforms on school funding and putting the state board of education fully under his control by removing traditionalist-oriented Supt. Glenda Ritz as its chair, Pence took another step backward by shutting down the Center for Education and Career Innovation, an agency he formed back in 2013 to help reformers on the state board overcome Ritz’s efforts to roll back moves made under Tony Bennett’s tenure as chief state school officer.

Opponents have not repaid Pence in kind. Earlier this week, Common Core opponents managed to convince State Sen. Mike Delph to introduce Senate Bill 501, which would require Indiana to revert districts and other school operators to the last set of academic standards the state crafted on its own nine years ago. Why? Because they are annoyed that the state board of education crafted reading and math standards that were similar yet slightly inferior to Common Core, and thus, are the standards in all but name. The Delph plan would go further by banning Ritz and the state board from seeking renewal of its No Child waiver –and, in their minds, keep the Obama Administration from supposedly meddling in state education policy.

Certainly your editor, no fan of the Obama Administration’s waiver gambit, doesn’t exactly mind this step since the Hoosier State would revert to No Child’s accountability provisions. But for the former congressman-turned-governor, the Delph plan may prove to be distraction from his other efforts on reform, weaken other reform efforts before the legislature, and embolden traditionalists to push for rolling back initiatives on other fronts. Given that Pence will likely run for a second term next year, along with his likely ambitions for the presidency, his weak stand on systemic reform isn’t doing him any favors, much less helping Hoosier children.

What Pence should do is what he should have done in the first place: Embrace the bold approach to advancing reform exemplified by counterparts Deal and Cuomo, as well as by Daniels. Incoming governors such as Greg Abbott in Texas and Gina Raimondo in Rhode Island should do the same.

But strong reform-minded governors can’t do it alone. They need support from reformers who prominently back them and at the same time, hold them accountable for achieving results. This means reformers must work hard in the political arena, backing gubernatorial candidates regardless of party affiliation who are strong on transforming public education. It also means building coalitions of support — from chambers of commerce to churches and community groups, to the single parents, grandparents, and immigrant families more than ready to support their efforts. And once those candidates take office, reformers must continually encourage them to stay the course by supporting their efforts as well as criticizing them when they run astray.

There isn’t much that reformers can do on Capitol Hill to advance reform. But they can support strong reform-minded governors on the ground. And that time is now.

MLK on Why We Can't Wait