Certainly the National Education Association and the American Federation of Teachers are happy that yesterday’s U.S. Supreme Court ruling in Harris v. Quinn didn’t altogether end their ability to force teachers to pay dues into their coffers regardless of their membership. But then, if they are getting good legal advice (and if lawyer-turned-AFT President Randi Weingarten was thinking like an attorney), it wouldn’t have been surprising that the High Court crafted a rather narrow decision restricting public-sector unions from forcing part-time employees from paying into their coffers.

After all, ending forced dues payments would mean overturning the Supreme Court’s 1977 decision, Abood v. Detroit Board of Education, which gave public sector unions that privilege, and judges, being conservative by nature, don’t eviscerate past precedents on their whims. That the home caregivers at the crux of Harris were part-time government employees and weren’t provided the same benefits as full-time civil servants also meant that Abood didn’t even apply in this case. Save for the AFT’s efforts to gain new members among part-time early education teachers at daycare centers, the Harris decision doesn’t immediately affect the two unions.

Yet the NEA and AFT have good reason to bemoan Harris. This is because while Justice Samuel Alito’s 43-page decision declares that Abood didn’t apply to the issues at the heart of Harris, he and the rest of the majority revealed their thinking about that past decision. And it signals that they will eventually end the ability of the NEA and AFT to force teachers and other district employees who aren’t union members to finance their operations.

As you already know, the Harris ruling comes just three weeks after a California Superior Court judge devastated the NEA and the AFT, along with their traditionalist allies with his ruling in Vergara v. California abolishing near-lifetime employment and teacher dismissal rules that are at the heart of teachers’ union influence. With reformers such as former CNN anchor Campbell Brown, and Parent Power activists such as Mona Davids of the New York City Parents Union looking to mount their own Vergara torts, the two unions face the likelihood of even greater declines in their influence. Especially given that they can no keep their promise to rank-and-file members and non-members forced to pay into their coffers to ensure that teaching will be insulated from systemic reform, the NEA and AFT are in a bad place.

Hard-core traditionalists within the AFT, in particular, are angry at Weingarten for her failed efforts to triangulate reformers by giving in on less-substantial reforms in order to keep other aspects of traditionalism in place. Meanwhile the NEA’s and AFT’s insistence on defending tenure, reverse-seniority layoff rules, and seniority-based privileges also angers younger, more reform-minded teachers whose career prospects and desire to elevate the profession are harmed the most.

So the Harris ruling would seem to be good news for the NEA and AFT. Right? Wrong. See, Justice Alito took time in his decision to address the Abood ruling. That ruling, handed down 37 years ago, was based on two Supreme Court decisions in two earlier cases, Machinists v. Street and Railway Employes v. Hanson, that involved private-sector workers in closed union shop workplaces being forced to pay dues to unions to which they were not members. In those two earlier rulings, the High Court ruled that unions could require nonmembers to pay them dues because they benefited from the union actions to improve pay and workplace conditions. At the same time, the workers didn’t have to pay a portion of those dues that would be devoted to explicitly political activities because that would infringe on their First Amendment rights to free speech and freedom of association.

Concluding in their reasoning that public-sector workplaces such as Detroit’s traditional school district were no different than those in the private sector, the Supreme Court ruled unanimously in Abood that the AFT, along with NEA and other unions could also force workers to pay into union coffers regardless of their membership status so long as the portion of their dues otherwise geared for political activities was kicked back to them. For the AFT and NEA, Abood proved to be as much a boon to their finances and influence over education policy as near-lifetime employment rules and defined-benefit pensions. This is because teachers who would otherwise avoid NEA and AFT membership end up joining because they are forced to pay into their coffers anyway. 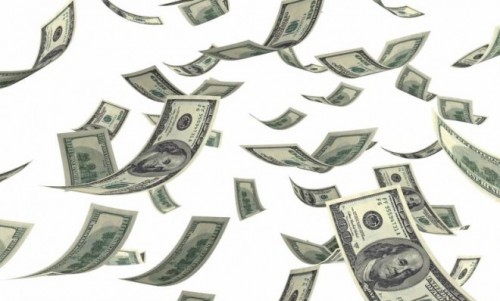 The NEA and AFT may soon no longer force teachers to help make it rain.

But as Alito pointed out in Harris, the Abood ruling was questionable. Why? For one, earlier justices failed to realize the inherent differences between private-sector and public-sector unionizing. While private-sector unions such as the United Auto Workers devote dollars to political campaigning and lobbying, it isn’t at the heart of their day-to-day activities. Most of their activities are focused on negotiating collective-bargaining agreements and addressing workplace conditions with companies and nonprofits, which are apolitical by nature.

This isn’t true for the NEA, or the AFT or any public sector union. Because they are bargaining collectively with the very governments they also lobby and negotiating with the politicians whose campaigns they finance or oppose, NEA and AFT activities are political by nature. As a result, teachers and other public-sector workers forced to pay into NEA and AFT coffers are subsidizing political activities they may not support with no legal recourse to get their money back. That is an infringement on their First Amendment rights. Because of Abood, teachers could have a hard time proving that NEA and AFT affiliates are actually separating political activities (and money used to finance it) from the rest of their activities.

But Alito’s arguments for striking down Abood go further than this. Unlike private-sector companies, who are not forcing workers to pay into unions because employees can stay or leave a job as they please, districts and state governments are essentially forcing teachers who aren’t NEA and AFT workers into paying into their coffers because of collective bargaining laws and other rules. As far as Alito is concerned, Abood ends up putting governments in the position of violating First Amendment rights of their workers as well. Simply put, no government should be in the position of aiding unions in their political activities at the expense of individual rights.

As I pointed out in today’s column in Rare, Alito’s statement in Harris proves to be a rather beneficial roadmap to right-to-work activists and public-sector employees tired of financing union operations. This is particularly true for younger teachers who may want to break away from NEA and AFT to either form professional associations of their own or join new-style groups such as Educators4Excellence. Chances are the Mackinac Institute will amend its brief in Chanski v. Michigan, which involves three Wolverine State teachers suing the NEA affiliate there for forcing them to pay dues by striking deals with the district to

What will be the financial impact of a future ruling striking down forced dues collections? It can be tremendous. Agency fee payers are, on the balance sheet, a small portion of overall numbers; NEA itself has a mere 88,378 agency fee payers equivalent to less than three percent of its overall membership. But keep in mind that many teachers may join NEA and AFT because they know they are going to end up paying dues to them anyway. If one merely looks at the membership numbers for the NEA’s Wisconsin affiliate, which declined by one-third over the past three years as a result of Gov. Scott Walker’s successful move to end forced dues payments, as well as the 63 percent decline in membership for the AFT’s Badger State affiliate (which is now merging with the NEA unit), the hit to both unions could be huge.

Based on a conservative estimate using NEA’s 2012-2013 numbers, the NEA could have lost at least a quarter of its 3.1 million members — and experienced a $92 million decline in revenue — if the High Court had struck down Abood. For the union, a $43 million surplus would have dissipated into a $49 million deficit. As for the AFT? They could also have also lost at least 25 percent of their members, taking a $36 million hit to its revenue line. For the AFT, which had a $14 million deficit last year and has had to borrow $205 million over the past two years just to finance operations, such a loss would be devastating.

Thanks to the Supreme Court, Randi and her soon-to-be new colleague as NEA President, Lily Eskelsen-Garcia, will soon be doing more than singing the blues.