Grandpa’s Photos, Or Why Reform Matters

RiShawn Biddle
Comments Off on Grandpa’s Photos, Or Why Reform Matters

Every now and then, we are reminded that all that we achieve are often the fulfillment of the unrealized (and often, unexpressed) hopes and dreams our parents and grandparents had for themselves. This was made clear to me while looking through a folder of old photographs taken eight decades ago by my grandfather. And this reality serves as a reminder of why we must provide all of our children the high-quality education they need to fulfill both the ambitions of their families as well as their own.

The photos, taken by my grandfather in his hometown of Camden, N.J., between May and July of 1942, aren’t simply a collection of poses and family portraits. One is an action shot of a young man sliding into home plate during a baseball game. A few others are of young men in batter’s stances, ready for the next pitch (or strike out). Then there are others: A mother holding her baby standing on a sidewalk in front of a delivery truck. Three kids sitting on the stoop of a dilapidated apartment house, probably near the home on Federal Street where my grandfather grew up. A photo, likely of my great-grandfather, William, looking toward the camera as a gas station attendant fills up the tank of a streamlined automobile.

As the grandson of the photographer, I will admit to my bias. But the photos are as good as any done by the average budding photojournalist of the time. One would dare say that if my grandfather had the opportunity to graduate from high school and go to college, he could have ended up working on the photo staff of The Courier-Post or the Philadelphia Inquirer, or, given how the racial bigotry of the time shut out so many talented young black men and women from careers in the mainstream press, shooting photos for any of the black-owned newspapers that provided news about the triumphs and challenges of African-Americans of the time.

But this didn’t happen. Within a year of the photos being taken, Grandpa was in the Pacific as a soldier in World War II. By the end of the decade, my grandfather had moved to New York City, had two sons by his first wife, and was working on the construction of what would become John F. Kennedy International Airport. Eventually, as a chef, he would build his family, take care of his sons and three daughters — including my mom — and with my Grandma, help the children become part of the American middle class. Everywhere Grandpa went, from the shore of Guam to the streets of Los Angeles, he took photos. But save for those photos, and those he took of the kids and grandchildren at birthday parties, whatever dreams he may have had of being a photographer or journalist went unfulfilled.

As I looked at the photos, it dawned on me that I had fulfilled both my own ambitions and the dreams he had for himself. The smile he had for me when I came back to New York back in 1999 for an internship with ABC News, and the kudos he gave me when I published my first article on the pages of Forbes wasn’t just about knowing that I was making something of myself. Through the work I did, I was also carrying hopes and dreams unfulfilled — that of Grandma and his own. And when I think about it, I am also realizing the unfulfilled hopes and dreams of Grandpa’s ancestors as well as that of my Grandma’s forebears. 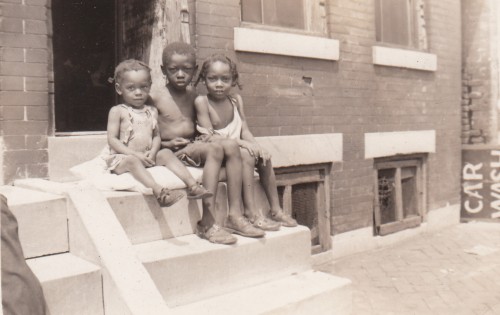 The older we get, the more we realize that our lives are neither just our own or lived for ourselves. Each of us, in all that we do, carry responsibilities, made plain and otherwise, to our parents and forebears to make real they dreams and ambitions they possess for us and themselves. We are all our grandfathers born anew. This is also true for all of our children. No matter who they are or where they live, every child bears an awesome, sometimes unfair, charge to fulfill hopes and wishes that their parents and grandparents have for themselves, but could never realize.

But our children can only succeed in achieving these dreams, both their own and those of their families, if they are provided the high-quality teaching and curricula they need and deserve. And this is no truer now, in an increasingly knowledge-based economy and society, than at any other time in history.

As this week’s data from the National Assessment of Educational Progress has shown, far too many young men and women are leaving high school without the literacy and numeracy they need to survive and succeed. That’s just the kids who graduate. There are the 1.2 million young men and women in the original Class of 2014 who have already dropped out of school into poverty and prison, the 1.2 million fifth-graders who are reading Below Basic levels of proficiency (and likely to drop out over the next seven years), and the 5.8 million young adults are neither working, finishing high school, or studying in traditional colleges, apprenticeships and other forms of higher education. 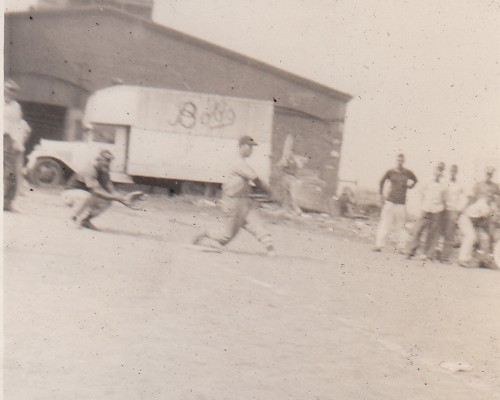 The futures for these young men and women are absolutely bleak. In an economy in which what you know is more important than what you can with your hands — and in which annual compound growth in real weekly wages for high school dropouts has declined between 1963 and 2008 (even as high school grads, those with some higher ed training, and collegians have seen compounded annual wage growth of at least four-tenths of one percent) — these young adults are ill-equipped to either fulfill their own ambitions much less those of their parents. Twenty-seven percent of households in the lowest 20 percent of income earners were high school dropouts and another 36 percent were high school grads without some form of higher education, according to data from the U.S. Census Bureau. Even worse, they will be unable to help their own children achieve dreams, both their own and those that they as parents have that remain unfulfilled. Forty-one percent of high school seniors whose parents were dropouts — and 36 percent of those whose parents were high school graduates without some higher ed education — read Below Basic on NAEP 2013.

Yet poverty and educational underachievement need not be destiny. As the Jack Kent Cooke Foundation determined in a 2007 study,  3.4 million children from poor backgrounds — many of which came from homes where parents were either dropouts or merely received high school diplomas — were among the top-performers in their schools. But the inherent genius within these children must be nurtured in schools where cultures of genius, fostered by high-quality teaching, strong school leadership, and comprehensive college preparatory curricula, are the norm.

The problem largely lies with the nation’s education crisis, which has condemned at least two generations of men and women to economic and social despair. Children from poor and minority households — especially those where families are poorly-educated — are more likely than middle-class peers to attend schools staffed by low-quality teachers. Even worse, those laggard teachers tend to perform even worse than equally poor-performing peers serving middle-class kids to educational neglect. The average low-performing teacher in North Carolina working in school serving mostly-poor kids was four-hundredths of a standard deviation worse in performance in math than a laggard in a middle-class serving school, according to a 2010 study conducted by a team led by Tim Sass, an economist now with Georgia State University.

Meanwhile poor and minority children are often denied opportunities to attain comprehensive college-preparatory curricula. Only two percent of Detroit’s seventh- and eighth-grade students — including 1.6 percent of black middle-schoolers — took Algebra 1 in 2011-2012, according to a Dropout Nation analysis of data from the U.S. Department of Education. This lack of choice extends even to poor and minority kids in suburbia, where high quality learning is supposed to be the norm. Just 24 percent of black middle-schoolers took Algebra 1, versus an also-low 39 percent of white peers. This lack of access to high-quality learning is a problem caused largely by a century of racialist- and class-driven rationing of education, including the overuse of special ed ghettos to condemn those considered unteachable by those unwilling (and often, lacking the talent) to instruct them. Add in Zip Code Education policies such as school residency laws and the lack of high-quality information on the performance of schools and districts, and it’s little wonder why only so many of our most-vulnerable children end up on the path to despair. 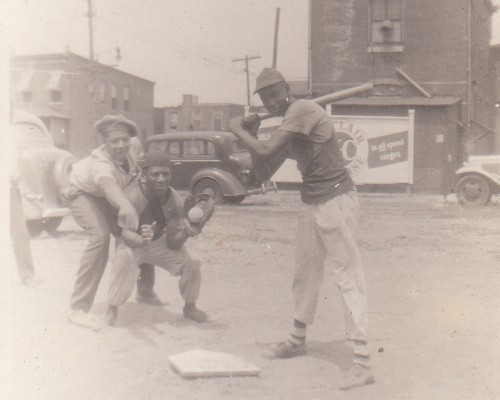 The nation’s education crisis doesn’t just affect poor and minority children. Seventeen percent of young white male high school seniors whose parents graduated from college read Below Basic on NAEP 2013, as did 16 percent of their Asian peers from the same background. Twenty-seven percent of fourth-graders from suburbia were functionally illiterate. High schools sophomores from middle class backgrounds lagged behind peers in 15 countries in science literacy, according to an analysis of the 2009 Program for International Student Assessment by America Achieves. The reality is that the educational abuse borne upon poor and minority children visits their middle-class peers in the form of academic neglect. When our poor and minority kids are provided high-quality education, all children will succeed.

Systemic reform is about helping our children achieve brighter futures. At the same time, it is also fulfilling the dreams of our ancestors — especially those of earlier generations of black men and women like my grandfather, whose ambitions were deferred because of centuries of racial bigotry. As Virginia Tech historian Wilma Dunaway documented in her tomes on slavery in the southern communities surrounding Appalachia, the practices of slavery — from the hiring out of black men to other plantations to impregnate slave women (and thus, keeping three-quarters of black slave men from serving as fathers to their own children), to the denial of slave families to live together as families, to the forcing black women to nurse the children of slave masters (and deny nutrition to their own kin) — was as much about whites denying the humanity of black people (and their dreams for better lives) as it was about leveraging free labor for profit. This was also true of Jim Crow segregation in the American South, de facto discrimination in the northern states, and federal laws such as the Davis-Bacon Act, which denied employment on New Deal projects to blacks who couldn’t join all-white labor unions. School reform is a fulfillment of the dreams — and a long-overdue apology — to past generations of black people who labored hard to help this country prosper, yet were denied chances to reap the fruits of their labors.

Transforming American public education is key to helping all kids fulfill their ambitions as well as the dreams fulfilled of earlier generations. This includes overhauling how we recruit, train, compensate, and evaluate teachers and school leaders. It also includes the implementation of Common Core reading and math standards — as well as the development of high-quality curricula aligned with the standards — in order to provide our kids with comprehensive college preparatory curricula. And we must continue to expand school choice as well as Parent Power efforts, along with developing school data systems that provide all families with information they need to make smart decisions.

Our kids cannot make their ambitions real — or achieve that which their parents and forebears dreamed about — without high-quality education. For that, we must engage in systemic reform.