There was plenty of news about the need for systemic reform that could be gleaned from yesterday’s release of 2013 National Assessment of Educational Progress data for 21 big-city districts. The data clearly shows that districts aren’t doing enough to help more kids reach proficient and advanced levels of literacy and numeracy, a goal that is more-important than ever in an increasingly knowledge-based economy. But one thing must be kept in mind when analyzing the results: That districts, like states, can game results by excluding significant numbers of children condemned to special education ghettos and English Language Learner programs. After all, these students are the canaries in the proverbial coal mine of education because they, along with poor and minority children, are the ones served worst by American public education, and whose results, in turn, can expose how poorly districts are doing in providing high-quality teaching and comprehensive curricula.

To help shed light on the worst offenders, Dropout Nation has taken a look at exclusion rate data from the reading portion of NAEP 2013. The focus on reading is important because when kids can’t read, they won’t do well in mastering their other subjects, as well as because literacy is the area of greatest struggle for districts in general. This time around, the focus was on districts that excluded more than the 15 percent of fourth- and eighth-graders condemned to special ed and ELL ghettos (that is, included fewer than 85 percent) allowed on NAEP’s testing guidelines. Based on the analysis, it is clear that some big-city districts are clearly gaming the system, which raises questions about the legitimacy of their performance.

Among the worst offenders this year: Baltimore City, whose performance on this year’s NAEP — including a five percent decline in the percentage of fourth-graders reading Below Basic between 2011 and 2013 — seemingly validated the tenure of former schools boss (and now, candidate to become New York City chancellor) Andres Alonso. The district excluded a whopping 77 percent of fourth-graders condemned to special ed ghettos, by far the highest levels in that category; that rate is nearly five ties the 16 percent national average for excluding fourth-graders in special ed. Baltimore City also excluded 60 percent of fourth-grade ELL students, seven times the national average, and more than any other district. Baltimore also excluded 74 percent of eighth-graders in special ed, also the highest exclusion level of all districts participating in NAEP’s urban testing; this rate is five times the national average. 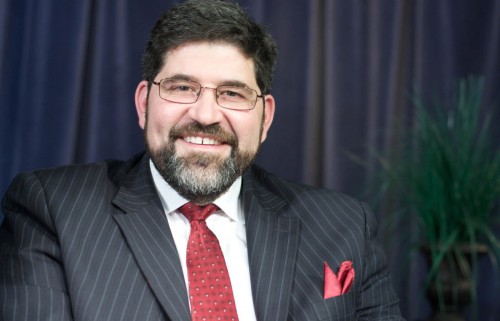 The high exclusion levels partly explain why Maryland’s exclusion rates — which have come under national scrutiny last month after Dropout Nation‘s analysis — were so high this year. Alonso and his former staffers should be questioned harshly by reformers and traditionalists alike for what can only be called test cheating.

Another offender this year is Jefferson County, Kentucky, the countywide district that serves Louisville, the Bluegrass State’s most-populous city. Jefferson County excluded 34 percent of fourth-grade ELL students, the second-highest levels of exclusion in that category after Baltimore. Jefferson County also excluded the second-highest level of eighth-grade special ed students after Baltimore, with 32 percent of those students left out of the test, double the 15 percent national average. Its exclusion rate of 29 percent of fourth-graders condemned to special ed is the fourth-highest in that category, nearly double the 16 percent national average. 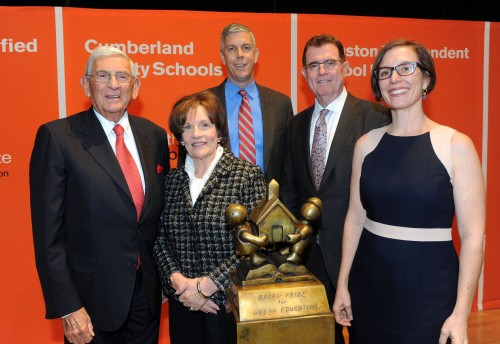 Reformers should ask Houston Supt. Terry Grier why he excluded so many kids from NAEP reading this year.

The Texas district wasn’t the only one with high exclusion rates. The Houston Independent School District, whose woeful performance on NAEP this year (including a five percentage point increase in the number of functionally illiterate fourth-graders) has been an embarrassment both to Superintendent Terry Grier and the Eli & Edythe Broad Foundation (which awarded the district the Broad Prize this year for being the most-improved big city district), is also on the list of bad actors. Houston excluded 34 percent of fourth-graders in special ed and 30 percent of eighth-graders in special ed ghettos. Without the exclusions, Houston’s performance on NAEP would have likely been even worse.

These data points once again raise questions about whether Houston deserves plaudits from reformers — including the Broad Prize board of star-studded judges — for its efforts; those reformers, in particular, should demand the Broad Foundation to develop a more-thoughtful approach to awarding the prize (if not stop handing it out altogether).

Meanwhile in the Lone Star State capital of Austin, the district serving the city excluded 19 percent of fourth-graders in special ed from NAEP reading, and kept another 20 percent of eight-graders in special ed from taking the exam. The high levels of exclusions by Austin, along with Dallas and Houston, explain why the Lone Star State’s exclusion rates were so high on this year’s edition of the federal exam of student achievement. These facts, along with the state’s woeful performance on NAEP overall this year, should lead state legislators, who pushed to weaken accountability this year through the passage of House Bill 5, to reverse course. It is clear that district leaders are heeding the message of state leaders that systemic reform — and providing high-quality education to poor and minority kids — isn’t worth doing.

And let’s not forget good old Detroit, which continues to struggle academically in part because of the struggles faced by the district’s past emergency managers, Robert Bobb and Roy Roberts, to make headway on overhauling teaching and curricula. Bobb, in particular, found himself challenged by the district’s notoriously inept board on this front. Detroit excluded 33 percent of fourth-graders in special ed from NAEP reading, and kept another 32 percent of eighth-grader in special ed from taking the exam. These numbers, along with Detroit’s performance on NAEP this year, are reminders that it is time to shut down the traditional district and move to better models of providing education to Motown’s children.

But the bad news remains that far too many districts, like far too many states, are excluding the performance of their most-vulnerable children from being measured. When that happens, those districts are admitting in deed that they are doing poorly by these children. More importantly, these districts are also admitting that they are engaging in another form of test fraud. Reformers must call out these districts and their school leaders harshly for their educational abuse of children in their care.

Districts Are the Problem