The move on Monday by New York City mayoral candidate Bill Thompson (who formerly served on the board of the traditional district before it was taken over by the mayor’s office 11 years ago) to concede defeat in last week’s Democratic mayoral primary has now set the stage for a tough race between Thompson’s archrival, Bill de Blasio and Republican Joe Lhota. No matter which man wins the right to sleep in Gracie Mansion, the person who succeeds outgoing Mayor Michael Bloomberg faces a tremendous challenge: Addressing a growing deficit in the city’s defined-benefit teachers’ pension. A Dropout Nation analysis of the latest comprehensive annual financial report reveals that the City That Never Sleeps is understating those fiscal woes.

The Big Apple officially reports that the Teachers Retirement System is underfunded to the tune of $23 billion as of 2010, the latest year reported. But that is a gross understatement. For one, those numbers are based on an assumed rate of return on investments of seven percent, which is higher than the four percent actual rate of return for the Standard & Poor’s 500 for the past decade. It’s also nearly four times greater than the 1.9 percent gain experienced by the pension over the past five years. There’s also the fact that the underfunding leaves out $1.6 billion in unrealized losses; add that in, and the officially-reported liability would be $24 billion.

Yet even those numbers don’t get to the true levels of underfunding. For that, Dropout Nation uses a version of a model developed by Moody’s Investor Service to bring more transparency to the credit-worthiness of state and local governments. Under this model, DN assumes a more-realistic 5.5 percent rate of return; for every percentage point decrease in rate of return, shortfalls increase by 13.3 percent. The conclusion: Without adding in the unrealized losses, the Big Apple teachers’ pension’s deficit is $27 billion, or 20 percent greater than officially reported. Based on a 17-year amortization schedule, or period under which the shortfalls would be paid down, Big Apple taxpayers would have to pay an additional $1.6 billion a year just for the pension to be fully solvent. This, by the way, is 64 percent more than the $2.5 billion in contributions made by the city into the pension in 2010 — and 60 percent more than the $2.7 billion paid by the city into the pension in 2012. By the way: Pension costs already account for 10 percent of New York City’s budget of $24 billion for education.

But that estimate doesn’t include the unrealized losses. Adding in those losses and then adjusting the rate of return to 5.5 percent, Dropout Nation concludes that New York City’s teachers’ pension is underfunded to the tune of $29 billion, or 20 percent more than the officially-reported underfunding with unrealized losses included. Over the next 17 years, Big Apple taxpayers would have to contribute an additional $1.7 billion a year over 17 years just to bring the pension into solvency. That is 69 percent more than what the city contributed to the pension in 2010 and 64 percent more than contributed in 2012. If the city (along with the American Federation of Teachers’ Big Apple local) dealt realistically with its teachers’ pension woes, it would be an even greater increase in contributions than the two-fold increase in pension payments between 2003 and 2012 (from $805 million to $2.7 billion).

The bad news is that the even these numbers may still understate the pension’s insolvency. Why? Because the actuarial value of the pension’s assets is $6.2 billion higher than the $26.4 billion market value, according to the pension’s own annual report. Divide the $26.4 billion from the $55 billion owed to teachers and other employees (still assuming a 7 percent assumed rate of return) and the underfunding would be $28.7 billion. Add in the $1.6 billion in unrealized losses, and that number increases to $30 billion. And if the more-realistic 5.5 percent rate of return was applied, and suddenly, the pension is underfunded to the tune of $36 billion. Based on a 17-year amortization schedule, the Big Apple would have to pay $2.1 billion a year to whittle down the shortfall. That’s nearly double what the city is contributing now.

This problem has been decades in the making — and one for which current Mayor Bloomberg, along the AFT’s Big Apple local and city Comptroller John Liu (who also ran for mayor this year), must take responsibility. Bloomberg and the AFT each appoint three members of the pension’s seven-member board, while Liu holds the seventh seat and, as guardian of the pension’s investments, has plenty of sway over its fiscal condition. The city failed to increase contributions at a fast enough clip even as it became clear that pension assets would not grow at nearly the rate expected. Even amid the financial boom of the last decade, pensions asset didn’t grow much. On a market value basis between 2003 and 2013, the pension’s investments barely grew; on an actuarial basis, they declined by two percent during that period. 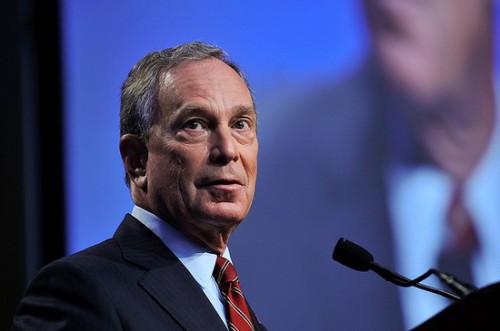 Meanwhile the Big Apple continued to provide some of the most-generous annuity benefits, in part, because Bloomberg used pensions (along with salary increases) to buy AFT acquiescence for his reform efforts. At the same time, the city didn’t require teachers to pay more toward their retirement. New York City teachers contributed just five cents to their retirement for every dollar paid in by the city in 2010; while teachers contributed six cents for every dollar paid by the city in 2012, it is still not enough given the size of the pension debt. These low levels of employee contributions are no longer sustainable.

Addressing the pension insolvency will make it difficult for either de Blasio or Lhota to fulfill their respective wish-lists. In particular for de Blasio, the current Public Advocate for the city, he will have difficulty putting into place his plan to spend money on providing all children in the city with early childhood education; even if the Obama Administration manages to get Democrats and Republicans in Congress to approve his own efforts to greatly expand Head Start and fund a new competitive grant program for pre-kindergarten efforts, none of those funds would be enough for de Blasio to make his plans a reality in light of the teachers’ pension woes.

It’s not just the teachers’ pension deficit that will give the next mayor fits. The Big Apple faces a myriad of woes on the retirement front — including equally gargantuan pension deficits for its three other annuity programs for police, fire, and other city workers. And given that New York State is unlikely to increase school funding anytime soon, the Big Apple could end up facing problems similar to those it faced in the early 1970s, just before the Empire State put it under financial receivership. The state will have more than just New York City’s woes about which to be concerned. As Moody’s pointed out last week in a special report on the nation’s public pension woes, the state’s various pensions (along with New York City’s annuities), account for 99 percent of the risks borne by districts and other local governments throughout the state.

Expect the next mayor to spend plenty of time pushing to overhaul traditional teacher compensation, even reducing annuity payouts, as well as moving away from defined-benefit pensions. The AFT affiliate and its boss, Michael Mulgrew, won’t like it, and neither will national AFT boss Randi Weingarten (who will certainly do her part to keep the compensation status quo quite ante). But given that the AFT failed to endorse de Blasio during the Democratic primary, and that it will never back Lhota, the union will have almost no leverage with whoever takes over City Hall. Whoever wins the mayoral race must immediately push to increase teacher contributions to the pension (as well as end the one percent annual cost of living increases) as a key step towards bringing the pension (and the city) to solvency.

New York City has so far escaped the scrutiny that Chicago has been under for the past year over its teachers’ pension and other retirement woes. The Big Apple has even managed to evade the ratings cut that have hit the Second City earlier this month. But the man who succeeds Mike Bloomberg will likely end up with the same problems that Rahm Emanuel is having in the City of Big Shoulders. And the new mayor, like the city, will also be sleepless.

Another School Pension Mess Michael Bloomberg is Leaving Behind