Voices of the Dropout Nation Why Common Core

Voices of the Dropout Nation: Patricia Levesque on the Need for Common Core and School Choice

Dropout Nation Editorial Board
2 Comments on Voices of the Dropout Nation: Patricia Levesque on the Need for Common Core and School Choice 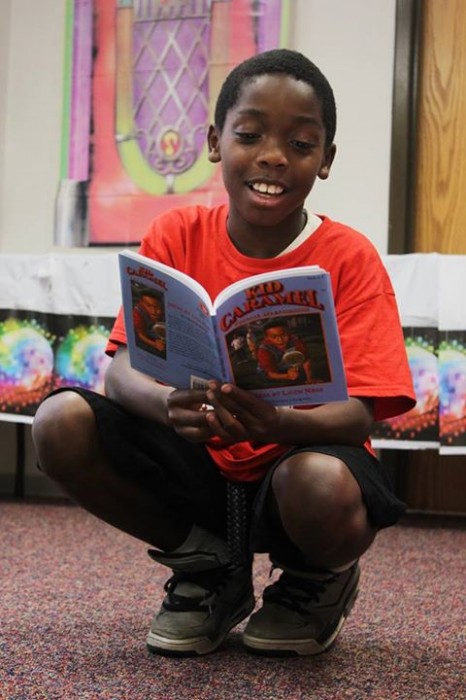 Over the past few months, school choice-oriented conservative reformers who oppose the implementation of Common Core have decided that taking aim at fellow reformers — including such champions of choice as former Florida Gov. Jeb Bush — for supporting the reading and math standards, largely because of two misguided notions. The first? That Common Core will somehow restrict the expansion of school choice. The second; Because they believe that choice is the only solution for transforming American public education.  As Dropout Nation Editor RiShawn Biddle noted last week, both arguments don’t stand scrutiny. More importantly, in taking aim at their fellow-travelers, school choice-oriented Common Core foes are also weakening the very school reform movement that has helped advance their own goals. Yet even these arguments, along with polling data released by the Thomas B. Fordham Institute, which indicates that most families recognize the need for both high-quality standards and expansive school choice, hasn’t stopped school choice-oriented Common Core foes from refusing to think things over.

But sometimes, it takes a mother to make plain what all of us should know. In this Voices of the Dropout Nation, Patricia Levesque, a mom who is also Chief Executive Officer of the Foundation for Excellence in Education, the nonprofit founded by former Gov. Bush to advance systemic reform, explains why we can’t transform American public education with silver-bullet thinking. Read, consider, and take action.

As a mother and a school reformer, I paid attention to the debate over the Thomas B. Fordham Institute’s recent survey on the attitudes of families over school reform. Unfortunately, it has devolved into what has become a far too familiar battle between factions within the school reform movement over whether the implementation of Common Core standards will weaken efforts to expand school choice. Yet these sparring matches fail to consider four realities – especially about the conditions of education for our children. And we must keep these facts in mind in order to fulfill our mission of providing every child the great schools they deserve:

High standards are better than low standards: My autistic son could count to 100 with a great deal of help and prompting when he was four. To enter a kindergarten classroom when he is five and only be expected to count to 10 by the end of the year (the former math standard for our kindergarten) would have driven my already low attention span son to be even more disruptive than he already is. Setting higher expectations for him (regardless of whether they are the same as what my friend’s autistic son in Washington State must learn) is better for him. I worry that too many are focusing so much on the “common” part of common core and not on the underlying quality of the actual standards themselves, while ignoring the pathetic quality of the standards of most states in our country.

There is no single silver bullet to solve the problems in our education systems: I don’t believe in miracle pills that will make you skinny. I don’t believe in investment strategies that focus on “one sure thing.” Anything of goodness and quality in life requires a lot of hard work in a lot of areas. The same is true of public education. We need high standards, effective leaders, quality teachers, simple and transparent accountability, rewards and consequences for results, and massive amounts of school choice and competition in all its shapes and forms. Any of us who believe that only one of these policies will “cure all the ills” is naively mistaken.

Champions for Common Core are also supporters of school choice: It saddens me so greatly that individuals like myself and Gov. Jeb Bush, who have and continue to shed our figurative blood to advance school choice in our state and across the country, are mocked for our stance in support of Common Core standards as if the two policies are incompatible. It is as if all the work of the past 15 years – including both of us being called the Tallahassee Taliban – for trying to remove Blaine amendments that stand in the way of school choice in our state, is for naught.

School choice is the ultimate goal. But we should not let the perfect be the enemy of the good: Since 2001, Florida has had a universal voucher program for students with disabilities and of all the half million kids who are eligible, including my son, less than 10 % participate. Why? Too many reasons to cite. What do we do for all the kids who remain in the public school system?

Florida had a voucher program in existence for nearly 7 years for all students in failing schools. More than 190,000 kids were eligible to participate, 753 kids chose to go to private schools. What do we do for the ones who remain in the failing school?

Sopchoppy, Florida – population 500 may never have a private school or a charter school. What do we do for those children? We give them virtual options, we make sure they have high standards, we make sure their diploma has value, we make sure that we give those kids a quality education so they can be anything they want to become when they graduate from high school.

Don’t get me wrong, I love school choice. As long as the Lord allows me and Gov. Bush wishes to employ me, I wish to remain in education policy advancing choice. But please know that I fear that we in the school reform movement do too much damage to each other and to the movement overall when we criticize each other’s motives, when we judge people based upon how they spend their time, when we draw lines in the sand, when we speak ill of a person, their organization or their record overall because we disagree with them on one policy issue.

We all need to be spending our time, in our own way, on our own issues combating the real problems: The 13,000 government controlled monopolies; the advocates and unions who oppose nearly all of what we stand for; and the pathetically poor schools that millions of children attend each and every day. Let’s not lose sight of the ultimate goal even if we may be taking different paths to achieve it.

The Conversation at Dropout Nation: Scott Barry Kaufman on Nurturing the Potential of Children

Voices of the Dropout Nation in Quotes: Doing the Same Old Won't Work for Kids