One More About the Tony Bennett Affair 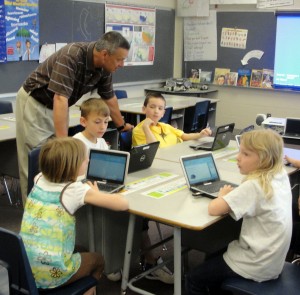 One of the roles of this publication is to serve as the conscience of the school reform movement. This means holding the players within it accountable for faulty thinking. It also means demanding the movement to live up to it moral responsibilities to all of our children. And it even means reminding school reformers that being in the movement also means facing the facts of life that come with the roles we have chosen.

This week’s revelations about now-former Florida Education Commissioner Tony Bennett move last year as Indiana’s schools czar to amend the state’s A-to-F grading system, and which affected the ratings of 13 schools (including one whose founder was a donor to Bennett’s re-election campaign) offers another example of why we always concern ourselves with how we conduct ourselves.

An interesting aspect of the reaction among some reformers to the revelation is that many attempted to soft-peddle it. Sure there were plenty of reformers (including Kevin Carey of the New America Foundation and his colleague, Anne Hyslop) who didn’t downplay or make excuses for Bennett’s decision, and others who did as much as possible to reserve judgment one way or the other. But some were more than willing to dismiss Bennett’s actions as no big deal in the broad scheme of things. Others wholeheartedly defended him without some circumspection about the lack of transparency involved with Bennett’s decision, or how the absence of candor could damage the movement as a whole. And some went further still and complained that Bennett’s resignation was the result of a political hit job that started with the leak of selected e-mails to Associated Press reporter Tom LoBianco that provided no context for the reasons behind the former Hoosier State superintendent’s decision-making.

Certainly your editor understands their reactions. After all, as a warrior for school reform, Bennett deserves plenty of praise for the efforts he has undertaken, both in Indiana and in Florida, to transform American public education for all of our children. His key moves, including overhauling the process by which the Hoosier State’s university schools of education select aspiring teachers for high-quality talent, and the launch and expansion of a school voucher program, will help our children gain the high-quality education they need for success in school and in life. Your editor hopes that God gives Bennett peace beyond understanding, helps him learn the good lessons from this fiasco, and prepares him for the next role in building brighter futures for all children. He and his family will be in our prayers.

At the same time, reformers can’t act as if our allies and fellow-travelers can never engage in bad conduct or make bad decisions. You can admire someone and still call them out for bad behaviors or decisions. While it isn’t clear that Bennett’s move was a case of bad behavior, there is evidence that he made a bad decision. And as a moral movement, we cannot dismiss or excuse it.

Based on all the evidence available, Bennett altered the grading for Christel House and the other 12 schools not to please one donor, but to avoid public backlash over problems with the underlying structure of the new A-to-F grading system and to skeptical state legislators from pushing back against his other reform efforts (a matter with which he expressed clear concern in one of his e-mails). But Bennett’s decision to not make his decision-making transparent and public, with full explanations for his decisions, and a willingness to take the heat for making the decision, has painted his actions in an even worse light than it may deserve. His decision also jeopardized the already-shaky credibility of an accountability system of one of the nation’s foremost reform-oriented states. There’s no way anyone can deem Bennett’s decision inconsequential.

Bennett’s decision to not be transparent about the grade changes or the decision-making process behind them may have temporarily set back two of the key goals of the school reform movement: Providing high-quality data that families, policymakers, researchers, and others can use to make smart decisions; and ensuring that all children, regardless of who they are or where they live, will get comprehensive, college-preparatory curricula. As is, A-to-F grading wasn’t exactly ready for prime time. But the fiasco has raised even more questions about its validity as well as that of other accountability systems, playing into the hands of teachers’ union affiliates and districts who don’t want the status quo to remain ante. And because Bennett will no longer oversee Florida’s reform-minded state education department, there is risk that the state will be cajoled into ditching Common Core reading and math standards.

As for whether the leaked e-mails were a part of a political hit job? Probably. As I explained on Wednesday, current Indiana Supt. Glenda Ritz — who defeated Bennett last year — has plenty of motivation for leaking the e-mails. The fact that she has declined to comment on the whole fiasco other than to say that she will further investigate the matter further hints at the likelihood that she and her allies are playing dirty. But as I also said the other day, education will always be subject to political gamesmanship. If Bennett was transparent in his decision-making in the first place, opponents wouldn’t have no weapon to use. So reformers must always be careful in how they handle their business at all times. For one, conduct becoming is always the best defense. Just as importantly, it’s hard for reformers to rail against the bad decisions of traditionalists if our own are doing the same.

All in all, we have to accept the fact that, like born-again Christians, we have publicly declared that we behave and conduct ourselves differently than those who defend traditionalist thinking. Because of our public declaration, and our dedication to the movement’s moral mission, we cannot engage in the same type of behavior and excuse-making as traditionalists who excuse policies and practices that condemn the futures of our children.

This isn’t to say that we can’t admire Bennett’s overall record, or that he can no longer play a role in the movement itself. At the end, we are all flawed and just as prone to bad decision-making. I hope to see Bennett do more great work on behalf of our children.  At the same, the movement cannot excuse the bad decision he made because he is one of our own. When we say no excuses, we also mean none for ourselves.

Voices of the Dropout Nation: A Lesson From the Past for the War for Children Today