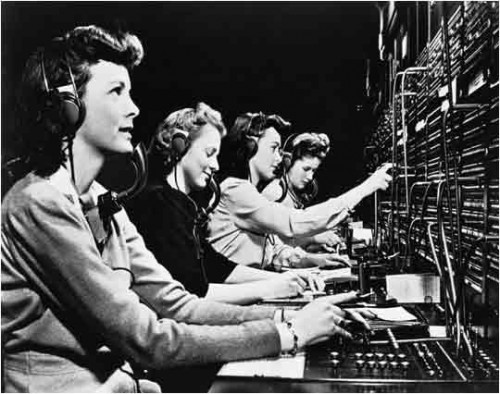 As with careers and industries, curricula standards must be replaced over time to adapt to changing times.

These days, the battle over the implementation of Common Core reading and math standards spills over into nearly every discussion about the transformation of American public education. Even amid discussions about the direction of the 12 year-long reform of New York City’s traditional district after Mayor Michael Bloomberg leaves City Hall next year. At an education policy forum held earlier today by the Manhattan Institute, the think tank’s lead wonk on school reform (and protégé of Common Core opponent Jay P. Greene), Marcus Winters expressed concern that Common Core’s standards may not remain high quality. Why? As reported by Josh Greenman of the Daily News, Winters thinks that the standards have been “centralized”, and thus, implicitly, are subject to political machinations by traditionalists.

Certainly this thinking is based in part on the rather misguided perspective that Common Core is essentially federal policy because of the Obama Administration’s support for Common Core’s implementation. As Dropout Nation and others have pointed out ad nauseam, Winters’ view is factually incorrect; the standards were crafted by the 45 states that are implementing them through the National Governors Association and the Council of Chief State School Officers (which serve as their policymaking bodies), and are just the natural evolution of the decades of work started by governors and chambers of commerce in southern states (and championed by standards and accountability advocates).But Winters’ view isn’t just shaped by that faulty interpretation of the facts. Even if the Obama Administration played no role in Common Core’s implementation, conservative reformers who oppose the standards would find problems with them because they fundamentally don’t believe that state governments (or any government, for that matter) should be in the business of shaping curricula and the standards that guide them.

It is legitimate to debate what role governments should play in education. The problem with the question posed by Winters (and by Common Core foes) is that it is the wrong one to ask. Just as importantly, the viewpoint that states shouldn’t be developing curricula standards fails to consider the realities facing our children — especially those from poor and minority backgrounds — who need and deserve high-quality education.

But first, let’s answer Winters’ question. The answer is quite simple: No set of curricula standards stays good for long — and that will true for Common Core. Certainly the challenges to high-quality standards from traditionalists as well as from others who have low expectations for poor and minority kids are part of the problem. This has been an issue even for standards developed by states on their own even before Common Core was being developed; the political opposition to high-quality standards (which, oddly enough, Common Core foes are aiding and abetting in their own efforts) also explains why 38 states had science standards that earned a C or lower in 2011, according to the Thomas B. Fordham Institute in a report released last year.  But even if those opponents were beaten back, Common Core would eventually have to be placed with even more-comprehensive standards. Why? Because changes in economy and society will demand it.

Economic and social changes — from innovations in technology to the advent of new civic challenges — always brings about new businesses and careers while rendering old ones obsolete. A career considered a high-skilled profession in one decade such as switchboard can quickly become a low-skilled job in the next (or, as in the case, of switchboard operators, disappear altogether). This is especially true when it comes to education. As economies and societies change, the educational demands will too — and they almost always lead to a need for higher levels of knowledge and skill, as well as differing kinds of them. Reading at an eighth-grade level (or simply being able to read a copy of the New York Times in 1960) may have sufficed in the mid-20th century, but definitely not so in this day and age. It may have been necessary to learn Latin in order to enter a knowledge-based job of the 19th century; it is merely an esoteric luxury now. Expecting the curricula standards of, say, the early 20th century, to meet the intellectual challenges of this century just doesn’t make sense; neither does expecting Common Core, which is geared toward helping kids gain the skills needed for this time, to meet the economic and social challenges of the next century.

In fact, one of the underlying culprits of the nation’s education crisis has been the unwillingness of traditionalists working within districts and university schools of education to adapt to an increasingly knowledge-based society. This can be seen in the opposition to using objective student score growth data in teacher evaluations and structuring teaching assignments (in an age in which using data is a critical part of marketing and strategy-development in the private and public sectors), and the continued focus of ed school professors on teaching aspiring teachers theory instead of on real-world practices that support student success. But it is especially clear in the viewpoints of far too many adults in schools and classrooms that only some children — namely white and middle-class — are worthy of high-quality teaching and college-preparatory coursework. This particular example of unwillingness to adapt to the modern world is a reason why just one out of every five middle-school students in seven states — California, Florida, Massachusetts, Minnesota, Pennsylvania, Virginia, and Washington State — was provided Algebra 1 courses during the 2009-2010 school year, as well as why 300,000 students in the nation’s Class of 2012 have never taken an Advanced Placement course even though they have demonstrated their aptitude for doing so, according to the College Board. We cannot build brighter futures for all children if we mindlessly embrace obsolete thinking. And this is as true when it comes to curricula as it is for other aspects of education.

So, no, Common Core will not likely be the comprehensive college-preparatory curricula children of the next century or even for those kids at the midpoint of this one. This is to be expected. More importantly, a timeless set of curricula standards shouldn’t be the goal anyway because very little in life stands the test of time. Common Core should be considered the high floor from which even higher standards will be developed over time, not the ceiling on them. School reformers of this time and in future years should be working constantly to ensure that our children gain the knowledge they need so they can write their own stories in the times in which they are growing up. So your editor expects that a new form of common curricula standards will emerge within the next decade to replace what Common Core is bringing into place right now. And all of us should welcome that.

What Winters and others should be concerned about is not whether Common Core will remain the gold standard for comprehensive college-preparatory curricula standards years or even decades from now. Instead, they should be concerned about what Common Core will help address today: The reality that far too many children aren’t getting the knowledge they need right now. This can be seen in the fact that 33 percent of fourth-graders in 2011 were functionally illiterate while another 34 percent of fourth-grade children are just reading at basic levels, according to the 2011 National Assessment of Educational Progress. It is even more clear when one looks at the growing gaps between children in states such as Florida that have embraced high-quality standards along with other reforms and those in states that have been unwilling to do what it takes to provide all children with college-preparatory curricula. At a time in which what a child knows can make the difference between attaining middle-class careers and becoming entrepreneurs or landing in prison and on welfare, simply doing nothing about overhauling curricula and standards (or vainly hoping, as many Common Core foes do, that districts and school operators will come up with high-quality curricula on their own) is simply unacceptable.

One can philosophically oppose states developing curricula standards, or coming together as one to do so, as it has been done under Common Core. But the reality is that states are mandated to do so under their respective constitutional mandates to structure public education. More importantly, as long as American public education is government-regulated (and, for the moment, mostly government-operated), states are constitutionally and morally obligated to do so. After all, standards are more than just benchmarks of what kids should learn. As with so much public policy, it is a clear communication in action of the expectations we have for our society. When we set the bar high for our children, and more importantly, for the schools, leaders, and teachers who serve them, we are declaring that kids should get the education they need to write their own life stories.

Common Core isn’t meant to be timeless. But that shouldn’t be the goal in the first place. What matters most is that we undertake the reforms — including in curricula and standards — that will provide children with the knowledge needed to choose their own paths.

Once Again, It's Time to Break Up L.A. Unified