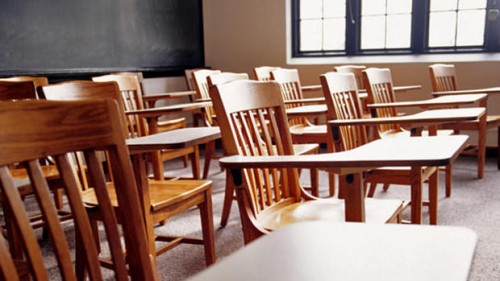 Nothing about out-of-school suspensions works for building up children or building cultures of genius.

Over the past two decades, researchers have detailed how out-of-school suspensions and other forms of harsh discipline rarely work effectively in improving student behavior or improving school cultures. It doesn’t even help kids get on the path to college and career success; as Johns Hopkins University researcher Robert Balfanz has also demonstrated (including in his 2007 study with colleague Douglas MacIver and Lisa Herzog of the Philadelphia Education Fund) sixth-graders who have been suspended at least once have just a one-in-five chance of graduating six years later. Yet despite the evidence, some traditionalists and otherwise-sensible reformers who continue to argue against the facts. The latest person to champion suspensions is Eva Moskowitz, the former New York City councilman and education reformer whose Success Academy charter schools have provided poor and minority children with high-quality education (and whose tough-minded tactics in advancing reform have made her the target of traditionalists both in the Big Apple and across the country).

Defending the higher than average levels of suspensions at Success’ charter schools on the pages of the New York Post, Moskowitz proclaims that suspensions are “a school’s version of giving a child a ‘time out'” so that they understand that “there are minimum standards of conduct for being part of the school community.” Pointing to an incident at P.S. 194, a traditional district school in the Harlem section of the Big Apple, where three children forced a third-grade schoolmate to perform a sexual offense — as well as the fact that one of her schools, Success Academy Harlem 5, had only one incident of reported violence compared to 92 at the traditional district school with which it shares space — Moskowitz also declares that suspensions are critical to helping teachers gain the support they need to manage their classrooms.

As you would expect, Mike Petrilli of the Thomas B. Fordham Institute — with whom your editor has sparred repeatedly over the racial dimensions of how school discipline is applied — declared that Moskowitz’ piece was a must-read. Well, I guess. While your editor is not fond of criticizing Moskowitz, her argument for suspensions is, for the most part, just plain off-target.

Sure, Success Academy Harlem 5 may have a lower level of violent incidents than the traditional district school with which it shares space. But an outlier does not the reality make. As Indiana University scholar Russ Skiba and others have shown, there is no correlation between high levels of suspensions and low levels of violent incidents in schools.  [There’s also no correlation between high levels of suspensions and improvements in student achievement.] If anything, there is plenty of correlation between high levels of suspensions and the levels of violent incidents in schools. More importantly, as Linda Raffaele Mendez and Howard Knoff of the University of South Florida have noted in a 2003 study, the use of out-of-school suspensions has little value as a deterrent against violence in schools. Why? Because children are rarely suspended for committing violence or possessing weapons. More often than not, kids are either suspended for engaging in disruptive or unruly behavior — which teachers and school leaders can and should address through more-effective means — or for tardiness, truancy and other attendance issues (which leads to the odd situation of kids forced to be home from school because they skipping or arriving late for classes).

In Maryland, for example, 60 percent of suspensions were meted out for non-violent offenses such as insubordination and classroom disturbance in 2010-2011, according an analysis conducted by the state department of education. Sixty-one percent of out-of-school suspensions meted out by districts in Connecticut in 2006-2007 were for disruptive behavior, disrespect, attendance issues and other violations of school policy, according to an analysis by the Nutmeg State’s education department; only one out of every five suspensions was either for fighting, threats, weapons possession, or violent crimes, and a mere one percent of suspensions were meted out for the sexual offenses of the kind Moskowitz mentions in her op-ed.  And as I reported back in 2005, 2006, and 2007 for the Indianapolis Star, most suspensions occur in categories such as disruptive behavior and attendance — which teachers and school leaders can deal with through more-effective means —  while students are also expelled for chronic truancy.

Contrary to Moskowitz’s arguments, suspensions rarely help kids understand how their behaviors affect their schoolmates and the cultures of the schools they attend. Two out of every five children suspended in by Maryland’s districts and other school operations were suspended again during in 2010-2011. Seventy-one percent of California children suspended in 2009-2010 were suspended two or more times during the school year, according to the Civil Rights Project’s analysis of U.S. Department of Education’s civil rights data. This isn’t exactly surprising. As Dropout Nation Contributing Editor Steve Peha pointed out two years ago, the escalating nature of traditional school discipline — with kids are punished more-harshly for later acts of misbehavior regardless of the kind of incident or its seriousness — is essentially arbitrary; as a result, children end up thinking of themselves as hapless victims instead of fully understanding the consequences of their choices. [The fact that suspensions mean that kids don’t actually face their peers or adults in schools — and thus, are allowed to not understand their roles as members of a community — is also part of the problem.] Just as importantly, there’s also the fact that kids who are suspended end up on the radar of school leaders and teachers, turning them from children who need high-quality teaching and curricula to the proverbial usual suspects even if they aren’t doing anything wrong.

Meanwhile Moskowitz fails to realize that adults in schools and districts often use suspensions as easy buttons instead of addressing the underlying issues behind the misbehavior of children. The biggest culprit of all: The struggles children have with their literacy and the failures of American public education to provide them with the intensive reading remediation they need (as well as high-quality reading instruction and curricula) so they can stay off the path to the economic and social abyss. As Deborah Stipek and Sarah Miles of Stanford University determined in a 2006 study of children from low-income households, children with strong reading skills in the early grades tend to also have good social habits (including the executive function of self-control), while those are struggling with reading tend to have disciplinary problems. A third-grader who is functionally illiterate is more-likely to end up engaging in the kind of aggressive behavior that leads to suspension and expulsion; in fact, low literacy in third grade is predictive of school discipline issues two years later in fifth grade. Because of the overuse of suspensions, teachers and school leaders are not dealing with the acting out in which children struggling with literacy tend to engage because of their fear of admitting that they can’t read.

Districts and schools can address these issues — and support teachers — first by identifying struggling readers from the moment they enter kindergarten using Response to Intervention techniques that have helped districts that use it reduce the number of kids diverted into special ed ghettos, and then providing reading remediation onward. But few districts have undertaken such sensible steps. These failures are compounded by the fact that far too many teachers lack the competency to instruct kids in reading; this is a problem that largely lies with the nation’s university schools of education and their continuing failures in recruiting and training aspiring teachers in reading. Combine the struggles in improving literacy with low levels of classroom management skills among many teachers (another problem traceable to ed schools), the arbitrary nature of traditional school discipline practices, and the problems within American public education attributable to racialist practices such as ability grouping, and it is little wonder why the overuse of suspensions is such a problem for our kids.

The consequences of American public education’s failures on all these fronts becomes especially clear when one looks closely at the overuse of another harsh form of school discipline — physical restraints — on children condemned to the nation’s special education ghettos. Kids in special ed account for 70 percent of all students punished through such means even though they account for 12 percent of all children in public schools, according to the U.S. Department of Education. One likely reason behind the overuse of restraints– the natural rambunctiousness of young men of all races exacerbated by their struggles in learning — is also one of the reasons why they also account for two-thirds of all kids in special ed ghettos. Young men, in particular, struggle with literacy because the areas of their brains in which language and literacy is developed lags behind that of their female schoolmates. Because of this, they are likely to act out, which, in turn, can lead to teachers mistaking misbehavior for being candidates for special ed. Fewer kids would be suspended — or condemned to special ed — if they were given high-quality teaching and curricula in the first place.

Certainly Moskowitz is right that rare incidents of violence and sexual misconduct such as the incident at P.S. 194 deserve the harshest punishment. But considering that few kids are ever suspended for such reasons in the first place, it is important to acknowledge the reality that the overuse of out-of-school suspensions does little to either help kids learn how to behave properly or keep them on the path to successful lives in adulthood. What Moskowitz should do instead is advocate for the kind of restorative justice approaches to discipline that would help children understand the consequences of their behavior, allows them to make amends for their wrongdoing, and keeps them in school. [A real time out, for example, would probably do more good than keeping kids out of classrooms.] At the same time, she should also call for school leaders and districts to look past the misbehavior of kids and probe deeply into why it is happening. Certainly issues that have to do with poor parenting cannot be fully addressed by schools; but they address the illiteracy and other learning issues that are often culprits for kids going off the straight and narrow.

Meanwhile Moskowitz should also demand the systemic reforms that are key to reducing the overuse of school discipline. This includes overhauling how we recruit and train aspiring teachers, especially in reading and in classroom management. The method of teacher selection pioneered by teacher training guru Martin Haberman — in which an aspiring teacher is observed working with a kid of a different background than her own — would help weed out those too quick to use the harshest punishment (and often, lacking empathy for children); this could also be applied to selecting school leaders. Implementing college preparatory curricula — starting with a strong focus on literacy and numeracy in the early grades — along with intensive reading remediation for kids struggling to read would also help keep more kids out of the suspension-to-failure pipeline.

Districts and schools can’t suspend their way to better-behaved children and cultures of genius. All that does is condemn more kids to despair.