Voices of the Dropout Nation in Quotes: Why Accountability Matters 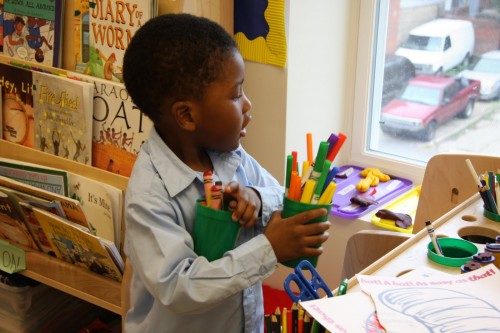 It would be nice if everyone in Washington was serious about helping all children succeed.

For 50 years Washington has gone to and fro with the states, including multiple reauthorizations of ESEA, trying to find the right incentives and sanctions. NCLB, the current version of ESEA, represented Washington at its toughest, or at least most prescriptive. What happened? Some states did fantastically well. Using the National Assessment of Education Progress (NAEP) as our measure, we found some states had raised the achievement of economically disadvantaged students the equivalent of a full grade level or more in just eight years… But many other states helped their disadvantaged students to little or no progress, including one that moved students backward. (They are named in the report.)

That states differ is hardly news. But the magnitude of the differences is. In less than a decade, the states have created a new achievement gap that is nearly two-thirds the size of the achievement gap between black and white students, a gap rooted in slavery, discrimination, and 200 years of shameful history. The new gap has nothing to do with economic resources, the historic differentiator of the states, or with where states stood at the beginning of the period… What explains the gap? In essence, whether states have been serious about reform. The states that made the most progress after allowing for other factors… have taken steps, in various ways, to raise academic standards and back them up with rigorous assessments, implement tough but thoughtful accountability systems, and strengthen human capital practices to attract, develop, and retain educators who can deliver on high standards. Low performing states simply have not.

Both parties in Washington are now taken with the idea that states are our best bet for improving education for our most disadvantaged students. The administration has now granted waivers to 37 states and D.C. to carry out their own plans for fulfilling ESEA, subject to some common parameters. Waivers have been approved in equal numbers for states that have performed well and deserve the administration’s trust, and states that have performed abysmally and offer no evidence that trust will be repaid with results… States and districts do need flexibility. But they must be held to account for what they accomplish with that flexibility and the taxpayers’ money. The only accomplishment that really matters is students’ learning… There is not a policy or proposal in town—from the Democrats, Republicans, or administration—that takes student outcomes seriously… Until policymakers pay attention to what states are accomplishing or not accomplishing for students, there is no reason to expect states to move in the same direction.

— Education Sector’s John Chubb, calling out congressional leaders, the Obama Administration and, by implication, even centrist Democrat and conservative reformers who think that ditching the federal role in advancing systemic reform will lead to positive results.

A group of Democratic state senators in Pennsylvania has now joined the revolt against the Common Core State Standards, saying “…we are opposed to common core state standards without adequate state financial resources for our schools so that all of our students have the opportunity to succeed under those standards, including those in financially distressed school districts.” Which leads me to ask the following question of these Democrats: How is it that countries that spend substantially less per student than the United States also produce student achievement way above ours? Why do we need even more money to produce results like theirs? How much is enough?…

Years ago, I was running a focus group in Rochester, New York. I was asking parents how they felt about standards. An African-American single mother living on welfare said, “My boy is in middle school in the city. He is getting A’s just for filling in the colors in a coloring book. The kids in the suburbs have to work really hard for their A’s. When my child graduates, all he will be good for is working the checkout counter at the grocery store. I want my child to have the same opportunities they have. I want him to have to do as well in school as they have to do to earn an A.”

She understood what standards are all about a lot better than the Pennsylvania Senators do. She understood that the world is unforgiving. Employers have standards. Schools providing graduate education in the professions have standards. If you cannot meet them, you do not get the job and you do not get a professional education. The Common Core State Standards simply reflect reality. They reflect what the world now demands… the welfare mom in Rochester was dead right. The Pennsylvania senators do not have the option of rejecting the standards. The standards are there, in the behavior of employers and selective colleges who reject poor and minority kids whose education does not cut it every day. The only option they have is to figure out how to embrace the standards and figure out how to use the money they are already appropriating to fix our bloated, ineffective system by taking cues from the countries that are beating the pants off of us.

National Center on Education and the Economy’s Marc Tucker in Education Week, pointing out the obvious about why implementing Common Core standards matters, especially for poor and minority children.

All parents want to match their children with the schools that best meet their needs. This is not a political or ideological decision for parents. They just want to do what’s best for their children. Low-income parents have fewer schooling options than more affluent parents. Scholarships provide low-income families with more options. Scholarships don’t level the playing field, but they move us toward greater equality of opportunity for disadvantaged children. Low-income parents don’t have a bias for or against neighborhood schools, magnet schools, charter schools, virtual schools or private schools. Their schooling decisions are pragmatic. They just want access to schools that work for their children… Children and schools are constantly changing. A school that works for a child one year may not work for this child the next year. When the relationship between a child and a school is no longer successful, low-income parents with scholarships find another school. Low-income parents without scholarships don’t have this option…

Doug Tuthill of RedefinED, articulating to politicians in North Carolina what matters for poor and minority families and the children they love. Tuthill’s points should also be read by everyone who wants brighter futures for all kids.