New Jersey’s Takeover of Camden: A Step Toward Ending the Myth of Local Control

RiShawn Biddle
2 Comments on New Jersey’s Takeover of Camden: A Step Toward Ending the Myth of Local Control 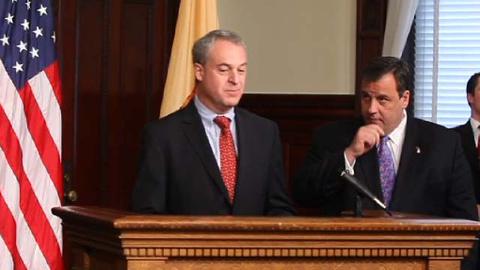 As your editor mentioned earlier today, yesterday’s ruling by the Indiana Supreme Court’s sustaining the Hoosier State’s school voucher program was another reminder that the myth of local control — the fantasy that traditional districts and the school boards are in charge of structuring education — is just that. As evidenced by the ruling, all state constitutions charge state governments with the role of providing education in one form or another, from deciding how schools should be financed to how it should be delivered to children and families. As local governments, districts are merely arms of their respective states, only given as much latitude to operate as state governments decide. This is a point made clear by the U.S. Supreme Court a century ago in the Hunter v. Pittsburgh ruling, as well by the federal government through the No Child Left Behind Act (as well as previous versions of the Elementary and Secondary Education Act). Yet education traditionalists and those opposed to the implementation of Common Core reading and math standards in 45 states and the District of Columbia still continue to argue otherwise as if the law isn’t what it is.

This is clear from the reaction of traditionalists to this week’s move by New Jersey Gov. Chris Christie to take over Camden’s notoriously inept district. For good reason. Just 50 percent of the district’s eighth-graders in its original Class of 2010 graduated from high school in five years, according to Dropout Nation‘s analysis of state and federal data; although slightly better than the 42 percent five-year graduation rate for its original Class of 2001, but the improvement only came because 211 fewer eighth-graders were in the Class of 2010 than in the Class of 2001. Meanwhile Camden has made few efforts to overhaul its own operations, even with millions of additional school aid thanks in part to the long-running Abbott school funding litigation. The average Camden teacher was absent for 11.2 days during the 2008-2009 school year, according to an analysis by the Courier-Post, leading the district to spend $8,748 each day for 81 substitute teachers to fill in for absent teachers. It hasn’t had done well in the school leadership department either; the most-recent person to hold the district’s superintendent post, Bessie LeFra Young, skipped out on more than 180 days of work for two years before being sent packing late last year (and managed to collect $6,000 in reimbursements for travel expenses she rang up during her tenure to boot). The district didn’t even begin a search for a new top boss until this past December, five months after Young’s departure; it was still interviewing candidates this week just as the takeover was announced.

Considering that New Jersey taxpayers provide 72 percent of Camden’s $386 million in revenue (as of 2010, according to the U.S. Census Bureau), it shouldn’t be shocking that Christie and Education Commissioner Chris Cerf moved to take the district’s operations out of the hands of its board. But for traditionalists — especially the intellectual charlatan that is Diane Ravitch (taking her cue this time from one of her more-rabid acolytes) —  the move by Christie and Cerf is little more than an undemocratic move that harms public education (as well as a racist plot to strip the mostly-black residents of Camden of their democratic decision-making ability). From where they sit, Camden should still be run by its board, allowed to fall apart and continually rob another generation of children of the high-quality education they need to succeed in school and in life simply essentially because local control is so much more important. The fact that Christie isn’t attempting to take control of relatively better-performing districts (not that this is saying much), especially in the Garden State’s suburbs, also rankles them. Declares one traditionalist in a debate on Twitter with Eric Lerum and Rebecca Sibilia of StudentsFirst: “It is a double-standard to say that self-governance is fine for wealthy communities but not poor ones.”

Your editor won’t spend time on the whole state-takeover-is-anti-democratic claptrap because it makes no sense on its face. After all, Christie was elected by New Jersey’s citizens, as is the state legislature (which passed state law allowing for the state to take over districts and schools in the first place), while Cerf was chosen and confirmed by the state’s elected players. Democracy is plenty involved here. Nor will I indulge the race-baiting and class warfare rhetoric. There’s no reason to even address the demagoguery of traditionalists who are justify letting the futures of children fall into the economic and social abyss. The bigger issue is that traditionalists are once again using the myth of local control to argue the Garden State has no right to take control of Camden’s operations. And that isn’t so.

New Jersey’s own state constitution charges state government with the job of providing “for the maintenance and support of a thorough and efficient system of free public schools for the instruction of all the children in the State between the ages of five and eighteen years”. More importantly, as state courts have ruled in the long-running Abbott school funding tort championed by equity and adequacy advocates in the traditionalist ranks, state government is also responsible for making sure that all kids attending traditional district schools are provided with adequate instruction, curricula and financial resources. Simply put, the Garden State has plenty of leeway in governing and operating public education for kids and families; this includes providing vouchers to the families of kids attending failure mills in districts such as Newark, allowing for the expansion of charter schools, and even taking control of failing districts whose instruction and curricula is no longer fit for educational consumption.

Just as importantly, New Jersey is constitutionally and even morally responsible for intervening in situations when districts have been in states of continuous systemic failure, academic or otherwise. We expect our political leaders to act responsibly and within constitutional bounds in their elected roles. This includes making sure that children, especially those from poor and minority backgrounds, are provided high-quality education, and taking steps within those bounds to allow the parents of those kids to escape educational neglect and malpractice. There’s no way Christie or Cerf could call themselves responsible public servants if they didn’t put Camden under state receivership.

This isn’t to say that the Garden State has a strong record of overhauling failing districts. Dropout Nation has pointed out the past failings of Christie’s predecessors in Jersey City (which remains a mess) as well as the problems states face in leading the turnaround of schools and districts. It would actually be better if Camden’s main city government could take control of the district, with the mayor overseeing its overhaul. But Camden’s city government is in as bad a shape as the district itself, with officials there now settling a rash of lawsuits that spawned out of revelations that police officers were engaged in planting evidence against 88 wrongly-convicted people. As with Detroit (whose city government and district are now under state receivership), mayoral control in Camden is nowhere near a possibility. Which leaves New Jersey’s state government stuck with cleaning up the mess. On that, Christie and Cerf should abandon the traditional district model (which hasn’t worked in Camden for a very long time) and move to the Hollywood Model of Education. This includes embracing the Recovery School District model used in New Orleans, allowing families and communities in Camden to take control of existing schools and turning them around on their own, and voucherizing Camden’s school dollars so that families can send their kids to an array of charters, private schools, parochial schools, and community-operated operations.

New Jersey state government was within its mandate as the provider of public education in the state to take over Camden. More importantly, Christie and Cerf were morally right to do so. Those who engage in local control mythmaking just to defend failed practices should just plain stop.