When Will School Reformers Take On School Discipline?

Matt Barnum
1 Comment on When Will School Reformers Take On School Discipline? 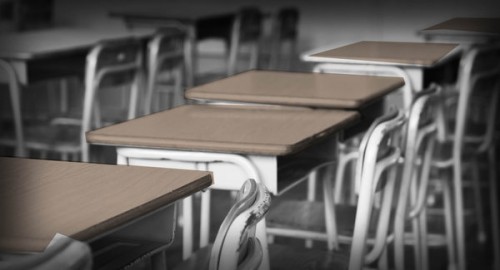 Imagine punishing a child for not eating his broccoli by prohibiting him from eating broccoli for a week. Such is the logic that pervades school discipline, where students are punished for misbehaving in school by being suspended or expelled from school. It’s something that’s not much talked about among school reformers these days, and traditionalists talk around it too. So I was thrilled to see Education Week put together a comprehensive examination of the issue of school discipline and culture.But in the month since EdWeek ran that compendium, the response from the education community — especially from reformers — has been nothing.  Perhaps I missed it, but I saw almost no discussion in response to the fantastic report.

For all the good reformers are doing, the lack of effort on their part on changing how we discipline students without condemning them to the school-to-prison pipeline is an inexcusable oversight. Dropout Nation is one of the few outlets spotlighting this issue and on a constant basis. Peter Meyer, formerly of the Thomas B. Fordham Institute, has also devoted attention to this issue. Other publications of a reform-minded bent — and reformers in general — say little at all. This is a problem. The troubles of our current approaches to school discipline pervade our struggling schools, debilitating principals, teachers and students, corroding working conditions, and harming student achievement. It’s high time school reformers and education policymakers start talking about it.

I know this problem personally. My last two years teaching in a low-income school were a stunning introduction to the constant discipline issues and the culture that they sow in thousands of schools. During my two years, I was called names that can’t be reprinted and sworn at; yelled at and ignored; given the middle finger and lied to. Desks and textbooks were vandalized; my personal supplies were stolen. A fight once broke out in my classroom; fights constantly happened throughout the school.

I didn’t leave the teaching profession because of salaries, or career ladders, or being over-regulated, or “poor working conditions”, or lack of resources. It definitely wasn’t because of testing, or narrowing of curriculum, or because I wasn’t treated like a professional. In short, I didn’t leave for any of the reasons traditionally cited as the causes of teacher attrition. I left teaching in large part because the requirements of school discipline – the constant exhaustion, the feeling of always being on edge – were too much for me.

During my first year on the job, I was among the weakest teachers at my school in terms of managing student behavior, but I was hardly the only one. In my second year, I was probably average, but still struggling. Veteran teachers were better than newcomers on average, but many older teachers had the same problems. One who was a constant target of student disrespect, had hand sanitizer poured into her coffee mug one year; a year later a different student spit into her coffee.

During my first year, the principal at the school I taught at took a hands-off approach. She discouraged office referrals, blamed teachers and expected them to handle their own discipline. One time I wrote a referral for a student who threw a desk and was shouting to the point that I couldn’t teach. The student was sent back to my room ten minutes later; the referral had been rejected because it did not constitute a high enough offense, such as fighting or stealing.  After one student called me an awful name, the principal pulled me aside and said, “It’s not them. It’s you.” As difficult as it was to hear, she had a point.

My second year, the principal changed and so did disciplinary policies. Referrals were encouraged if students were inhibiting instruction. It’s hard to say how well this plan worked. Teachers, myself included, felt vastly more supported, and I suspect that many classrooms, including my own, saw increased learning. But office referrals increased dramatically, as did suspensions. The administrators were inundated and overwhelmed. Students and a handful of parents complained that the school had turned into a prison.

Both approaches are problematic, and teacher surveys show how dire it is. A recent EdWeek survey found that only 14 percent of teachers in high-poverty schools said that “students are well-behaved.” It’s no surprise that the recent study on the KIPP network found that one of the best predictors of individual schools’ success was whether the principal reported a “comprehensive school-wide behavior system.”

What are we to do? A reformer might simply point to teacher quality, arguing that if we recruit and retain great teachers, schools will necessarily have fewer discipline issues. This certainly has a lot of truth. During my first year, I worked on a grade-level team with three exceptional veteran educators. When we had team meetings, and I recounted behavior issues with a certain student, the other three would all say cheerily, “He’s fine for me!” This was demoralizing at the time, but it made clear what reformers already know: great teachers can achieve great things in their classrooms, even with challenging students. At the same time, we just can’t rely on high-quality teaching to stem student misbehavior. Even some excellent ones face too much student misbehavior – or expend too much effort preventing such misbehavior – and there are far too many teachers who could be excellent but are inhibited by a lack of classroom management. [Editor’s Note: Which is why the nation’s ed schools must move away from filling the minds of aspiring teachers with useless pedagogy to providing real-life training on how to run classrooms.]

There’s also the matter of how to address the achievement gaps at the heart of student misbehavior. One of the consequences of achievement gaps is a discipline gap, in which lower-income students and students of color achieve at lower level and are far more likely to face school discipline. Deborah Stipek and Sarah Miles of Stanford University determined in a 2006 study of children from low-income households, third-grade reading performance is strongly associated with social skills; a third-grader who is functionally illiterate is more-likely to end up engaging in the kind of aggressive behavior that leads to suspension and expulsion; in fact, low literacy in third grade is predictive of school discipline issues two years later in fifth grade.  [Editor’s Note: This is also why intensive reading remediation in the early grades, which would help stem many issues related to discipline, is also important to put in place.]

Something needs to give.We can’t suspend and expel students into better behavior. We can’t continue keep putting our kids onto the school-to-prison pipeline. The need to change the paradigm on school discipline demands as much attention from reformers as they put into changing the paradigm when it comes to teacher compensation. I don’t know the answers. But I know we should find them.

The Dropout Nation Podcast: Six Steps Towards Helping Our Kids Blaze Their Own Trails