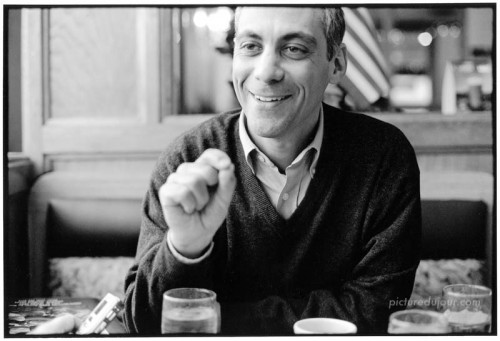 Chicago’s Ever-Growing Pension Woes: Last month, Dropout Nation began using a new formula developed by credit ratings firm Moody’s to reveal what is likely the true extent of the pension deficits faced by states and districts. Back then, DN concluded that Chicago faced a pension deficit of $9.3 billion in the 2010-2011 fiscal year, 35.6 percent higher than the $6.8 billion it officially reported. But now, the Second City’s pension released its actuarial report for its 2011-2012 fiscal year, and it is a dozy. Thanks in part to a $686 million decline in the value of its investment portfolio, the Second City’s teacher pension deficit is now officially $8 billion, or more $1.2 billion higher than in the previous fiscal year. Luckily for Kevin Huber, who runs the pension, he was able to claim that the pension had “57 cents in the bank for every $1 owed” before the actuarial report went public.

But these are just the officially reported numbers — and understated at that. For one, Chicago’s pension still assumes a rate of return of 8 percent, or 2.5 percentage points higher than what Moody’s (or anyone else) thinks is likely, and far higher than the four-tenths of one percent decline in the value of its portfolio between 2010-2011 and 2011-2012. In fact, the 8 percent assumed rate of return is far higher than the 1.7 percent annual gain (on an actuarial basis) the pension experienced for the past five years, and the 4.3 percent annual actuarial-based growth experienced in the last decade. If not for the fact that the pension only recognized a mere 25 percent of $4.4 billion in investment losses over the past five years up until 2011-2012, it would have had to report a $11.3 billion underfunding. This wouldn’t have been music to Second City Mayor Rahm Emanuel’s ears (or that of his equally woe-besot rival, American Federation of Teachers’ Chicago local boss Karen Lewis).

Yet even those numbers don’t get to the true levels of underfunding. For that, Dropout Nation assumes a 5.5 percent rate of return based on the Moody’s model. The conclusion: Without adding in the unrealized losses, Chicago’s teacher pension deficit is $10.8 billion, 35.6 percent higher than it officially reported. Based on a 17-year rate of amortization, Big Shoulders taxpayers would hate to pay an extra $636 million, or more than the $196 million in pension payments it will make this year and the $535 million it will pay out in 2013-2014. Add in the unrealized losses (and then calculate based on the 5.5 percent rate of return called for in the Moody’s model) and the true size of the pension deficit is $15.3 billion. Chicago taxpayers would have to hand over $900 million a year for the next 17 years just to get out of the hock.

Simply put: It is unlikely that Chicago’s teachers’ pension has 57 cents for every dollar owed. Given that at least 6,006 Second City teachers — or one-fifth of employees covered by the pension — will retire in the next decade, Emanuel will have to do more than just freeze cost-of-living increases for pensioners of this and those drawing off the rest of the city’s annuity funds. So expect Emanuel to push the AFT hard on traditional teacher compensation, especially given that the three-to-four percent annual pay hikes the union has demanded and received is one culprit in the massive underfunding. At least this time around, he won’t have to worry about a presidential election and a rather meddlesome federal incumbent’s effort to stay in office.

Arne Duncan’s Sequestration Numbers Problem: Over the past couple of years, the U.S. Secretary of Education has declared that as many as 90 percent of the nation’s schools would be found academically failing under No Child Left Behind Act’s powerful Adequate Yearly Progress accountability provisions, and stated earlier this month that he wasn’t likely to allow districts to participate in the Obama administration’s No Child waiver gambit. None of those statements have proven to come to fruition. So one shouldn’t be too surprised that Duncan’s declaration this past Sunday on Face the Nation that sequestration-related budget cuts likely to come to play on Friday as required under the Budget Control Act has led to teachers “getting pink slips… that they can’t come back this fall” isn’t exactly coming to pass either. Three strikes?

When Will School Reformers Take On School Discipline?