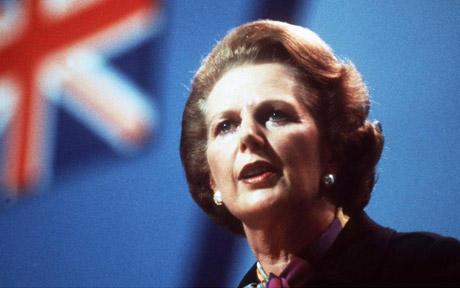 You Can’t Be Neutral on a Moving Train, is the name of liberal historian Howard Zinn’s biography. The book’s title speaks to its message, and it’s a message that some in the education movement should take to heart. Some in education, with the best-intentions, would argue that the key to reforming schools is for all stakeholders to come together, work together, and do – say it, together – “what’s best for kids.” This idea has a simple, intuitive appeal. But it is also wrong.

This philosophy is typified by Teach for America founder Wendy Kopp, whom, as an alum, I think has done so much for the school reform movement and to whom I  owe my own involvement in education. Most recently, in response to an open letter penned by TFA alum and education traditionalist Gary Rubinstein, Kopp wrote: “Education leaders and districts across the country have shown us that we can bridge traditional divides and work together to do what’s best for kids. But we have to stop thinking of ourselves as locked in an ideological battle and focus on doing everything in our power to give students today the education they deserve.”

A post on the TFA blog by an alum and Chicago Public Schools administrator offered a similar perspective regarding the Chicago teachers’ strike: “[W]hat I’ve learned more than anything over the past decade was that we are on the same team. We have to be, or else we won’t solve this… We need to do what’s best for kids.”

Everyone – from Diane Ravitch to Michelle Rhee – can agree with these sentiments: that we should “do what’s best for kids” and “give students the education they deserve.’” The fact that these statements can garner such widespread agreement shows just how content-less they are. They beg the questions: What type of education do students deserve? What is best for kids?

It’s particularly problematic that Kopp seems to create a dichotomy between ideologues –those “locked in an ideological battle” – on the one hand, and those who want to do what’s best for kids, on the other. In actuality, ideologues not only want what’s best for kids, they actually have ideas – some good, some bad – for how to achieve results. Reformers emphasize school choice, parental empowerment, and teacher quality; traditionalists focus on class size, early-childhood education, and wrap-around services. [Editor’s Note: Kopp also fails to understand the historical and intellectual importance of conflict and being divisive in driving movements that have improved the lives of all people.]

If Kopp is focusing on the increasingly vicious attacks by the likes of traditionalists Diane Ravitch and Karen Lewis or some of the harmful and distasteful rhetoric on the reform side, then I agree. I favor engagement over name-calling, substance over shouting, discussing ideas over demeaning people.

In fact, it’s completely appropriate for Kopp, as the leader of a diverse, high-profile organization, to avoid taking stances on divisive issues. That’s fine, and I agree that TFA’s role should be to foster discussion about rather than provide answers to these tough questions. With that in mind though, it’s equally inappropriate for Kopp to critique the “ideological battle” or to peddle the non-substantive “do what’s right for kids” model.

There are times when compromise may be necessary and effective. But not always, and not necessarily. The desire to compromise can lead to stagnant policies, Pyrrhic victories, and the compromising of the powerful ideal that TFA espouses: “that one day, all children in this nation will have the opportunity to attain an excellent education.”

It’s possible that this vision can be reached by bridging old divides and coming together. But just likely is that an uncompromising, ideological vision of change to our education system may, in fact, be what’s best for kids.

Voices of the Dropout Nation in Quotes: Choosing Educational Destinies is Part of Civil Rights

Another Attempt to Weaken Parent Power in Connecticut