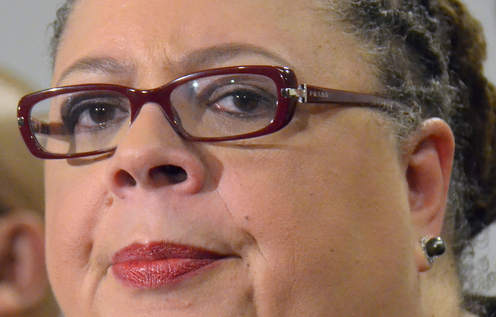 As the 26 children, teachers, and school leaders slain last week in Newtown, Conn., are being mourned by their families and friends, some traditionalists think it is an excellent opportunity to engage in the kind of nastiness unbecoming of decent people. From the perspective of these folks, most-notably the education historian-turned-sophist Diane Ravitch, the Newtown massacre serves as their chance to mount their usual criticisms of the school reform movement and advocate against public charter schools, as well as go beyond that. And this is shameful, amoral, and unacceptable.

Yesterday, your editor chastised Ravitch for her nastiness. But as I mentioned then, Ravitch has found allies who will defend the indefensible. One of them is Karen Lewis, the president of the American Federation of Teachers, who, in a correspondence with Ravitch published yesterday on the latter’s site, accused David Rosenberg, a vice president at Teach For America who criticized Ravitch publicly and demanded her to take down her nastiness, of “false outrage”. Lewis then went further by accusing reformers of advocating for policies that supposedly “kill and disenfranchise children from schools across this nation”. Going further, Lewis declares that ChiTown students have been “victims of [school reform] experiments”, evoking some other imagery that is even more distasteful.

As I said yesterday: Wow. Just wow. Or as my dear departed grandma would say, Lewis just couldn’t keep it to herself just once.

Certainly I am not one to argue against strong, strident polemicism by either reformers or traditionalists alike. I’m not even going to say that Lewis should be banished for her statements; to err is all too human. At the same time, there is a level of civility in which all sides should engage. This is especially true when it comes to dealing with tragic events that don’t involve any political argument, but the lives of real men, women, and children, whose parents, siblings and kin have been brutally murdered. The simple rule of decency, civility, and good manners is to stand down on the political sparring; pay respect to the memories of the men and women who have died; give your condolences to their families; and simply say that we need to improve the world so that all of our children and families can live in safety. The battles and spar-fests can happen at other times or be mentioned in other discussions that don’t involve this tragedy. Simply put, politicizing tragedy has never been and never will be acceptable.

Lewis could have easily made her arguments without even mentioning the Newtown massacre. The fact that Lewis didn’t do so — and that Ravitch tacitly agrees with her statements by approvingly publishing them in full — shows that both women are lacking both in civility, manners, and basic human decency.

As Andy Rotherham noted today, Lewis’ behavior (and that of Ravitch) is absolutely rank and saddening. It is also pure demagoguery. And both Lewis and Ravitch, adults who have been alive long enough to know better, should be ashamed of themselves.