This is Dropout Nation Why Systemic Reform

RiShawn Biddle
Comments Off on Why Systemic Reform: Connect Our Kids to Better Futures 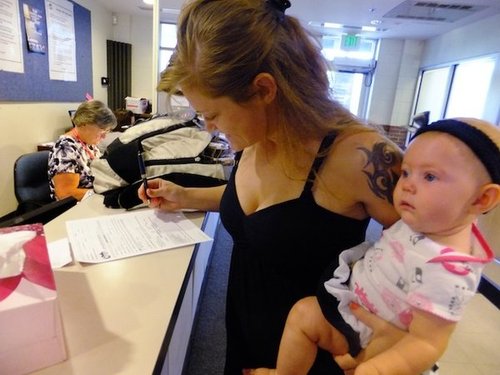 Fifteen percent of young men and women age 16-to-24 in 25 of the nation’s big cities are neither working, finishing high school, or studying at an institution or program of higher education. Based on an extrapolation of those numbers, that means it is likely that at 5.8 million young adults (and likely more) in those urban communities have essentially been condemned to poverty, prison, and social despair. Many of them are young black, white, Latino, and Asian men, who, unlike previous generations, cannot depend on low-skilled factory and farm work to provide middle class incomes that can sustain families. It is unlikely that they will ever take on any meaningful work, play roles in civil society, or stay off of some form of public assistance. And their disconnection from the mainstream has devastating consequences to the nation’s economy and social fabric in an increasingly global economic age.

This is the sobering news that you learn from the Social Science Research Council’s latest report on the challenges facing young adults as a result of the nation’s education crisis. And the data once again serves as a reminder of why we must continue the overhaul of American public education – and ensure that all children get the comprehensive college-preparatory curricula they need to write their own stories.

Certainly the aftermath of the strike by the American Federation of Teachers’ Chicago local has consumed a lot of discussion about the battle between education traditionalists and reformers about the direction of the nation’s public school systems. But it is important to remember why the reforms traditionalists oppose are needed more than ever: Because we are in a time in which what you know is more important than what you can do with your hands. As Dropout Nation reported earlier this year in a collection on education and the economy, annual compound growth in real weekly wages for high school dropouts has declined between 1963 and 2008, even as high school grads, those with some higher ed training, and collegians, have seen compounded annual wage growth of at least four-tenths of one percent. This is because dropouts (and even many high school grads) lack the strong reading, math, and science skills needed to gain entry into high-skilled and knowledge-based white- and blue-collar jobs that are (and will continue to be) the biggest sources of economic and wage growth. The lack of skills is one reason why just half of all high school dropouts age 25 and older are out of the workforce, the culprit behind the 14 percent unemployment rate for those dropouts that seeking work, and the key factor for why you see so many middle-aged workers handling the fast food jobs once reserved for teenagers.

The even more grave consequences are now being born by the 16-to-24 year-olds who are among the 10.2 million who dropped out in the past nine years. Lacking the substantial work experience of middle-aged dropouts, along with being bereft of literacy, numeracy, and science knowledge, these young men and women are even less unemployable than earlier generations. Even worse, because of the years of educational neglect and malpractice by those adults working in dropout factories, failure mills, and warehouses of mediocrity, these kids are also unfit to get into apprenticeship programs, traditional colleges, and other forms of higher education. As a result, they are in an economic no man’s land. Little wonder why only 72 percent of 16-to-24 year olds not in school are in the workforce, according to analysis of U.S. Bureau of Labor Statistics data by Dropout Nation — and the unemployment rate among those seeking work is 17 percent (as of the end of 2011).

But the consequences for these young adults goes beyond the financial. As Sarah Burd-Sharps and Kristin Lewis point out in the SSRC report, when young men and women are unemployable, their social prospects are also gloomy. For young women, the lack of education becomes a vicious cycle: They are more-likely to become out-of-wedlock mothers in part because they see no point in either using birth control or delaying gratification, resulting in 35 percent of young women neither working or in school becoming pregnant versus just 10 percent of peers who are engaged in college and career; once pregnant, they are unlikely to continue on the path to high school and college graduation even though achieving those goals will lead them to becoming employable in the adult world. The fact that 22 percent of young black adults age 16-to-24 aren’t either working or in school is one reason why 70 percent of young black children are borne out of wedlock.

For young men, who make up three out of every five high school dropouts (and part of the reason why young men account for only 43 percent of baccalaureate degrees compared to 57 percent of female peers), the consequences are even more grave. Their low levels of education make them less attractive as future husbands; like 35 percent of male dropouts 35-to-54, they will likely never marry. Like young women without either education or jobs, they will also be less likely to exercise restraint as well, helping to bring more out-of-wedlock children into conditions that perpetuate another cycle of economic poverty. This cycle is familiar to these adults because their parents were also dropouts, condemned to economic and social despair. These young men are also more-likely to end up in prison and homeless than peers who have graduated from high school and gone on to college and career; as Princeton University researcher Bruce Western and Becky Pettit of the University of Washington pointed out in their 2004 study, young black men who are high school dropouts are 12 times more likely to land in prison by age 34 than peers who have some college education, while the risk for young white male dropouts is 16 higher than for their college-educated counterparts. It is also why American Indian, Alaska Native, and Native Hawaiian young men (a group SSRC unfortunately left out of its study even though more than 90 percent of them live outside of reservations and attend traditional public schools) struggle so mightily in the economic and social mainstream.

Meanwhile the social consequences go even beyond out-of-wedlock births. One of the reasons why high-quality education is so important is that it plays a critical part in helping young men and women know their own names. When children can read proficiently, handle algebraic equations, and understand abstractions upon which the world is formed, they build the self-confidence that comes from achievement and learning, the ability to converse with anyone anywhere no matter their station in life, and the capability to build stable lives and be socially mobile in the knowledge-based world. When children grow up unskilled and unemployable, they struggle with healthy self-esteem, emotional stability, and physical as well as mental health. They cannot meet their obligations to God and their fellow men and women to be players in civil society. And their instability (and dependence on the welfare state) ultimately makes the communities in which they live and the nation as a whole unstable.

These are consequences that come in large part from the failures of American public education. One out of every three fourth-graders are functionally illiterate, according to the 2011 National Assessment of Educational Progress; a mere one in every two fourth-graders — and two in five  eight-graders and high school seniors — had gotten the science instruction needed to successfully take on hands-on science tasks such as “appropriately decide how to manipulate four metal bars made of unknown materials to determine which ones were the magnets”, according to the 2009 edition of the federal test of educational attainment. Shoddy reading, math, and science instruction, often by teachers poorly trained by the nation’s ed schools and protected by near-lifetime employment and performance management policies that allow laggard teachers to stay in classrooms, is one reason for why so many kids are struggling and becoming disconnected. So is the fact that our kids are being provided shoddy curricula, exacerbated by a century of rationing education — especially the comprehensive high school model, gifted-and-talented programs (which falsely perpetuate the idea that they are cordons solitaire from the problems ailing the rest of education), exclusion of  and special ed ghettos used to condemn young men considered unteachable by those unwilling to instruct them. We cannot reduce poverty — and continue to bend the arcs of American and world history toward progress — if we continue to damn these young men and women (and the children they will have) to low expectations.

Which is why the argument made by SSRC — to move away from focusing kids on college and career success — is puzzling. Contrary to its argument, the solution isn’t to move away from the focus on providing kids with comprehensive college preparatory curricula — or to shy them away from attending college and other forms of higher education (including apprenticeships, which require the same levels of knowledge for entry as traditional higher ed institutions). As I made clear last year in criticizing Ronald Ferguson, Robert Schwartz, and William Simons of Harvard University in their rather thoughtless (and racialist) Pathways to Prosperity report, arguing against college preparatory education does little more than perpetuate the decades of educational neglect and malpractice that has gotten the nation here in the first place. If anything, thanks to the focus of reformers on helping all kids get high-quality curricula, we are now seeing fewer kids being condemned to illiteracy and innumeracy. When all kids get college preparatory learning (and we improve curricula and teaching through efforts such as enacting Common Core standards), they get the knowledge they need to succeed in pursuing any path they choose. Which will help their families, their communities, and the nation as a whole.

Reformers must continue to embrace John Taylor Gatto’s adage to treat all children as geniuses. This means battling fiercely (and rallying support from families and communities) to overhaul American public education. The cost of uneducated children is disconnected adults unable to help anyone around them.