When Teachers’ Unions Perpetuate Cultures of Abuse: The California Example

RiShawn Biddle
Comments Off on When Teachers’ Unions Perpetuate Cultures of Abuse: The California Example 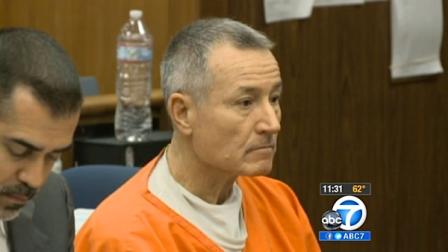 Over the past few months, the California branches of the National Education Association and American Federation of Teachers have shown how far some education traditionalists will go to defend practices and policies that keep failing teachers in classrooms by lobbying against a state legislative proposal, Senate Bill 1530, which would have made it easier for districts to toss out instructors who were accused of criminal abuse of children. The proposal, which was prompted by the scandal enveloping the Los Angeles Unified School District over the long career of former Miramonte Elementary School teacher Mark Berndt, who now faces 23 charges of what the law politely calls lewd acts upon a child, arose the ire of the two unions because it would have allowed school districts to suspend teachers accused of alleged sexual and substance abuse crimes without pay and allowed dismissals to be presented before an administrative law judge instead of the usual three-person panel of the state’s Professional Competence commission that is largely slated in favor of NEA and AFT. From the perspective of the two unions, there’s no way that the Golden State should make it easier for districts to actually get criminally abusive teachers out of the classroom a little more easily.

So it wasn’t surprising when NEA and AFT affiliates used its clout within California’s legislature (and implied threats of withholding campaign dollars and political support for political campaigns) to kill SB 1530 last month. Nor was it all that surprising for the unions to declare that killing off SB 1530 was somehow a victory for the teaching profession. In reality, what the two unions have done is perpetuate policies that will continue to damage the futures of children and hurt the public standing of good and great and honorable teachers who deserve our esteem.

Let’s be clear: The fact that Berndt (and those who either participated in similar acts of abuse or stayed silent while it was happening) is indicative of the failed leadership within L.A. Unified itself. As your editor noted this past May on the Dropout Nation Podcast on school leadership,a culture that tolerates educationally abusive and neglectful teachers and principals is one that will also tolerate those who are criminal and evil. The fact that L.A. Unified’s school leaders has done a shoddy job of evaluating its teachers — with 60 percent of tenured veterans and 30 percent of new hires going without performance assessments in the 2009-2010 school year, according to the National Council on Teacher Quality — is evidence of how poorly the district has done in living up to its obligation of providing all children attending its schools with high-quality education. So does evidence that L.A. Unified leaders had failed to investigate previous claims of criminal abuse lodged against Berndt as well as letting alleged molestation charges against other teachers and school managers fall by the wayside.

Certainly it is commendable to see L.A. Unified’s current superintendent, John Deasy, step to the plate by tossing out all of Miramonte Elementary’s teachers and school leaders, and in lobbying unsuccessfully for the teacher quality reform bill. But none of his efforts erase L.A. Unified’s longstanding failures, especially when educationally- and criminally-abusive teachers are allowed to stay on the job. And for this, L.A. Unified deserves to be ashamed.

Yet those education traditionalists, especially AFT officials in L.A., and their counterparts at the statewide affiliate and the NEA’s Golden State unit, who want to simply blame school leaders for the failure to catch Berndt are also essentially refusing to hold their colleagues responsible. Actually, let me go further: If any education traditionalist tries to use the failures of L.A. Unified as a justification for defending their opposition to making it easier to get evil men like Berndt out of their jobs, then they should look in mirrors and ask forgiveness of their Creator. Because their argument is morally repulsive, intellectually dishonest, and abhorrent violation of one’s obligation to their fellow men and women. An important reason why Berndt was able to perpetuate educational and criminal abuse on the children in his care for so long lies with state laws that effectively make it almost impossible for L.A. Unified and other Golden State districts to dismiss teachers who don’t belong in classrooms.

In California, a district must go through a process that involves 10 different steps — including appeals before a three-person panel of the state’s Professional Competence commission that is largely slated in favor of NEA and AFT, and state courts — until a dismissal is either finalized or tossed out. The process can cost as last seven years and cost a district as much as $7 million — and there is no guarantee that even the most-obviously incompetent teacher will be eventually shown the door. Two years ago, L.A. Unified was told that they had to keep special education teacher Matthew Kim on the job despite evidence of harassing female counterparts and propositioning his students. Another teacher, Shirley Loftus, kept her job despite a decade-long record of incompetence that featured incidents of students pulling down their pants and fighting with each other under her watch. The byzantine steps, along with the length of time it takes to conduct a dismissal, and the high cost of doing so, explain why just 100 dismissal hearings were heard between 1996 and 2005, according to the state’s Legislative Analyst’s Office, the watchdog on these matters. This, by the way, is why L.A. Unified decided to pay off Berndt to the tune of $40,000 just in order to get him to drop his appeal of its dismissal.

What the NEA’s and AFT’s California affiliates have effectively done is aid and abet the kinds of abusive behavior among teachers that ultimately hurts the futures of children. After all, when processes are put in place that make it difficult for school leaders to actually lead — including the ability to hire and fire teachers who are criminally or educationally incompetent — then one can expect cases such as that of Berndt to occur. It’s almost impossible to foster cultures of genius in which the geniuses of children can be nurtured when those who are cancers to the institution are allowed to keep their jobs. From the perspective of teachers, the NEA’s and AFT’s opposition to overhauling the dismissal of those teachers are criminally abusing kids brings down the standing of the entire profession. Real professional associations work hard (albeit imperfectly) to help its members hold their own accountable for neglectful and abusive behavior. And on this count, the NEA and AFT has certainly failed the good and great and honorable women and men who deserve better.

Certainly the NEA and AFT will argue that teachers deserve the ability to oppose what they may consider to be unfair firings. The argument isn’t exactly off-base.  Institutions of all kinds can engage in wrongful termination of staffers, or even send executives and managers packing  just because they are an arbitrarily-defined wrong “fit” for their jobs; many a nonprofit executive director can make such a case. But SB 1530 wouldn’t have weakened the ability of teachers and their unions to appeal dismissals, just made it more difficult for the two unions to game the system in favor of the members they defend during such proceedings. More importantly, there are already labor laws in place in California (and other states) that restrict the ability of institutions to fire anyone without cause, as well as allow for redress through courts (for monetary damages) and state unemployment agencies (in the form of unemployment benefits); these are avenues teachers and their NEA and AFT affiliates can easily avail.

In defeating SB 1530, the NEA’s and AFT’s Golden State affiliates also expose their hypocrisy on other teacher quality issues (and reveals where they really stand on elevating the teaching profession). On one hand, the unions argue that they oppose overhauling teacher dismissal laws out of fear that their rank-and-file will arbitrarily lose their jobs because of subjective (and flawed) observations conducted by principals. Given the evidence that even the most-rigorous classroom observations (along with peer review systems touted by the two unions) are hardly worth the paper upon which they are written, this is understandable. Yet the two unions have consistently opposed the use Value-Added assessment objective student test score growth data in evaluations, which would actually make it harder for districts to arbitrarily sack teachers, and would even allow for high-quality teachers to gain recognition and reward for their work. And in opposing the dismissal of allegedly criminally negligent teachers such as Berndt, the NEA and AFT affiliates make it clear that their concerns have less to do with supporting the work of the honorable men and women they represent.

But the successful effort by the NEA’s and AFT’s California affiliates in opposing this teacher dismissal bill is evidence of the larger problems faced by the two unions on the national level when it comes to larger questions of how to overhaul how we recruit, train, manage, evaluate, and reward teachers. For all the talk from national NEA and AFT leaders about the need to elevate the profession (much of it driven by their wrongful conflation of the generally high regard most people have for teachers in general with the rightful criticism of the NEA and AFT and the antiquated policies they defend), almost everything the two unions do belie it. Both unions continue to cling to an old-school model of employee-management relations that was never really a fit for the kind of work teachers do in the first place, no longer applies in the modern world of today, and definitely not workable in an age in which teacher performance can be measured, quantified and rewarded accordingly. The dues-collection model of revenue embraced by the two unions effectively forces them to focus more on growing the teaching ranks and keeping them employed than on improving professionalism and holding members to high, well-defined, and metrics-driven standards. Bcause Baby Boomers remain in control of leadership posts within both unions (and thanks to rules that allow retirees to vote in union elections), the NEA and AFT end up defending seniority-based privileges and layoff policies that hurt the younger, more reform-minded teachers who make up the majority of their respective memberships. And as a result, the two unions find themselves taking positions on issues such as dismissing laggard and criminally culpable teachers that are contradictory to their proclamations about professionalism — and do little for either teachers or the children they serve.

At some point, both unions will have to decide whether they stand with good and great teachers, or with perpetuating failed thinking. Based on their efforts in California to kill off SB 1530, they stand with the latter.

The High Cost of Low Expectations: Indianapolis Waives Its Kids into Despair

The Dropout Nation Podcast: Advancing the Power of High-Quality Teaching