Voices of the Dropout Nation in Quotes: The Importance of Choice and Parent Power 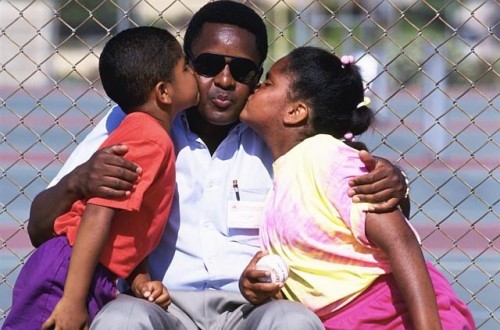 [Parents] can’t just be empowered to choose charters, as some reformers believe. In most states, there is a surprisingly large inventory of private schools that are already serving low-income children. In some of these places there are few charters—sometimes (but not always) because the district is slow to authorize them. In Duval County, Florida, for instance, the district has only thirteen charters despite its large size (over 150,000 students). And not all of them serve low-income children. By contrast, there are over 100 private schools in the county that serve low-income children under the state’s tax credit scholarship program.

Low-income and working class parents must be empowered to choose these schools, with taxpayer dollars. Why not? With proper accountability, transparency, and oversight, the providers offer a vital solution.

Another advantage of full empowerment: It encourages the creation of powerful coalitions for choice that don’t exist with partial measures. In 2001, the Florida legislature created the tax credit scholarship program with only one Democrat voting in favor. In 2010, when the program was aggressively expanded, half the Democrats in the House and a third in the Senate voted in favor—as did a majority of the combined Black Caucus. That year Democrats clamored to speak at a rally where 5,500 low income parents and children came to the distant capitol of Tallahassee to endorse the bill… I have not yet seen a demonstration of support for choice or reform on a similar scale anywhere else in the country.

John Kirtley of Step Up For Students, explaining why expanding school choice is not only the right thing to do for poor and minority families, but a key way to foster coalitions for systemic reform.

In New Hampshire, as in every state where school choice comes up, defenders of the status-quo are claiming that it will hurt “underfunded” public schools and that they need more money… Let’s look at the reality of government school spending in New Hampshire: Per-student spending has increased more than 50 percent, after adjusting for inflation, since 2001. And though it’s declined slightly from the all-time high in 2010, per-child inflation-adjusted spending is still 5 percent above the previous all-time high in 2009, despite the struggling economy.

If more than $15,000 per student isn’t enough, how much is enough to educate a child?

Cato Institute’s Adam Schaeffler, pointing to the reality that we spend school dollars ineffectively in helping all kids succeed.

Everybody loves the underdog except when it comes to education reform. More than a week after the Florida Senate rejected the parent trigger bill, the story line is now David v. Goliath, with David (played by established parent groups like the Florida PTA and Fund Education Now) squeaking out a victory over Goliath (starring Jeb Bush, Michelle Rhee, and the Republican-dominated Legislature.)

The truth is, titans clashed while David was en route to his second job. The underdogs who are lost in this narrative are low-income and working-class parents. They have virtually no one in their corner as they deal with conditions in their schools that would spark outrage – and quick remedies – if they happened in more affluent schools…

Established parent groups have tended to focus on adequate funding for public schools, which is critical. But I don’t remember them pushing for meaningful differential pay that may help staunch the steady flow of teachers from inner cities to suburbs. I don’t remember them pushing to keep underperforming teachers from being routed to high-poverty, high-minority schools…  if you are working in close alliance on an issue with the state teachers union, elected school boards, superintendents and big-name Democrats, you’re not Jeremy Linn.

Ron Matus of RedefinEd, reminding folks that Parent Trigger laws are geared toward helping those families who never get represented by the traditional parents-teacher group.