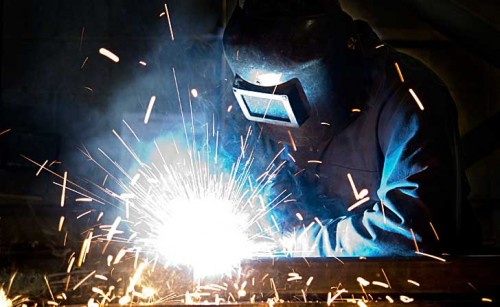 As Dropout Nation readers know, one of the consequences of the nation’s education crisis can be seen in the shortages of high-skilled workers for blue-collar jobs. With Baby Boomers working in sectors such as railroad transportation heading into retirement, companies are now competing against one another for the small numbers of workers with strong math and science skills, including those who spent the past few years in the high-skilled areas of the nation’s armed forces.

An example of this was exemplified last week when the Wall Street Journal reported on railway giant Union Pacific’s struggles to hire diesel electricians (who earn as much as $61,000 a year for keeping train engines running smoothly), and installation technicians (who earn as much as $68,0000 just for handling the  cables and microwave relays used to monitor the coming and going of trains). It took the company 10 hiring rounds just to hire 24 diesel electricians; just a fifth of the 58 initial applicants had the skills at aptitude needed for the installation technician jobs Union Pacific was seeking to fill.

Certainly the harsh realities of working on railroads deters some from even trying out for jobs. But Union Pacific’s struggles to hire skilled workers isn’t isolated. As more Baby Boomers head into retirement, companies are struggling to fill such positions as welders and machinists, high-skilled blue-collar jobs that provide the kind of incomes that lift poor kids from poverty into the middle class. And these are positions that no longer involve simply standing on an assembly line. Factory workers will need to be able to understand trigonometric equations in order to ensure that products are shaped properly and fit together upon assembly — and think through abstract concepts in order to work on their own on the factory floor.

But companies are having trouble filling those jobs largely because there aren’t enough young men and women with the science and math skills needed for success. Forty percent of all high school seniors  scored Below Basic on the science portion of the 2009 National Assessment of Educational Progress; 27 percent of the nation’s eighth-graders — including half of all black students and a fifth of white students — were mathematically illiterate according to NAEP’s 2011 exam.

The problem is particularly acute for poor children, especially those whose parents never graduated themselves. Sixty-two percent of high school seniors whose parents didn’t graduate from high school were scientifically illiterate; 59 percent of eighth-graders who were on free-and-reduced lunch plans were mathematically illiterate. As a result, children from poor households have also shot of taking on the kind of high-paying jobs, blue-collar or white-collar that can actually help them emerge into the middle class.

Some, including Ronald Ferguson and Robert Schwartz of Harvard in their wrongheaded Pathways to Prosperity report, would argue that this calls for new vocational high schools similar to those of earlier generations. But the reality is that sending kids on a vocational track doesn’t make sense. For one, most teens don’t know what career paths they want to be on until they reach their 20s; as the High Tech High chain of charter schools has found, only three in 10 kids who choose such a track even work in that field for one day.

More importantly, the kind of high-level math and science skills they need for success in blue-collar fields are also needed for white-collar jobs; in short, a kid attending a tech school or apprenticeship after graduating from K-12 will need the same kind of college-level skills as a counterpart going to a traditional college. In short, whether you are a marketing executive working with statistics, or a machine tools foreman on the shop floor, you will need the same math skills to do the work.

If anything, the solution isn’t to go back to the kind of ability tracking — and low expectations for poor and minority kids — that has helped foster the nation’s education crisis. It is to provide every child a rigorous college-preparatory education that allows them to be prepared to choose any form of higher education — be it traditional college, technical school, or apprenticeships — and, ultimately, any career path.  But college preparatory teaching need not be simply working on algebraic equations in classrooms. As seen with the Minddrive program in Kansas City, Mo., in which students learn the uses of 3D modeling, trigonometry, and electrical engineering in designing and building cars, it is also important to help all kids see the connections between the trigonometry and calculus work they do in classrooms and the real world activities upon which math and science concepts are built.

Meanwhile we must also improve math and science education at the early grades. Not only does this mean improving how we train elementary school teachers, it means changing how they work. As Dropout Nation has noted, value-added data is now revealing that teachers who strong in teaching math may not be capable of teaching reading and vice versa. Developing new ways of instruction — including even putting together teams of top-notch math teachers to help struggling math students succeed — is key. So is improving math instruction before kids get into first grade. As a study of 177 kids followed from kindergarten into high school by a University of Missouri team led by David Geary has shown, kids need to understand numbers and quantity in order to progress successfully in other math studies.

We will need everyone, including Corporate America, to push for these reforms and to expand the array of high-quality school options so that kids can get the math and science education they need for success. But, as I noted in today’s American Spectator review of Dr. Steve Perry’s Push Has Come to Shove, parents will also need to play a major role in demanding schools to improve early math (and reading) curricula, and providing intensive interventions for those kids who, no matter what their parents may do, may be struggling and on the path to academic and economic failure. Our economy and society can’t succeed if companies can’t fill jobs and kids aren’t educated to qualify for them.