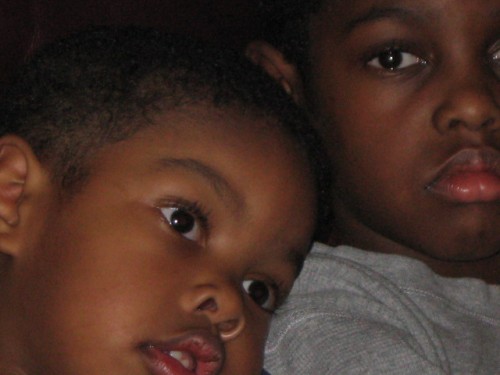 Photo courtesy of the Black Children's Institute of Tennessee

This week, Dropout Nation introduces its latest contributor. Michael Holzman, a Research Consultant for the Schott Foundation for Public Education, has helped shed light on the impact of low teacher quality and systemic academic failure on the educational and economic prospects of young black men. Through his research, Holzman and Schott have done plenty to show in numbers the depths of the nation’s dropout crisis and the impact on young black men. Along with Robert Balfanz, Jay P. Greene and Christopher Swanson, Holzman is one of the leading figures in revealing the nation’s educational decay.

In this piece, Holzman analyzes the results from the 2011 National Assessment of Educational Progress and reminds us that we must do more to help all children succeed in school and in life. 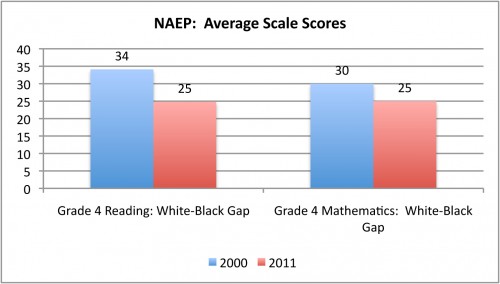 The results from the 2011 National Assessment of Educational Progress (NAEP) have shown that there has been little change from the achievement gaps recorded in 2009. On the other hand, there has been some progress this century. These charts show the changes in the gap between the average NAEP scale scores of Black and White fourth- and eighth-grade students in American public schools: 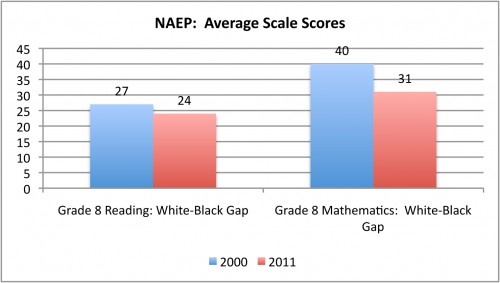 Does anyone think that is good enough? It is not good enough to accomplish the goals President Barack Obama has for increasing the number of college graduates by 2020.  It is particularly troubling that the gap in reading is virtually identical in fourth and eighth grade while achievement gaps increase as kids move from elementary to middle school.

What is to be done? Through its Opportunity to Learn Campaign, the Schott Foundation wants to ensure that all kids have access to high-quality early childhood education and a challenging curriculum.  The NAEP outcomes show that these key factors are not yet in place. We would have all children arrive at kindergarten ready to learn their letters and numbers. We would have all middle school students challenged with courses that will put them on the road to graduating on time, ready for college and career. And we know it can be done.

A version of this piece is available at Schott’s Opportunity to Learn blog.