RiShawn Biddle
Comments Off on Ohio, New Jersey, Virginia, and the Political Lessons for School Reformers 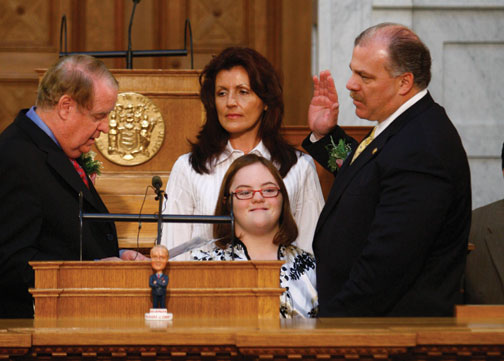 School reformers, especially conservative reformers and centrist Democrats who are not squeamish about abolishing collective bargaining, certainly have little to be happy about in yesterday’s defeat of Ohio Senate Bill 5. Nor can they or the rest of the movement be happy about the successful recall effort of Michigan State Rep. Paul Scott, whose work helping Gov. Rick Snyder enact a series of reforms arose the ire of the National Education Association affiliate there. Both losses prove that school reformers have less savvy in the political arena than in working congressional hallways and statehouse corridors.

But it isn’t all bad news. Not even by a country mile.

In New Jersey, school reform-minded Democrats kept control of the state legislature. Garden State senate president Stephen Sweeney — who teamed up with Republican governor Chris Christie to end the nearly-free healthcare benefits negotiated by the NEA (and require teachers to pay more toward their health insurance and pensions) — will not only keep his job, but may end up getting rid of Barbara Buono, the majority leader who voted against the plan (and other school reforms) this year. And Assembly Speaker Sheila Oliver, who risked her own political capital to back some of Christie’s reform efforts, will also keep her job for now; her backer, state Sen. George Norcross (who stood up to the NEA affiliate this year on school reform), also remains in office.

Meanwhile in Virginia, Republicans may take control of the state senate, which could be promising for expanding school choice. Efforts earlier this year to pass a school voucher-like tax credit plan was defeated in committee by the Democrat majority. Whether or not Gov. Bob McDonnell will take advantage of the opportunity by pursuing the kind of reforms pushed by Christie and his fellow Republican governors still remains an open question. But now, reformers — especially school choice activists — can put pressure on McDonnell to step up his game.

Then there is Mississippi, where the current lieutenant governor, Phil Bryant, easily beat his Democrat opponent. As a supporter of charter schools, Bryant’s victory certainly offers reformers hope that the state will overhaul what is considered to be the nation’s weakest charter school law. Hopefully, it may also lead to some reforms on the teacher quality front as well: Mississippi allows for newly-hired teachers to gain near-lifetime employment in just two years (below even the average of three years in most states), doesn’t require annual or bi-annual evaluations of new and veteran instructors, and doesn’t require teachers to prove that they improve student achievement (even though student test data is allowed to be used under state law).

But let’s be clear: School reformers once again have plenty to learn about playing in the political arena.

For one, reformers must get better at the ground game, especially the get-out-the-vote efforts that can make the difference between victory and defeat. If reformers mounted a strong ground effort in Scott’s district — and rallied some 198 votes — it is quite likely that he would have won instead of now being out of office. School reformers could learn a lesson from infamous Indiana politician Julia Carson, who won elections by getting her allies to send out buses and round up supporters. A few thousand bucks on some Parent Power buses would do plenty of good.

Which leads to the second lesson, one courtesy of legendary political player (and proponent of Prohibition) Wayne Wheeler: Reformers must build strong coalitions with groups outside of education in order to make education a wedge issue that gets the attention of politicians. School reformers, especially those in the Beltway, have continually ignored this point to their peril. It is time to listen and work the grassroots — including the 52 million single parents, grandparents, and immigrant households ready to embrace systemic reform.

The third lesson: Reformers can’t be squeamish about backing legislators and governors who support their cause — and that means taking some flack for doing so. Michelle Rhee’s StudentsFirst caught a lot of flack from gay rights activists last month after it backed Scott (to the tune of $73,000), who isn’t a friend of their cause. For good reason. Certainly, no one who believes in equality under the law should be in love with Scott’s position on gay rights. (I’ve made my own legal position on gay marriage quite clear.)

Gay rights groups, for whom this is the most-important issue, are right to oppose Scott because of his stance. But from a political perspective, StudentsFirst had it right. As Wheeler and others proved a century ago — and remains true today — the candidate that supports your side may not always be the one that dovetails with all of your political views. For single-issue outfits, this can’t matter except if it means losing some of your important coalition members. What matters more in these situations is to back the politician who will support your positions while in office, and support the legislation and referendums that will best-advance reform. This also means that centrist and liberal Democrat reformers who oppose efforts to abolish collective bargaining will have to stop their double talk. After all, the teacher quality reforms they propose will do just as much to weaken NEA and AFT influence as those offered up by their conservative counterparts — and the two unions have already figured this out.

And finally: Reformers must be more savvy in how they play the political game long before election day. One of the reasons why the Ohio collective bargaining ban was successfully defeated has to do with the decision by Gov. John Kasich and his fellow Republicans in the legislature to include police and fire departments in the legislation. There is little sympathy for the arguments of the NEA and AFT, especially when the average taxpayer notices the high cost of traditional teacher compensation. But police officers and firefighters elicit strong support from nearly everyone; even attempting to eviscerate collective bargaining privileges for them was a step too far. Kasich should have followed the approach of Wisconsin Gov. Scott Walker limited the reach of the collective bargaining ban to teachers and public-sector employees outside of public safety. Even though there is an effort to recall Walker, it is getting little traction. And as seen earlier this year, when Republicans held on to nearly all their seats challenged in recalls, Walker’s move has staying power.

School reformers don’t need to lick their wounds. They just need to get to work for the elections that will be coming next year.

The Penn State Scandal: A Reminder That We Must Do Better By Our Most-Vulnerable