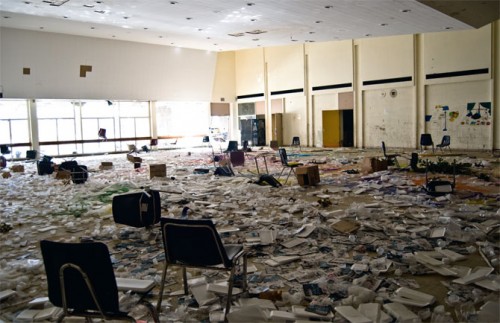 Memo to self: remember not to come back as a poor kid in Alaska or DC in the next life. Ten points roughly equals a grade level worth of progress. Low-income kids in Alaska and DC are reading almost as poorly as 1st graders in Massachusetts, which is to say, not much all.

Matthew Ladner of the George W. Bush Institute in his analysis of 2011 National Assessment of Educational Progress data. He also notes that Michigan — a state that has lagged behind in reform over the past three decades, isn’t exactly a great place for young black students to grow up. In short, we must end zip code education, both in communities and throughout states.

Next time districts feel their wallets swell a bit, we hope they might resist the urge to hire, given that it’s not at all clear what it accomplished in terms of growth in student achievement. Next time, let’s look to significantly better compensation for talented teachers.

The National Council on Teacher Quality helping to dispel the myth that there are widespread teacher layoffs so far. Dropout Nation made this clear back in September.

We have a choice of two futures… It is the most precarious time in our lifetimes… We are facing two tipping points. One is a fiscal tipping point. The other is a moral one

Congressman Paul Ryan in his speech yesterday at The American Spectator’s annual confab. While he was talking about federal spending, taxes, and regulation, his words could easily apply to the nation’s education crisis and the woeful performance of American public education that will condemn taxpayers and children alike if we don’t continuously push for systemic reform.