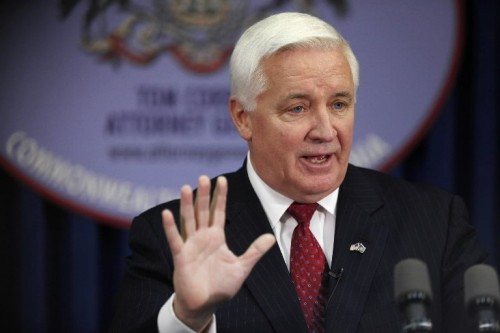 If there was one state that could be considered the one most-likely to embrace school choice and Parent Power in meaningful ways this year, it was Pennsylvania. Just four years earlier, the work of activists such as the Black Alliance for Educational Options and state Sen. Anthony Hardy Williams led to the passage of a charter school law by the state’s Democrat-controlled legislature. Last year, school reformers had managed to secure support for a school voucher plan from both of Pennsylvania’s gubernatorial candidates. And with a (theoretically) more-favorable Republican-controlled legislature in place, Parent Power and school choice activists could easily get a choice plan (either in the form of vouchers or tax credit plans that allow companies to offer vouchers to poor and minority children) passed this year.

It didn’t happen that way. The state’s National Education Association affiliate teamed up with school districts to rally opposition against the plan throughout the state. With two proposals on the table, reformers sabotaged themselves with an intramural sparring match over whether vouchers were preferable to tax credit plans (with the oft-contrary education team at the Cato Institute, which can never make up its mind about whether it wants school choice or just engage in martyrdom of ideological purity, fanning the flames). It then got lost in the much-larger debate over the state budget and cuts in education spending.

The biggest problem started and ended with the lack of leadership on the issue from Gov. Tom Corbett, who, as a gubernatorial candidate, made school choice a centerpiece of his political agenda. Corbett was seemingly absent from nearly all the discussions, essentially allowing the push for school choice to slip into the political quagmire. By the time Corbett corralled together state legislators to push them to vote for at least one of the competing plans, the session was coming to an end. Legislators were too busy wrangling a budget and working on Corbett’s other school reform plan — to force districts looking to hike spending above inflation to seek voter approval for their budgets — to craft together a viable voucher plan.

But now, Corbett is finally stepping up to push through a school choice plan. Besides a series of speeches, Corbett has gotten the state legislature back together to consider a package of legislation that would move the ball on reform. This includes another version of the education tax credit as well as the creation of a state agency charged with authorizing charter schools akin to those in California; expect districts and the NEA affiliate to challenge the latter with the same arguments being made in New Jersey and Massachusetts (and more successfully, in Georgia). All of the plan makes sense.

But the voucher initiative is the centerpiece. Under the proposal — which will face a senate vote by the end of the month — kids from households making less than $29,000 a year can get a full voucher of equal to what is spent in the district in which they reside (including full subsidy the Keystone State hands out) instead of having to attend any of the state’s 144 failure mills; kids from households earning less than $41,000 would get a voucher equal to 75 percent of the subsidy amount. On average, a family would receive $7,700 for each student, but can get as much as $13,000. Essentially, it is akin to the kind of funding follows the child concept Dropout Nation has long touted.

For families from low-income backgrounds, especially black and minority households, the voucher plan would offer one more opportunity to escape schools where educational neglect and malpractice has been the norm for far too long. These families can now take new steps towards helping their kids succeed in school and in life. More importantly, the expansion of choice will also help breed new activism for reform; families who have benefited from choice are less likely to docile and support those who have been far too willing to sacrifice the futures of children in order to remain comfortable in their jobs.

If the voucher plan is passed, it will start another important conversation: Expanding school choice to middle-class households, especially in suburbia, who may know that the traditional districts in their communities offer mediocre instruction and curricula, but don’t have any idea of what alternatives may be. Black and Latino middle-class households are already dissatisfied with schools that seem unwilling to allow their kids to take Advanced Placement courses and stay on the college track. And as Dropout Nation pointed out last week, the achievement gaps among between young men and women — especially those from college-educated households — are as common in suburban districts as it is in their big-city counterparts.

Corbett is finally taking the lead on expanding choice and Parent Power. This is good. But he can also do more. Proposing a Parent Trigger law similar to those already passed in California, Connecticut, and Texas would also help parents take their rightful places as lead decision-makers in education. Families could come together and force overhauls (including replacing the district with a charter school operator or a school management nonprofit they can form themselves) would allow families to bring good-to-great teaching and rigorous curricula to their own communities instead of waiting on either the district to finally overhaul the school or for high-quality charters to move in.

Another important step Corbett can take is forcing the end of the traditional district model of school operations. One way to do this is to require failing districts and those with wide achievement gaps to hand over their schools to a state agency similar to New Orleans’ successful Recovery School District; that agency would then convert every school into a charter, requiring that each is governed by a board of parents who can hold operators and staffs accountable for success. The families in each community can then vote out those boards if they don’t substantially improve student achievement. This idea, along with the Parent Trigger proposal, should be a part of Corbett’s next round of school reform plans.

By the end of this year, Corbett may join counterparts such as Rick Snyder in Michigan, Florida’s Rick Scott, Bill Haslam in Tennessee, and once-and-future Oregon Gov. John Kitzhaber as strong school reformers. And Pennsylvania may live up to its promise on this front.

The Future of Teachers: It Means Accepting Parent Power