Challenging Education’s Status Quo, One Parent at a Time

RiShawn Biddle
Comments Off on Challenging Education’s Status Quo, One Parent at a Time 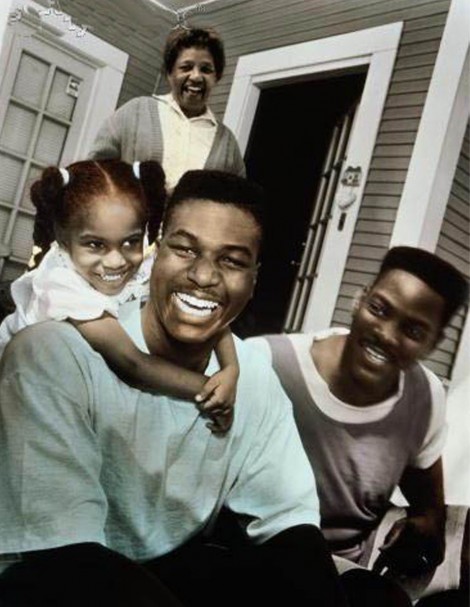 As far as education traditionalists are concerned, families are to be barely seen — and never heard. For them, the very idea of families taking their rightful roles as lead decision-makers in education is absolutely unacceptable. After all, how dare mothers and fathers actually demand the ability to choose high-quality schools, overhaul failure mills and factories of mediocrity, and hold teachers, principals and superintendents accountable for improving student achievement? Such ideas, an anathema since the days of Horace Mann, cannot possibly be tolerated even if education traditionalists continue to embrace practices that fail the children in their care.

Such sentiments have become especially prevalent in the past couple of months as education traditionalists have been forced to deal with the nation’s growing Parent Power movement. With 13 states having either launching and expanding school voucher plans, and 19 states partly lifting or abolishing arbitrary limits on the growth of charter schools, families have more opportunities to escape schools that poorly serve their children. The passage of Parent Trigger laws in California, Texas and Connecticut have also given parents more influence in actually forcing the overhaul of failure factories and removing those schools from the control of districts that have long fostered educational neglect and malpractice. And with Michigan’s state senate moving yesterday to pass a proposal to abolish its restrictions on charter school expansion — and Gov. Rick Snyder’s effort to expand public school choice and allow kids to attend any school throughout the Wolverine State — Parent Power and school choice are becoming more prominent than ever.

But as Dropout Nation noted in August after revealing the American Federation of Teachers’ presentation on how its Connecticut affiliate weakened the state’s Parent Trigger law, any expansion of Parent Power is considered a threat — especially if it solely gives families full control instead of the “collaborative” (or, as your editor likes to call it, protect teachers’ union and status quo influence) model they prefer. And their allies are more than willing to argue against choice and Parent Power on their behalf.

Once-respectable New York University education historian Diane Ravitch complained earlier this month that Parent Trigger laws are merely “a stealth assault on public education” that goes against the role of schools as “a public trust” that “doesn’t belong to the students who are currently enrolled in it or their parents.” Then there is San Francisco State University professor Mark Phillips, who declares on Valerie Strauss’ blog that Parent Trigger laws are “foolish and potentially destructive” to education. Why? Because, as far as he is concerned, the laws (and school choice in general) gives power to ” to individuals who have neither the expertise nor the knowledge base needed to make the right decisions.” Such sentiments extend to school choice as well.

It’s all so sweet for Ravitch, Phillips and others to talk about education as some form of “public trust” when it suits their interests. Unfortunately, families have no reason to continue to place their trust in schools that, despite claims by those who run them that they are experts, have continually failed their children. Especially when they treat families as afterthoughts and nuisances unworthy of their consideration.

As Peter McDermott and Julia Johnson Rothenberg of the Sage Colleges have noted in their research on school engagement, urban and low-income parents often perceive schools to be unwelcoming and interactions with teachers to be “painful encounters.” Certainly some of this has to do with the negative experiences these parents have had with schools — especially those failure mills that they once attended and to which their children now go. But it is also about the fact that there are many teachers who look at parents — especially those from poor and minority backgrounds — with condescension and disdain.

The reality is that we have far too many teachers who look down on poor urban parents who may not be capable of helping their kids because of their own learning issues; who are hostile to those families who want to take an active role in shaping the education their kids receive in school; and would rather keep those families servile. And it’s not just these teachers: As revealed in survey of Houston principals conducted by the New Teacher Project, administrators who felt they didn’t have time to handle teacher evaluations and serve as instructional leaders wanted to spend less time working with parents. As Dr. Steve Perry noted in his book, Push Has Come to Shove, the way schools deal with parents of all backgrounds (especially poor families) is particularly disdainful; from inconveniently-scheduled parent-teacher conferences, to the lack of meaningful communication about student progress until it is far too late to help kids succeed, traditional districts offer little to parents. It is ridiculous to ask families in these failure mills to “trust” schools that have failed children for decades.

The beauty of vouchers, charter schools and Parent Trigger laws is that these tools not only allows families to actually help their kids succeed in school and in life, they also spur parents to be fully engaged in education and learn more about how their kids can get a high-quality education. As James Guthrie of the George W. Bush Institute has pointed out, the only real way that families can really be engaged in schools is if they actually have the ability to actually shape the education their kids receive. They also become the kind of unabashed school reformers and impromptu leaders we need to overhaul American public education.

Certainly these families need tools in order to make smart decisions; this is why robust school data systems that inform parents about the performance of schools — along with the kind of school accountability and reporting of data on student achievement fostered by the passage of the No Child Left Behind Act a decade ago. But parents are capable of making smart decisions when they have the power to do so. And they can actually spur reform — and challenge the status quo — both by demanding better for their kids and escaping schools that are unworthy of their families and communities.

But the need for Parent Power isn’t just limited to urban dropout factories. The penchant for many teachers and administrators to treat families as nuisances and afterthoughts is as strong in suburbia — where parents supposedly have the clout to force change — as it is in big-city districts. Washington Post columnist Jay Mathews made that clear earlier this month when he wrote about the fracas between parents at Leesburg Elementary School in Virginia’s Loudoun County and the school’s principal. When parents demanded that the school provide better accounting of funds raised by families through its parents-teachers organization, communicate more-effectively with them, and offer more details on how the school was helping kids improve their achievement (and meet Virginia’s state standards), the principal, Clarke Magruder, didn’t exactly pay them any mind. The Loudoun County district itself proved far more-interested in defending Magruder’s record than being responsive to these families.

These are just the suburban families from white middle class backgrounds. For black, Asian and Latino families, especially those from poor backgrounds and others entering the middle class for the first time, they are finding out that suburban schools can be just as abysmal as the urban dropout factories they fled, and that the racial divides can be just as deep. Their kids are often afterthoughts in instruction and curricula.  As University of Michigan Associate Professor Karyn Lacy noted in Blue-Chip Black, her sociological study of middle-class black families in the area surrounding the nation’s capital, black families living in Fairfax County found themselves battling teachers and guidance counselors who wanted to relegate children to academic tracks that keep them from getting high-paying white- and blue-collar jobs. They are often not informed about their options for preparing their kids for success in school and in life, including opportunities to take Advanced Placement courses or participate in the growing number of dual-credit programs that allow them to take community college courses that they can use for getting ready for the rigors of higher education.

For these families, the need for options that better-suit their educational goals is one that most traditional districts cannot (and often, will not) meet. Allowing for those families to participate fully in structuring education for their children — or leave for charters and private schools that will allow them to do so — is as important for them as it is for their counterparts in urban communities. More importantly, expanding Parent Power and choice also helps suburban families fully understand the depths of the nation’s education crisis. An increasing number of suburban families already understand that education is critical to helping their kids remain in the middle class — and yet, the schools their kids attend offer instruction and curricula that lag behind Singapore, Canada and other nations. But other families won’t acknowledge this reality until there are high-quality alternatives to the laggard schools in their communities. Once those families see better, they can also demand better, breaking ranks with education traditionalists who see them as little more than foot soldiers for preserving their privileges.

But it isn’t enough to just expand choice and Parent Power. School reformers should actually work in urban communities with grassroots outfits to create family information centers and online tools that provide families with clear, understandable information on school options so they can make smart decisions. This must also happen in suburbia. Particularly with Parent Trigger laws, the information that families will need to undertake overhauls is also important. Connecticut and Texas should follow California’s example and build out a Web site that can helps parents know all that they need in order to be successful in improving schools.

Meanwhile the need to develop new models that expand Parent Power is critical. Abandoning the traditional district model along the lines of the Hollywood Model of Education would bring school governance down to the building. This includes creating school boards of directors with parents in majority control; principals would then report directly to families and serve them accordingly. The advent of digital learning options can also expand Parent Power by allowing families to develop DIY schools for their kids.

When parents have power, they can change American public education for the better. So we must continue expanding choice, Parent Trigger laws and other tools that help them build cultures of genius that nurture the kids that they love.

Centrist Democrat Reformers and the Price of Rushing No Child's Reauthorization