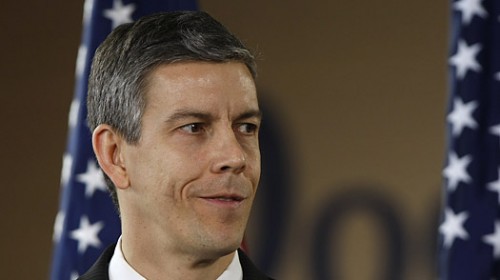 Over the past two years, Dropout Nation has argued forcefully and consistently that efforts by President Barack Obama, U.S. Secretary Arne Duncan and their centrist and liberal Democrat school reform allies to push for the reauthorization of the No Child Left Behind Act was a bad idea. The most-important argument was clear: There was more for the National Education Association, the American Federation of Teachers and other defenders of traditional public education to gain from reauthorization than for school reformers, providing them opportunities  to weaken the Adequate Yearly Progress accountability provisions within No Child that have helped shine light on the academic mistreatment of poor black, white and Latino children.

The past five months have since proven this point. Starting with Duncan’s effort to grant states waivers from AYP and other provisions, the NEA, AFT and other education traditionalists are getting exactly what they wanted: A retrenchment of federal education policy that not only guts accountability, but doesn’t even advance reform in other critical areas such as overhauling the way we train, compensate and manage the performance of the nation’s teachers. Yesterday, Senate Health Education Labor and Pensions Committee Chairman Tom Harkin and Republican Ranking Member Mike Enzi, after facing the ire of the NEA and AFT (and looking to get a No Child revamp passed in the Republican-controlled House), stripped out the mostly-admirable teacher quality provisions in their proposed plan, which would have required states to develop teacher and principal evaluations based on student performance on standardized tests (along with other measures). Declares Kevin Carey of the Education Sector: “So now we’re left with (Maybe Standards) + (No Accountability) + (Continued Teacher Injustice).”

Centrist and liberal Democrats, of course, want to just blame all this on the pressure of movement conservatives who are pushing for an overall pullback in federal policymaking (and want to abandon anything associated with former president George W. Bush’s regime). But this would be an oversimplification. It ignores the political realities faced by Harkin and his fellow Senate Democrats in the coming election year. More importantly, it ignores the missteps made by players on their side — including Duncan and Obama — in pushing for a speedy and unnecessary reauthorization.

When looking at this, always remember that Senate Democrats are desperate to keep their majority control of the federal upper house. With President Obama facing a tough re-election campaign next year, those Democratic senators up for re-election have no coattails upon which to ride; the miscalculations made by Obama and the Democrats on federal stimulus spending and other areas outside of education have also opened up the possibility of Republicans not only keeping control of the House, but capturing full control of the two branches of government.

So Senate Democrats are going to cater to the NEA and AFT, which have ladled most of their $293 million in campaign donations between 2000 and 2011 on national, state and local Democratic election campaigns. Even though last year’s congressional and state elections have proven that the NEA and AFT are not nearly the valuable allies they may have been a decade ago, Democrats still need the vast coffers the two unions bring to the table. And while the two unions are no longer the only forces shaping federal education policy positions within the Democratic Party, their heft remains considerable. Add in the fact that Harkin, unlike predecessor Ted Kennedy, is no fan of the school reform movement (and has no stake in preserving No Child as is), and suddenly, any substantial effort is out the door.

None of this would have mattered if not for the effort by Duncan and his centrist and liberal Democrat allies to push for a speedy reauthorization of No Child in the first place. After all, given the gridlock on Capitol Hill at this point, nothing would have gotten done. But within the past year, Duncan and his team at the U.S. Department of Education have engaged in what can be best called a misinformation campaign that has denigrated No Child’s accountability measures as being broken. Since January, Duncan has continued to play up an estimate that as many as 90 percent of schools would be found academically failing, even though current numbers coming in have shown otherwise (and reformers such as Charlie Barone of Democrats For Education Reform and Andy Rotherham had called Duncan and the administration on the carpet for disseminating these numbers). He has also argued that the revamp is needed in order to help states stave off sanctions for not meeting the 100 percent proficiency provision by the 2013-2014 school year, even though everyone knows it is actually more-aspirational (which is what No Child’s authors had always intended it to be) once one looks what proficiency actually looks like (getting half the answers on a test correct in many cases).

Then came Duncan’s waiver gambit. Calling it a tactical and strategic disaster is being kind. The move, aimed at pushing Congress to revamp No Child according to the administration’s wishes, certainly did have an impact. And not the way either Duncan or his boss, Obama, ever wanted. It has allowed congressional Republicans to accuse the administration of constitutional overreach, rally the movement conservatives on which they depend– and still join common cause with the NEA and AFT in pushing the abolition of  No Child’s accountability provisions. It has also allowed Harkin and Enzi to offer a revamp of No Child that is now even less palatable to both the administration and school reformers on all sides of the political line than what any of them wanted. And it has also weakened efforts to get states to enact Common Core standards in reading and mathematics, as congressional Republicans, movement conservatives and libertarians argue that the waivers will essentially force the creation of a national curricula.

As a result, centrist and Democrat school reformers (and even conservative reformers who have agitated for a scaled-back federal role) are getting everything they didn’t want. Essentially the very tool that have helped the movement make gains on systemic reform — including requiring the use of student test data in evaluating teachers, expanding school choice and Parent Power, and providing college-preparatory curricula to all students — may end up being ditched altogether. It may not happen this year; after all, the Harkin-Enzi plan, in its revised form, is still unlikely to be given a hearing by congressional Republicans (who also want to deny Obama a legislative victory, cosmetic or otherwise). But it is likely to happen in 2013, especially if Republicans gain full control of Congress. The missteps by Duncan and centrist Democrats, who never fully considered the consequences of pushing hard and fast for a reauthorization — especially given that education traditionalists finally and begrudgingly began accepting No Child and expanded federal education policy as a reality — have hurt their efforts. Taxpayers, families and children — especially those from poor and minority households — are the ones who will ultimately pay the price.

It would have been better for Duncan and company to leave No Child alone. But they didn’t. Now, the blunders made by Duncan and centrist Democrats pushing for a speedy and unnecessary revamp of No Child have set back all the gains the Obama administration have made in advancing school reform. It has further weakened Obama’s re-election chances. And it has set back school reform. Good job, folks. (Right.)

The Dropout Nation Podcast: No Silence for Our Children