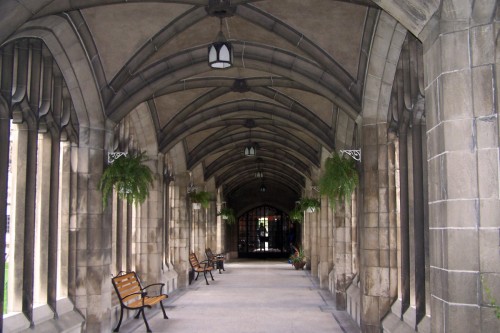 Sure, the battle over the reform and the future of American public education is as much about who controls education decision-making and how players within education are held accountable for student achievement, as it is about how to improve education for all children. At the same time, it is also a battle over the intellectual growth of a field that has eschewed anything resembling intellectual curiosity and creativity.

At first, this may seem strange given that K-12 education is charged with providing the knowledge children need for their own intellectual development — and that so much of compensation within education (especially for teachers) is dependent on accumulating graduate degrees and other credentials. Eighteen of the 26 states surveyed by the National Council on Teacher Quality in 2008 for Invisible Ink in Collective Bargaining Agreements required school districts to provide pay increases to teachers if they attain advanced degrees (even though there is no correlative or causative effects between degree attainment and student achievement). [Full disclosure: I co-wrote the NCTQ report.] Yet acquiring advanced degrees isn’t exactly a sign of strong intellectual activity within a sector. What makes a sector vibrant intellectually? An embrace of the use of data in analysis and decision-making; curiosity about how other sectors handle issues similar to those within one’s own field; creative problem-solving of critical issues within a sector; an acceptance of criticism from those within and outside the sector without arguing that those critics are “scapegoating” professionals within it.

Certainly one group within education — the school reform movement — has most (if not all) of these attributes. Many of the younger teachers coming into the profession also have this intellectual dynamic. But among the rest of education — especially those defenders of traditional public education considered the lions of the profession — this isn’t exactly the case. If anything, the reaction to anything resembling intellectual activity among the Diane Ravitches, Randi Weingartens, David Berliners and Dennis Van Roekels is akin to that of Catholic priests when confronted by the work of Galileo and Tycho Brahe on the solar system.

A recent example comes courtesy of Aaron Pallas of Columbia University’s Teachers College, who hasn’t taken well to the efforts by school districts such as D.C. Public Schools to student test score data to evaluate teacher performance (and the use of value-added assessment, the innovation that has made such evaluations possible). Pallas criticized such efforts — particularly D.C.’s IMPACT evaluation system, which was used in the dismissal of 214 laggard teachers — because it and other “complex value-added systems” use “sophisticated… complex statistical calculations” that lack transparency because they are, well, complex. Pallas didn’t consider how statistical analysis is used daily by companies such as Google to improve how people search for information or the solid record of value-added analysis. Not at all.

When Pallas’ lack of thorough research and overall lack of intellectual curiosity was nailed by American Enterprise Institute’s Rick Hess, Pallas hardly offered a substantive response. Instead, he compared IMPACT and the use of value-added assessment to the housing crisis of the past few years — failing to understand that much of the crisis resulted not from the use of quantitative analysis, but from a combination of overly lax financial regulation, loose credit, poorly-considered federal housing policies, the moral hazard posed by federally-protected entities Fannie Mae and Freddie Mac, and outright fraud.

This lack of intellectual dynamism (and abject hostility to reform-minded thinking) is evident throughout education, even in the use of such meaningless jargon as “authentic learning” and “authentic assessment” in response to discussions about using more-object measures of student achievement. Educators and researchers still argue about teacher retention while ignoring how organizations in other sector have stopped discussing retention altogether and focus on recruiting high-quality talents and giving them opportunities for career and intellectual growth. Education researchers and policymakers continue this argument as if other sectors haven’t successfully tackkled similar human capital problems.

There are other symptoms: Teacher education remains mired in “education as democracy” theories and pedagogies that lack empirical basis — even as the work of Teach For America and others have shown that it is subject-knowledge competency and caring for children that matters most. Then there is the reluctance among many ed schools to embrace medical college-style training — that would allow for aspiring teachers to learn teaching in real time. The overall unwillingness to embrace the use of objective data in any aspect of education symbolizes an unwillingness to tackle the underlying causes of system academic failure in any meaningful way.

The anti-intellectualism can be read in the rantings of Ravitch, who essentially declared this week that teacher evaluation isn’t worth doing because “no effective teacher evaluation model exists”. It is clear in the response of the American Association of Colleges for Teacher Education (the trade association for ed schools) to Ed Crowe’s report on teacher training for the Center for American Progress — which offered clear examples of effective professional training coming out of such professions as medicine and nursing — and to the critical work of NCTQ (long a thorn in the side of ed schools everywhere). And it is especially clear in the silly, shrill, thoughtless responses of some veteran teachers, who proclaim that criticism of poor-performing teachers and their enablers (including the National Education Association and the American Federation of Teachers) are attacks on teaching itself.

This anti-intellectualism explains why the responses to school reform efforts from defenders of the status quo have been, at best, lackluster and at worst, verging on mere insults and conspiracy theories of a corporate takeover of American public education. How can one mount a proper opposition when the intellectual arsenal includes warmed-over Buddhist sayings and arguments that defend tenure and seniority rights amid overwhelming evidence that such concepts do little for improving student achievement and teacher quality.

The results of this anti-intellectualism can be seen each and every day as 150 teens drop out of our schools and into poverty and prison. It does these kids no good. It keeps education from meeting the challenges of improving education and stemming the dropout crisis. This lack of intellectual dynamism cannot continue.

Best of Dropout Nation: Where Are the Gustave Eiffels of School Reform?