Best of Dropout Nation: The Peter Principal: Building Up Leadership By Staying in Place

RiShawn Biddle
Comments Off on Best of Dropout Nation: The Peter Principal: Building Up Leadership By Staying in Place 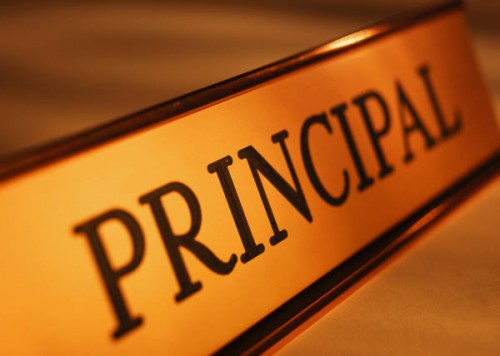 In this second part of this Best of Dropout Nation from April, Contributing Editor Steve Peha offers his own solutions for improving the quality of school leadership. Read, consider and offer your own thoughts.

A chasm of difference exists between classroom teaching and school leadership. Leading kids isn’t easy but it’s far, far, far from the challenge of leading teachers.

For one thing, kids come to school expecting to be changed. Learning changes them; they know that. And they’ve been through the routine of change so many times that change has become routine. Teachers don’t even have to tell kids they need to do things differently; kids know that almost every day they will do something differently than they did the day before.

By contrast, teachers often develop the expectation that they will never have to do things differently. And the way we treat them – boxing them into required curricula, required assessments, and a million other requirements – communicates every day that we expect them to do the same thing over and over, year after year. For teachers, change, when it comes, is almost always scary. And no one really wants to scare teachers, least of all a principal who used to be a teacher himself

Yet almost all principals were teachers. That’s why they entered education as a career. Even as principals, many still think of themselves as teachers first and leaders… never.

As Principal Smith thanks me for my time, and says we’ll meet again tomorrow after school (probably to repeat the same uncomfortable experience), I know that we’ll be stuck in this loop indefinitely. We’ll meet several more times. I will form a plan based on the data and commit to executing it for him. But he will not approve it. Instead, forced by time and the rules of reform, he’ll make the least aggressive commitments he can make in his official School Improvement Plan, goals he knows his school will not meet, plans he knows that he and his staff will be able to execute.

Is he being dishonest? Not at all. He’s paired the plan down to the smallest amounts of change acceptable. And he’s picked a few things to do that, at best, will get him those small amounts of change. But once the plan is approved, he’ll go back to doing what he feels most comfortable doing. And guiding his teachers through change, even modest change, is not what he feels most comfortable doing.

At the end of the year, I will leave, having worked hard but accomplished little, many of my ideas still mulling around in Principal Smith’s brilliant analytical mind—until they simply fade away as summer vacation begins.

Principal Smith and I both like and respect each other, but we know we’ll never work together again. He’ll likely recommend me to other principals in the district. But my work with them will reach a similar stalemate as most of Principal Smith’s colleagues are not that different from Principal Smith.

Most were good teachers; some were even great. But they were tapped for leadership positions and given roles to which they were not naturally suited and have had difficulty adjusting to. The changes wrought by a decade of school reform have made that adjustment even harder.

The Only Way Out is Up

The best way out for a Peter Principal is, of course, up. The most conscientious, those who probably could be effective building leaders, often find themselves promoted to the district office where, once again, many of their natural traits and tendencies render them less than fully effective.

Reform requires leadership. Districts tap their best leaders at lower positions to take on leadership roles at higher positions. But each rung of the ladder requires different competencies, and the better someone is at one level, the worse they may be at another, at least at the beginning, and in many cases forever. We have to solve that problem in order for any and all reforms to work.

The solution to the problem is to keep people where they are most effective. We might call this a “talent-in-place” approach. But in order to do this, we have to give talented people some place to grow that isn’t a different job. We also have to pay them more.

This is easier than it sounds. Look at the natural growth that occurs for most career teachers: student teacher, new teacher, teacher, mid-career teacher, master teacher, instructional coach (teacher of teachers), instructional specialist (mastery of subject or technique), and so on. There’s a career trajectory here. To make this trajectory real, we have to trade the traditional “step and lane” system for a competency-based rank system similar to what we see in other public sector professions. We can have meaningful career choices for great teachers that keep them growing within their greatness – and within their classrooms as well.

[My Dropout Nation colleague, RiShawn Biddle, argues that there needs to wider options than that, allowing teachers with entrepreneurial drive and leadership ability to move into school leadership jobs. He also argues that the solution for these problems starts with how we recruit and select aspiring teachers in the first place.]

We desperately need our best teachers to stay in the classroom. We also need our best principals to stay in their buildings. What we definitely do not need are any more top teachers becoming average principals, competent curriculum specialists, so-so assessment directors, and over-loaded compliance officers parceling out formulaic federal funding.

Dig In or Peter Out

Almost all of the people I work with at the building and district levels started in education as teachers, and we’re pretty darned good at what they did. Had they stayed in the classroom all these years, they probably would have become master practitioners. But they got promoted, and many simply petered out in terms of their effectiveness and their commitment to work as hard for the people they managed as they did for the kids they taught.

Solving the “talent” problem in schools requires making the best use of the talent we already have. We don’t need ex-Fortune 500 CEOs and former members of The Joint Chiefs of Staff; we don’t need Superman or Wonder Woman to swoop in and save the day. What we need is career-track specialization.

At the very least we need to professionalize teaching and school leadership in order to grow and keep the next generation of ultra-talented educators applying their talents, over many years, to the same roles, but at different levels, within the system. Just as many doctors continue to doctor throughout their careers, lawyers lawyer, and accountants account, great teachers must continue to teach and great principals must continue to lead. The key is to create new paths for growth—paths that include increased autonomy, compensation, and respect—that will inspire growth-oriented people to get better and better at what they do best.

“Talent-in-Place” models are the only models that make sense during a time of reform. Taking our most talented people and moving them into roles where most will end up being competent at best, dilutes the talent pool in two places simultaneously: the place we took them from and the place we dragged them to. The net effect is a double loss we can’t afford.

Best of Dropout Nation: Where Are the Gustave Eiffels of School Reform?

Best of Dropout Nation: The Peter Principal — Or the Critical Need for School Leadership