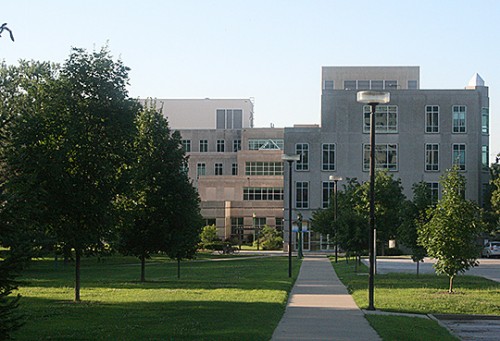 This week’s This is Dropout Nation report on the continuing problems of America’s ed schools garnered some interesting responses. One of them came from Dimitri Sevastapoulo, a Harris Brown Stevens real estate broker who, before going into that arena, taught in New York City public schools, headed up the high school division of the famed Dalton School in New York City, and presided over the board of the Caedmon School, a private Montessori school that his child attends. He notes that a decade ago, when he tried to go back to New York University to complete his master’s degree in education, he was told that his “credits were stale” and had to begin the whole process of getting that degree again.

What he figured out? Writes Sevastapoulo: “A graduate degree in education is an expensive, worthless piece of paper.” More importantly, he notes that “competence in a serious field of study… accountability and dedication are the key ingredients for good teaching.” His points are on the mark.

Meanwhile Devon Skerritt, who manages the volunteer operations at Harvard’s ed school, takes issue with Dropout Nation‘s surmising that ed schools are probably no longer useful. For Skerritt, the idea of eliminating ed schools leads to the bigger question of “how do we create/support strong scholars’ research in ed?”Certainly, this is an important question. After all, ed schools are generally the centers of research in education. At the same time, however, one must remember that education research, like ed school training, isn’t close to being in tip-top shape. As my former Forbes editor, Seth Lubove, noted a decade in his report on the controversy surrounding the Success for All reading program, the education research field is often so incestuous that a supposed peer reviewer can also have a business relationship with the researcher presenting the data (and not recuse themselves in light of the conflict).  The interpretations by researchers can also be so agenda-driven that even if underlying data is solid, it becomes sullied by association. As a result, education research isn’t as exacting as it is in more-rigorous hard- and social science fields.

Education research is getting better. But ed schools haven’t been the ones driving this. The development of Value-Added Assessment, for example, was driven by William Sanders, first while running the University of Tennessee’s assessment center (which was run independent of the education school), and then, when he worked for privately-held software outfit SAS. The pioneering work of Paul Hill, Paul Peterson, Jonah Rockoff, Michael Podgursky and Marguerite Roza have also happened outside of ed school confines. And when one starts to look at the graduation rate and dropout crisis efforts of Robert Balfanz, Jay P. Greene, Christopher Swanson, and Michael Holzman, it slowly becomes clear that ed schools have lagged far behind in developing pioneering research addressing the underlying issues of the nation’s education crisis.

This isn’t to say that ed schools can’t exist in order to have strong research roles. It’s just that they haven’t actually taken up such work. Far too many ed school professors are either too busy maintaining the status quo within their institutions — or trying to make names for themselves as poor man’s Diane Ravitches — than improving the quality of education research conducted within their respective institutions.

Skerritt also notes, rightfully, that there are some ed schools that are doing fantastic work in training teachers and principals. It may be time to follow the path of Abraham Flexner, whose Carnegie Corp.-funded review of medical schools led to improvements in how doctors are selected into med schools, shut down laggard institutions, and spurred innovation and better training throughout the medical field. Ed schools clearly need the same kind of housecleaning. If they don’t change, they should move aside for better institutions for training the teachers our children need for their success in school and in life.

We will talk more about this issue on Wednesday, when Dropout Nation hosts a special podcast on the future of ed schools featuring Arthur McKee of the National Council on Teacher Quality. He will argue for the existence of ed schools, but also for the full reform of their work in training teachers.