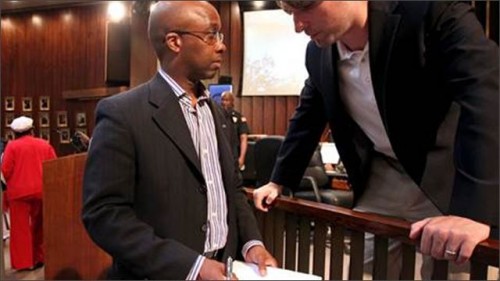 Memphis-Shelby County Merger and the Hollywood Model: Since last December, Dropout Nation has followed the move by the Memphis school district to force a merger with the rival Shelby County school district surrounding the Blues City limits. There are have been plenty of twists and turns. First, Tennessee’s Republican-controlled legislature (along with Gov. Bill Haslam) stepped in, passing a law that would forestall the merger from happening for two years. Then Shelby County — which started the maneuvering last year when petitioned the state legislature to allow it to become a special taxing entity to siphon off funds from the much-larger urban district — filed a federal suit to stave off the merger, accusing the district and the Memphis city government of violating the 14th amendment rights of Shelby’s taxpayers. Meanwhile governments in six cities surrounding Memphis (and served by Shelby County) began looking into creating their own school districts, separating from any merged entity. But last month, the Shelby County suit was suddenly settled, with all of the players involved in the fracas agreeing to let the merger happen by the 2013-2014 school year. That settlement was finally approved this past Tuesday by the Memphis city council.

What has been wrought by the consent decree and the state legislation? On one hand, Memphis residents are none too thrilled that Shelby County will essentially be calling the shots in this merger, with the former district and the county government holding 14 of the 23 seats on the  temporary board that will run the entire district for the next two years. Not only does the mostly-black city lose control of the district to suburbanites — in spite of the fact that Memphis brings more students and tax dollars to the table — but the county benefits from all the work (including the early teacher quality reform efforts funded by the Bill & Melinda Gates Foundation) that the city has done over the past few years.

More importantly, there is plenty of questions about who will run the district’s operations. For now, the new Memphis-Shelby County district has two superintendents, including the well-regarded Kriner Cash, who would probably be the better choice for the top job. There is also the uncertainty of whether any of the suburban Shelby County cities will manage to form their own district; if it passes muster with the state, then the consolidated Memphis-Shelby County district will have fewer students and tax dollars from which to draw.

What is missing throughout the discussion — and in many ways, a lost opportunity, for Tennessee state government — is the idea of moving away from the traditional district model that has neither served students in Memphis nor Shelby County all that well. While Memphis has improved its five-year graduation rate (based on 8th-grade enrollment), one out of every four middle-schoolers heading into high school in both districts drop out by senior year. Based on these numbers (along with the low four-year graduation rates for young black and white men (43 percent and 53 percent in 2008, according to the Schott Foundation), one can say that the two districts weren’t offering high-quality education before the merger. This may not change afterward either.

What Tennessee could have done is allowed for the consolidation, then move away from the traditional district model by adopting the approach taken in New Orleans, essentially transforming traditional schools into charters while the district bureaucracy serves only in an oversight role. This approach, which may also be adopted in the coming year across the Tennessee state line in Fulton County, Ga., would allow for the proliferation of high-quality charter schools that can do the job that neither Memphis nor Shelby County have proven capable of doing.

As Dropout Nation noted last year, the state could have also used a merged Memphis-Shelby County district as an experimental model in which funding follows the students to any school option available. The district could either be just a pass-through entity or a provider of transportation services and buildings to school operators. The role of running schools could be taken over by high-quality charter school operators such as KIPP and Green Dot (the latter of which can serve the county’s growing Latino population), white and black churches, including the Church of God in Christ, the nation’s largest majority-black Protestant denomination that is headquartered in the Land of the Delta Blues, the city’s Catholic archdiocese, which already runs Shelby County’s third-largest school system, and even PTAs and other grassroots groups.

Given that the suburban cities served by the Memphis-Shelby County district want to opt out, this model could still happen, if Gov. Haslam and state education commissioner Kevin Huffman abandon the traditional model of education that hasn’t worked well as of late. The merger remains an opportunity, but only if state and local leaders have the vision to take it up. 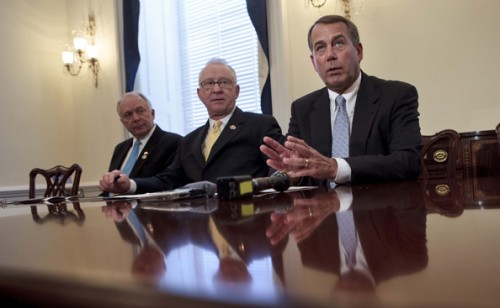 Is John Kline More than a Few Press Releases? That’s the only question one can surmise from the flurry of e-mails sent by the House Education and the Workforce Committee Chairman today touting the consideration of the charter school expansion bill he has brought onto the House floor. While the law itself is a commendable next step in further expanding school choice for our children, the reality remains that Kline remains stuck in neutral when it comes to federal education policy and reform.

For one, Kline continues to dawdle on reauthorizing the No Child Left Behind Act, whose accountability provisions he wants to ditch altogether. If Kline was truly serious about school reform, he would either tell U.S. Secretary of Education Arne Duncan to come down and begin work on a bipartisan reauthorization that expands accountability — especially in areas such as the nation’s ed schools (whose laggard teacher training is a culprit in America’s education crisis). Kline would even revise the school choice provisions within No Child — which have largely failed because of the recalcitrance of school districts that don’t want to allow students to leave failure mills, and the reality that those districts offer few high-quality options in the first place — by requiring states to allow for inter-district choice along the lines of what is being proposed by Michigan Gov. Rick Snyder as part of his reform efforts.

Certainly, Kline does have some obstacles in his way, starting with the fact that Republicans are just as divided as Democrats over what a reauthorized No Child should look like. But given that he was able to move a few small bills out of committee, it isn’t nearly as hard for Kline to show his hand and offer a version of federal education policy that falls along his feigned small government views. At this moment, however, nothing is coming out of Kline’s committee, either on No Child or even on such matters as the labor that fall within his purview.

Kline does have time to focus on such matters as H.R. 1891, which is aimed at reducing the number of Department of Education programs that often duplicate each other’s work. Again, all well and good. But he continues to push for increases in the $11 billion supplied by the federal government to special education programs. The fact that special ed has helped fuel the nation’s education crisis by labeling illiterate but otherwise capable young men as “learning disabled” has never factored into Kline’s thinking. Nor does he take the time to look at the districts in his own backyard. Seven percent of all students in the South Washington County district, for example, are labeled special ed cases; this includes 15 percent of the black males attending the school. Most of those students have “specific learning disability” which can mean dyslexia or other issues that really don’t require special ed participation.

Kline could easily argue for reductions in special ed spending; doing so would actually do a lot of good for young men and for all students who are too easily labeled depending on the state or district in which they reside. Instead, Kline continues to spend his time offering a few press releases, some soundbites, and little substance.

Best of Dropout Nation: Time for the Hollywood Model of Education