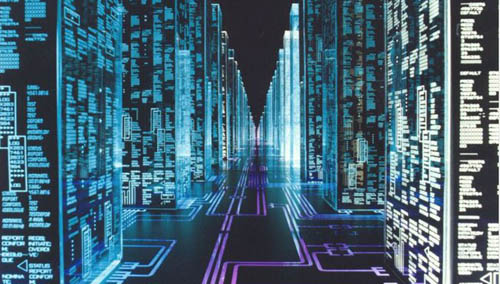 One of the greatest challenges in reforming American public education starts and ends with the lack of regard for the power and usefulness of data. And this can be seen when one looks at Corporate America and the firms who are the most-admired players in their respective sectors.

When one looks at the most-successful businesses in the corporate world — Wal-Mart, Proctor & Gamble, McDonald’s, Apple, Microsoft, and Amazon — they share a few things in common. One of the most-important is they use data, including such metrics as the speed it takes to make a burger, and the growth of toothpaste sales in India, to guide long-term business strategy and operations. This information (and more importantly, the analysis and understanding of the data) allows executives, middle managers, and staffs to focus develop marketing programs, launch new initiatives, and improve the efficiency of their operations in order to build market share and generate long-term profit growth.

In fact, data has become so important for businesses that mastering its use is as much a part of work in most companies as the main products and services provided. Proctor & Gamble is now conducting an inventory of the skills its employees have in data analysis and use, looking to establish baselines for what everyone within the consumer products giant should know. An entire career sector, devoted to data analysis (whose practitioners are data scientists), has also developed as a result.

But the key thing is that the data serves as a guide for these companies, not the end goal or activity themselves. What they learn can help them develop long-term growth plans, bring focus to operations (and ensure they stick to their knitting), even look at creating new products. McDonald’s decided to develop its successful chicken snack wrap after data showed that the sales for its chicken selects were plateauing; it helped the company further develop its concept of building “platforms of products” that meet every price point, draw in new customers, and as seen with its line of breakfast burritos (which use the same tortilla shell as the snack wraps), even maximize the use of inventories for long-term cost-savings. But McDonald’s still took 18 months to develop and test market the product to see if it passed muster among 150-to-200 customers in focus groups, and didn’t make it difficult for workers on the ground to get it to customers in a timely manner. More importantly, it didn’t just use the data on chicken select sales to make dumb short-term moves that would reap short-term profits, but ruin McDonald’s long-term business prospects. Companies with a penchant for using data to simply reap short-term profits pay the price — usually in going out of business — and are indicative of other operational and management issues. Think Enron or any of the Wall Street firms that went bust during the financial meltdown.

I see this in my own experience. As editor of this publication, I pay as much attention to key metrics — from growth in unique visitors, to the number of mentions in publications such as The Wall Street Journal and Education Week — as I do to what is happening in the debate over the reform of American public education. Yet the metrics serve as a guide to Dropout Nation‘s ultimate goals, not the end. While certain issues and topics may get more attention than others from the audience, I cannot just write about those matters because I serve an audience that is equally divided between policy players, grassroots activists, parents and teachers. Because this magazine is mission-driven, it means I must also cover topics that may not attract much interest from either audience — chronic truancy is one such matter — but relate to the ultimate goal of ensuring that every child gets the high-quality education they need to succeed in life. And because not every new section or item is immediately successful, I have to look deeper into data in order to determine whether it will work out in the long haul.

I point out these examples because such nuanced, thoughtful understanding and use of data is one that is lacking in American public education today — even among school reformers who should be paying more attention to how data is used successfully in the private sector and can be applied in areas such as teacher evaluations and even guiding classroom instruction.

As evidenced today in a piece written by Mike Petrilli, the research czar for the Thomas B. Fordham Institute, on the disconnect between families and policymakers over what schools should be, there tends to be this fear among nearly all education traditionalists and even some reformers that using data will lead to the narrowing of curriculum and instruction. The more data is used and the more testing that is done to get that data, the more-likely that schools will offer narrow, inferior education to kids. There will be fewer art and music appreciation classes (because those courses are not tested), while teachers will simply focus on test prep (or just “teach to the test” instead of actual teaching because their evaluations are based on student achievement on tests. Or so goes the theory.

Forget the growing evidence that standardized testing, along with formative assessments, can help students learn, or that test prep, used judiciously as a small aspect of overall instruction, can be useful. Or the reality that the nation’s traditional public schools are already a collection of failure factories and mills of mediocrity; and that music and art classes have been in decline even before testing became widespread. This line of thinking fails to realize that data can be used as guides for overhauling instruction, curricula and leadership. And the fact that plenty of teachers, administrators and school boards use data the wrong way, to simply “teach to the test” and narrow learning, are signs of a deeper talent problem within American public education.

As Tennessee Education Commissioner Kevin Huffman pointed out during a congressional hearing this past July, those low-quality instructors who “teach to the test” are being lazy. More importantly, it shows that those teachers don’t have what it takes to work in classrooms. A good-to-great teacher knows that it is really difficult, actually, almost impossible, to ever successfully “teach to the test” for numerous reasons — including the fact that content can change over time, and cut scores change often enough to make it difficult to game the system. So they must actually teach children so that they master all that they must know in order to pass today’s test and take on more-complex subjects several grades down the road.

This is also true in the area of course diversity in schools. As the Harlem Link Charter School has shown in its own work, a high-quality school structures instruction and curriculum to make sure that children continually become more-literate no matter what class they take. The books read for social studies class help build comprehension while they still get the background knowledge they need to be fully literate and well-rounded. Schools need not neglect music appreciation courses or American history; those that do are not only doing a disservice to the children in their care, the administrators who run them and their parent districts also show their lack of imagination, competence and leadership.

The problem in American public education has nothing to do with data or its usefulness. The issue lies with the fact that American public education has trailed far behind other sectors in using data in shaping what is done every day in classrooms and central offices. As I noted in yesterday’s commentary on reshaping the work of teachers, data has provided plenty of information that can use thoughtfully and intelligently in creating new specialties within teaching that can help improve student success and make teaching more-rewarding for our good-to-great instructors. But ed school professors, policy wonks, teachers’ union bosses and others have neglected this important and much-needed reform, largely because their sophistication with data is low compared to their peers in the corporate world.

This lack of sophistication when it comes to thinking about and using data also highlights one of the most-pressing elements of education’s talent problem: That the work of teaching and administrating schools is no longer perceived to be as a sophisticated profession in an increasingly knowledge-based economy. Certainly, the problems of degree- and seniority-based pay scales, defined-benefit pensions and near-lifetime employment — which fails to recognize and reward high-quality work and doesn’t reward good-to-great work early in teaching careers in meaningful ways — is a major reason why it is so hard to attract talented collegians into the profession. But teaching was a far-less lucrative and even-worse paid profession for most of American history, and yet, it is likely that the profession attracted those who were likely to be top talent (including African American collegians and grad students who couldn’t teach at the higher ed level in the Jim Crow-era South).

But today, there are even blue-collar jobs such as machine tool-and-die manufacturing, and elevator installation, which visibly appear to demand more sophistication and challenge than what teaching, as structured by school districts and teachers unions, does today. Careers in such fields as marketing and even journalism demand that its practitioners are as much statistics geeks as they are skilled in crafting powerful messages and shoe-leather reporting. Far too many people perceive wrongly that teaching is unsophisticated, and that anyone can do it. And that perception, along with the poor structure of teacher compensation, complicated certification processes that don’t actually measure competence, and the reality that the United States is a more-diversified and competitive economy than Finland, is why it is so hard to attract bright talents into the profession.

Anyone who spends any time working with kids on reading knows that this isn’t so; good-to-great teachers need to be entrepreneurial, understand the psychology of children, must be skilled in analyzing formative and summative test score growth data, and need to have strong subject-matter competency and instructional method, in order to do the job. But ed schools, with their penchant for focusing on pedagogical theory instead of the skills teachers need to succeed every day, don’t speak to those realities in any of their courses. Neither do school districts nor the professional development outfits charged with helping teachers build their knowledge and skills over time. And school reformers (your editor included) have really fallen down on the job in this arena, neglecting an opportunity to help teachers elevate their profession.

So instead of high-quality talents who know how to use data in sophisticated ways, we have teachers and administrators who use data badly. And we end up with other players in education who view the results as a data problem instead of a problem of people who are ill-equipped to use it properly in helping students succeed. All in all, a shame.

It is time for everyone within education who holds unsophisticated views about data to toss off those ideas, pay attention to what happens in the corporate world, and embrace more-sophisticated thinking when it comes to testing and the usefulness of information. This would help spur the reforms we need to provide our children with the rigorous, wide-ranging curricula and high-quality teaching they deserve.