Why Education is the Best Long-Term Anti-Poverty Program 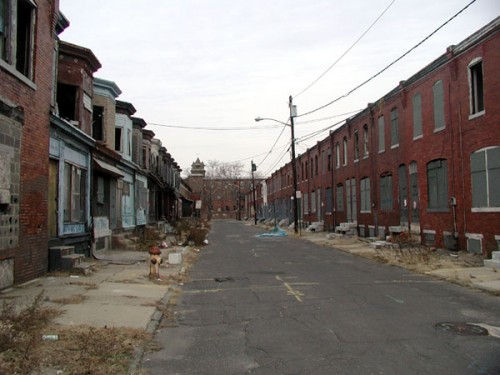 A penchant among far too many education writers who embrace the Poverty Myth of Education is to oversimplify the debate over the role of education in stemming the long-term effects of poverty. First, they argue that school reformers proclaim that education is the sole solution for economic development in poor communities — even though no one ever says this. Then they argue that education can’t possibly be either the long-term or short-term solution for poverty — and find some flimsy data or examples to back it up.

Dana Goldstein of the Nation weakly pulled this funny trick earlier this month in her review of Steven Brill’s Class Warfare, trotting out the famed Coleman study to argue that high-quality teachers cannot help students overcome the consequences of economic poverty. Of course, she ignores the Coleman study’s conclusion that teaching accounts for nearly half of in-school effects on student achievement, and that it concludes that if teaching is of high-quality, schooling will be a bigger factor than socioeconomic background — and conveniently bypasses Brill’s ultimate conclusion that good-to-great teachers alone can’t improve education or stem poverty. (One can also argue about the value of citing a four-decade-old study in an age in which high-quality data on the role of teachers in student achievement are plentiful. But for now, I’ll leave that alone.)

Now, Sarah Garland, generally a more-thoughtful reporter than Goldstein on these matters, does something similar, albeit with less polemical force, in her latest piece for The American Prospect and the Hechinger Institute’s education news site. Focusing on my dear departed grandfather’s hometown of Camden, N.J., Garland argues that efforts by New Jersey Gov. Chris Christie to reform the state’s public schools — and ultimately, similar efforts across the country — essentially fail to consider that education alone cannot overcome the debilitating effects of poverty. Even if a poor child comes from a home in which the parents are engaged in promoting their success, these kids are affected by peers who come from homeless environments and other factors for which schools cannot possibly control.

Camden isn’t exactly the best example of a high-functioning district. As even Garland admits, Camden’s school district has been plagued by corruption for decades. It has also a prime example of abysmal teacher quality. The average Camden teacher was absent for 11.2 days during the 2008-2009 school year, according to an analysis by the Courier-Post. As a result, the district spent $8,748 each day for 81 substitute teachers to fill in for absent teachers. Essentially, Camden’s children are being robbed of the instruction they need to succeed in school and in life.

But even if Garland could find a high-quality district, the overall argument — that kids can’t get a high-quality education until poverty is addressed — falls on its face. Forget citing the examples of high-quality schools serving mostly-poor students, or the various studies that show that teachers and family engagement are bigger factors in student achievement than socioeconomic background. One only needs to look at the history of government-run anti-poverty efforts, and pay attention to today’s knowledge-based economy, to understand why this version of the Poverty Myth of Education has no standing.

Starting with the Great Society programs of the 1960s, America has spent five decades pouring billions into anti-poverty efforts. If one goes back to the construction of housing projects such as Chicago’s Cabrini Green during the New Deal era, and the mother’s pensions of the Progressive Era of the first two decades of the last century, these efforts have been around for nearly a century. Yet they have largely been failures. If anything, many of the anti-poverty programs (including welfare) has helped foster what Leon Dash would call the pestilences of gang warfare, drug dealing and unwed motherhood that have plagued Black America and Latino communities. Federal welfare rules barring married women from receiving benefits, for example, is one reason why marriage among poor blacks has gone from being the norm to being extraordinarily rare since the 1950s — and why 70 percent of black children are born into out-of-wedlock situations.

The reason why most of these anti-poverty programs haven’t worked all that well goes back to the old proverb about giving a man food versus teaching him how to fish: Short-term anti-poverty efforts ameliorate the problems, but don’t stem those issues for the long haul. After all the food stamps, the Section 8 housing, and the WIC checks, the families still remain poor. In fact, the dependence on the dollars makes things even worse because they would rather be self-sustaining families not having to count on anyone’s dime.  The condescension toward poor and minority families from those in bureaucracies who dole out the benefits, along with the traditional emphasis of these programs on simply handing out dollars without any sweat equity (thus denying recipients their dignity) is also part of the problem.

Add in the corruption of politicians (who tend to use welfare programs as add-ons to their political machines), and the general inability of government to deal with the complexity of family and social issues (as seen in any visit to a juvenile justice system), and the anti-poverty programs are doomed to long-term failure. When the communities in which these efforts are being undertaken are dysfunctional, the programs are just like so much trash on the ground. This is especially true in Camden. As with far too many other cities, including nearby Philadelphia and Detroit, Camden officials have spent plenty of time focusing on giving tax breaks to developers — siphoning off millions in property tax dollars dedicated to schools — and engaging in corrupt activities.  But they have spent little time addressing the quality-of-life issues, including rampant crime, that contribute to economic poverty.  The city’s violent crime rate of 2,300 per 100,000 is twice that of far larger Philadelphia (1,238 per 100,000), and four times the rate for New York City (552 per 100,000).

Finally, anti-poverty programs don’t address the real issues of low educational attainment that is at the heart of the economic segregation that perpetuates poverty. In an age in which what you know is more important than what you can do with your hands, high school dropouts and others who have been given low-quality education are going to be left behind economically and socially. Anti-poverty programs can help alleviate a 15 percent unemployment rate for high school dropouts age 25-and-older, but it won’t get them back into the economic and social mainstream. Education equals empowerment, and a high-quality education is what the children of these dropouts need in order to move out of poverty for the long haul.

The three most-successful anti-poverty efforts of the past seven decades — the federal school lunch program, the welfare reform efforts that began with legendary Wisconsin governor Tommy Thompson’s revamp of the dairy state’s system in the late 1980s, and the expansion of the earned income tax credit — have worked because they are also tied to the most-important solutions to poverty: Education, jobs and empowerment. The provision of hot, nutritious meals helps children get the nourishment they need in order to focus on learning. Welfare reform’s emphasis on job training and education helped more women get off the welfare rolls and into decent-paying jobs. And the earned income tax credit provides working mothers who have gotten a better education with the cash they need to sustain families and lifts them above the poverty line; it also flows into communities with at least an additional 50 cents in economic benefit for every dollar spent by families for groceries. These aren’t hand-outs, but helping hands that allow for families to stand on their own.

There are other programs that can help families address poverty — and they all involve schools. After-school programs, for example, can allow for young children to get their learning issues addressed. After-school programs also help single mothers address their child care issues by providing their kids with healthy, learning-oriented environments. Extending the school day, a concept that has worked for students attending KIPP and other charter and traditional public schools, would also help keep kids on the path to academic and economic success.

Another set of anti-poverty solutions start with the systemic reform of American public education. Overhauling how we recruit and train aspiring teachers — ensuring that those coming into ed schools and alternative teacher training programs have strong subject-matter competency and care for all children no matter who they are or where they live — would help foster cultures of genius in which the minds and souls of kids are nurtured so they can become healthy, intelligent, financially-secure adults.

These reforms would especially help poor black, white and Latino men, whose underemployment and imprisonment are among the biggest contributors to economic and social poverty. Remember, the average annual income for male high school dropouts declined by 27 percent between 1973 and 2009, according to the U.S. Census Bureau. When men don’t work, they cannot support families or be productive, active players in their communities. As seen with the 25 percent of male high school dropouts aged 35-to-54 who have never married, they are also less-likely to help build the strong two-parent households needed to help kids get into the middle class.

The simple reality is that the better-educated a person is, the more-likely they are to earn the kind of middle-class income they need to sustain families and build communities. A black man or woman with some form of college education will earn at least $9,142 more in annual income than a high school dropout; the gap grows both with additional higher ed credentials and as the better-educated person attains experience in the workforce in higher-paying fields. The benefits of high-quality education and greater levels of it not only flow to men and women, and their families. The economies of the communities in which they live, also reap the rewards, with high levels of home ownership, robust entrepreneurial pursuits and the emergence of middle-class families on whose energies and dollars civil society is dependent. Education, in short, can help transform low-income communities wrecked by violence, decay, and apathy into middle-class neighborhoods where children are safe, families are strong, and economic growth is the norm.

This isn’t to say that there isn’t a need to ameliorate the immediate effects of economic poverty. This is why the earned income tax credit is one of the best anti-poverty tools that exist. It is also the reason why cities must put a strong focus on quality-of-life issues such as rampant crime; former New York City mayor Rudolph Giuliani’s emphasis on fixing the broken windows in communities (which successor Michael Bloomberg has continued) is one reason why the Big Apple has had an economic and social revival. And there are some issues that neither schools nor government programs can adequately address. It will take a village to end rampant unwed motherhood and emphasis the importance of marriage and building strong families.

But when you have 1.2 million high school students dropping out of school every year into poverty and prison, anti-poverty programs and crime-fighting isn’t going to be enough. You have to deal with the long-term consequences of the nation’s education crisis, which is the driving force behind the growing gaps in income between poor and more-affluent families. In short, you can’t fight poverty without systemic school reform.

After Ackerman, The Next Step for Philadelphia Schools Should Be the Hollywood Model