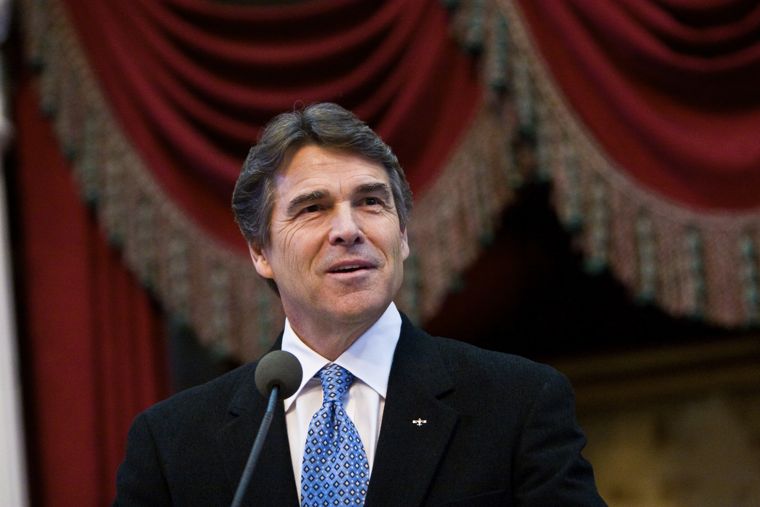 Earlier this year, Dropout Nation took time to examine Republican presidential candidate Rick Perry’s record on school reform and found that he couldn’t hold a candle to his predecessors, Anne Richards and George W. Bush, in that arena. With slower declines in functional illiteracy than more-aggressive reform states such as Florida (including a mere six-point decline in the percentage of fourth graders reading Below Basic on the National Assessment of Educational Progress, versus Florida’s 20-point drop), Perry had done little more during his tenure than mouth off against federal education policy, spar with the Obama administration over its Race to the Top initiative, and betray his movement conservative credentials by continually accepting federal education funding and complaining about being held accountable for the spend.

But this week’s release of college readiness data from ACT offers another example of how poorly Perry has fared in living up to Richards’ and Bush’s legacy in advancing school reform. Just 24 percent of Lone Star high schoolers taking the ACT had met all of the college readiness benchmarks, slightly lower than the one-in-four national average. Just 48 percent of Texas students had reading performance that was college-ready, four points below the national average; while the percentage of students ready for college-level science work was two points below the 30 percent national average. Thirty-two percent of Texas students failed to meet any of ACT’s college-readiness benchmarks, four points lower than the already-abysmal national average.

The good news is that there has been progress. The 24 percent of high schoolers in Texas meeting all college readiness benchmarks is five points higher than in 2007, a stronger level of growth than for the nation at large, and for Florida (where it barely budged from 16 percent to 17 percent of high schoolers were college-ready on all benchmarks). Texas has also done well with African-American students, with the percentage of black students meeting three or more of the benchmarks increasing from 10 percent to 14 percent over the past four years. But given that just 36 percent of Texans take the ACT versus 66 percent of their Floridian counterparts, those numbers may be skewed.

Given that the work Texas did during the Richards and Bush years is finally bearing fruit (while the efforts in Florida started in earnest later) — the progress also shouldn’t be surprising. In fact, Texas should be doing better. But not necessarily: Twenty-four percent of African-American Lone Star State students were college-ready in reading, a mere four points better than Florida; and the nine percent of black Texans ready for college-level science is merely four points higher than Florida’s equally abysmal number. And Florida is still doing better than Texas when it comes to Latino students; only 31 percent of Lone Star State Latino students were college-ready in reading, six points lower than Florida’s percentage.

These numbers could get worse in the next decade, largely because Texas hasn’t kept up with Florida in pushing hard on reform. As is, 73  percent of Texas’ black male fourth-graders read Below Basic in 2009, a mere 7-point decline from 1998; that is a slower rate of improvement in literacy than Florida’s 28 percent decline (from 81 percent to 53 percent) for the same population of students. The lagging performance seen now among the former fourth-graders in Texas will become clear in the coming two years on NAEP and a few years later on ACT.

Perry likes to complain about the more-expansive federal role in education. These complaints would stand scrutiny if he actually took on reform more-aggressively, especially in curricula. Given that Texas’ English and math standards are good-but-not great — with math standards considered “clearly inferior” compared to Common Core by the Thomas B. Fordham Institute, and not even world-class compared to those for the seven best-performing nations in math — Perry’s complaints about embracing Common Core seem like mere posturing on behalf of maintaining mediocrity. And while Texas has embraced Parent Trigger laws, this wasn’t Perry’s doing; the work was done by the state’s new parents union with the help of legislators willing to put their neck out for this law.

As Washington Examiner columnist Tim Carney has shown, Perry has proven to be something of a crony capitalist wolf in movement conservative clothing. He’s also proven to be lackluster on education too — and it doesn’t take U.S, Secretary of Education Arne Duncan engaging in campaign rhetoric to make this clear. Foes of Common Core and conservative reformers in general should think twice before embracing Perry as a standard-bearer.

Gutting No Child -- and Getting No Accountability in Return?

At the State LevelEducation Governance

Beyond Race to the Top: What John Kitzhaber Means for State Education Governance