RiShawn Biddle
1 Comment on Diane Ravitch is The Man 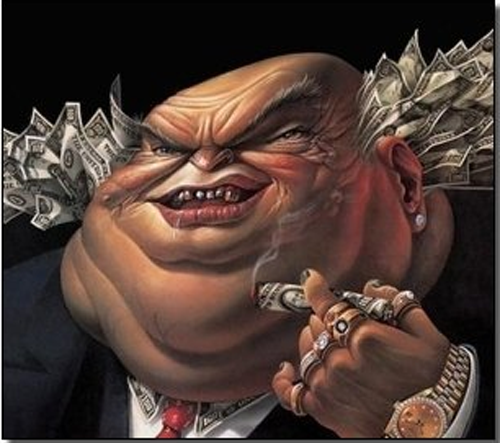 Your editor wishes he could muster some passion for the latest conversation in the Beltway: Whether or not Diane Ravitch gets $200,000 a year in speaking fees from the National Education Association, the American Federation of Teachers and other education traditionalists, as Steve Brill alleges in his newest text. For one, taking money from organizations with which one shares similar views isn’t in itself shilling; otherwise this would be true for lot of folks on the lecture circuit. In any case, like-minded organizations and people always dovetail. Nor is Ravitch’s lack of disclosure about the matter anything horrible. She’s a private citizen, not an organization required to disclose income, spending and surplus. Besides, the less from Ravitch’s pen, the better.

As for the claim by This Week in Education‘s Alexander Russo that this alleged “smear” of oh, poor Diane could blow up in the faces of school reformers? Only if the average person in Philadelphia, Miss., bothers to pay attention. Besides, no one needs to say much to discredit Ravitch’s arguments; she does that to herself with every tweet.  The real battle over the reform of American public education will not be depend on whether Beltway players and the outlets that cover and opine about them (including this publication) argue about the equivalent of how many angels dance on the heads of pins.

Ultimately, this is a waste of time. And I’m almost ashamed I’m even commenting on it. Each hour, 150 kids drop out of school and into poverty and prison. Solving this crisis is more important than whether poor Diane took $10,000 for 15 minutes of demolishing straw men, spouting revisionist history and and tossing out inaccuracies.

But let’s be clear about this: The fact that Ravitch collects the fees at all, along with the reality that the NEA and AFT can dig out a few doubloons from the $622 million in dues they collect annually (when they aren’t spending it on unsuccessful political campaigns and bailing out affiliates such as the Indiana State Teachers Association) pretty much proves the argument I made last week about the “corporate” and institutional nature of education traditionalists. Essentially, education traditionalists like the well-paid Ravitch complaining about supposed fat cats are being hypocritical on the subject of money and influence. Given her position as a New York University professor with decent book income and a storied resume, Ravitch is likely among the top 10 percent of income earners in America (which only requires an annual salary of just $77,000). Yes, Ravitch, like your editor and many in the Beltway, is The Man.

More importantly, both school reformers and education traditionalists bask in resources, financial and otherwise. and use them accordingly. One can say that status quo defenders control even more dollars; after all, they are in control of school districts and university schools of education, the institutions through which most of the nearly $600 billion in taxpayer funds devoted to education flow. And while the influence of the NEA and AFT is in decline, they are still the single-biggest players in American politics, having poured $53 million into campaigns last year alone — and still finding enough ducats to fund half of the $100,000 budget for last month’s Save Our Schools rally.

The real issue isn’t whether Diane Ravitch gets paid, or who is collecting more dough. Money in itself is neither evil nor good, but a tool that can be used either as a positive or negative force in the world. The real issue is what each side is doing with their money to improve the futures of children. At this moment, education traditionalists, including Ravitch, defend a failed, enslaving vision of American public education under which far too many young and women will become members of a permanent economic underclass. Worse, they defend the system by tying up taxpayer dollars in a status quo that was built for a different age in which education didn’t equal better quality of life, not for a time in which what you know is more important than what you can do with your hands. And all the anti-intellectual sentiment about hedge funds “privatizing” education can’t hide that reality.

The Ravitch argument, like the credibility of education traditionalists uttering proclamations about “corporate ed reform” or accuse Parent Power groups of being “AstroTurf” fronts, should have went up in smoke a long time ago.

Best of Dropout Nation: There is No Public School Choice

Two Thoughts on Education This Week: Wisconsin and the NEA's and AFT's Loss of Influence