Two Thoughts on Education This Week: Wisconsin and the NEA’s and AFT’s Loss of Influence

RiShawn Biddle
2 Comments on Two Thoughts on Education This Week: Wisconsin and the NEA’s and AFT’s Loss of Influence 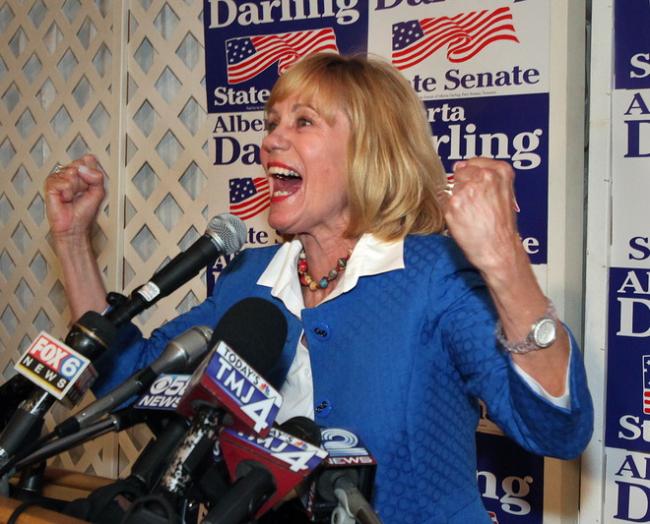 Photo courtesy of the Journal-Sentinel

It is tempting to look at this week’s recall elections in Wisconsin — and the fact that Republicans retain control of the Badger State’s upper house — through the gaze of all-politics-are-local. But when more money is spent on the recall elections than on the entire state legislative campaign last year, most of it coming from public-sector unions opposed to Gov. Scott Walker’s successful effort to abolish collective bargaining, the politics are clearly national. And when the National Education Association and the American Federation of Teachers weigh in — including spending $400,000 on radio ads supporting Democratic opponents alone — the elections are also a referendum on the influence of teachers unions in education policy.

The results of the referendum are clear: The NEA and AFT are not nearly as influential in education policy as they once were a decade ago. And thanks to the twin forces of the school reform movement and the current economic malaise, that influence will continue to weaken.

The nation’s two largest teachers unions are certainly doing their best to triangulate and beat back Parent Power movements and other school reform efforts. It hasn’t always been successful — especially among the AFT, whose president, Randi Weingarten, issued another public nonapology apology  in the Huffington Post after Dropout Nation revealed its anti-Parent Trigger presentation. (Of course, Weingarten couldn’t mention your editor by name.) Even as the two unions are beset by a generational divide between Baby Boomers who want to preserve their privileges and reform-minded less-senior teachers, the reality is that the former are still in clear control of union activity. Their interest in keeping traditional districts under their respective thumbs, along with preserving the array of quality-blind compensation and near-lifetime privileges that has made teaching the most-comfortable public-sector profession, is why the NEA is devoting $40 million in member donations (whether or not younger members support it) on efforts to beat back reform. It is also why legislators such as New Jersey Assembly Speaker Steve Sweeney have lost NEA and AFT endorsements.

The NEA and AFT thought that they could whip up outrage against moves by governors and legislatures in Wisconsin, Ohio, New Jersey and Florida to abolish collective bargaining and begin overhauling costly teacher pay systems. For good reason. Most Americans respect individual teachers, who the two unions can rally for electioneering. The fact that governments (including school districts) are major employers, especially in rural areas, along with the struggle reformers often have in explaining the nuances of teacher pay (and moving away from over-simplification that lead to Matt Damon moments) should also help the NEA’s and AFT’s cause.

What the two unions continually fail to realize is that those arguments no longer work in the face of these stubborn facts.

For one, with states facing $137 billion in budget shortfalls this and the coming fiscal years, governors and legislators can no longer afford to protect school spending from the axe. Given that the cost of the nearly-free healthcare benefits and other perks of teaching have increased by 21 percent within a six-year period — and the $1.4 trillion in pension deficits and unfunded retiree healthcare costs — governors realize they must restrain future increases.

Second: While reformers haven’t done a good job of fully explaining teacher compensation, they have done a fantastic job of showing that the traditional system is ineffective in rewarding good-to-great teachers or in improving student achievement. A decade of revelations about the laggard quality of teaching and curricula in traditional schools and the results in the form of 150 teens dropping out every hour, has shown taxpayers that the nation spends $600 billion on education abysmally.

Then there is the reality that the average American, working in a private sector in which layoffs and wage cutbacks are common, are none too sympathetic to teachers unions who insist that their rank-and-file should not be subjected to economic reality. Opposition from the unions to performance pay plans, ending tenure and using student test score data in teacher evaluations, also fall on deaf ears. That there are other fiscal matters that they consider to be equally important, including police and fire service and Medicaid, that have been subjected to cutbacks, makes taxpayers less willing to listen to cries against revamping teacher compensation.

Combine these realities with moves such as the AFT’s failed lawsuit against New York City Mayor Michael Bloomberg’s school reform efforts and revelations such as those last week by Dropout Nation, and suddenly, the pitch from teachers’ unions is as failed as their vision for American public education.

All this said, the NEA and AFT remain formidable forces who have long ago mastered the less-electoral aspects of the political game. School reformers need to step up their game in this area as well as build ties to grassroots activists and community leaders in order to sustain momentum.

At the same time, some reform camps, namely centrist and left-leaning Democrats, need to come to terms with the reality that the teacher quality reforms they espouse involve the same weakening of teachers’ union influence as the efforts by conservative counterparts to abolish collective bargaining. Trying to publicly oppose the weakening of teachers’ union influence even your own agenda calls for exactly that is trying to have it both ways. And that’s just not possible.

This week marked another slow decline in teachers’ union influence. And more clout may be lost — to the benefit of our children — by the time the year is over.

Perhaps It’s Time to Abandon the Union: Last week’s Three Thoughts noted George W. Bush Center scholar Jay P. Greene’s conclusion that school reformers would be better off starting their own institutions in order to successfully spur school reform, and force traditional districts and other players to abandoned failed practices. This question comes up as one reads Andy Rotherham’s latest column in Time on the younger players who are trying to force the NEA and AFT to end their opposition to systemic reform.

As I did last year for Labor Watch and The American Spectator over the last year, Rotherham details how groups such as Educators4Excellence have agitated with some success for the two unions to modify their positions. NewTLA, for example, now significant influence in the AFT’s Los Angeles local, while the efforts of Teach Plus in Indianapolis and elsewhere to rally younger teachers to push for reform is also wonderful to watch.

But are their efforts enough? As Adam Emerson of Redefine Ed points out, the insurgents haven’t really forced the NEA and AFT to do more than slightly alter their positions and help shape a local election or two. More importantly, the activists haven’t challenge the penchant for treating families as nuisances and afterthoughts that is rampant among NEA and AFT leaders (and in the agendas of the two unions). The fact that the younger teachers pushing for internal reform have not yet themselves begun dismissing the anti-Parent Power strategies of their union (or have even argued publicly for the union to support Parent Trigger laws and vouchers, even though they do embrace charter schools) means that they don’t have the missing link they need to force the two unions to embrace systemic reform.

Virginia teacher and occasional Dropout Nation contributor Chad Sansing has noted that there needs to be a way for families and teachers to get together and work towards improving education. He is right. Currently, given that NEA and AFT affiliates are more-concerned with serving members and perpetuating its existence, and the concerns among poor and minority families that they are shunted aside in education decision-making, better working relationships between parents and teachers will remain a struggle. Certainly we need the insurgents to push for reform within the NEA and AFT. But reform-minded teachers may ultimately have to abandon the union model, form their own professional associations, and team up with Parent Power groups to do so.

Jay Mathews Gets It Wrong on Parent Power