Every Child Should Read Shakespeare…And Get College Preparatory Curricula 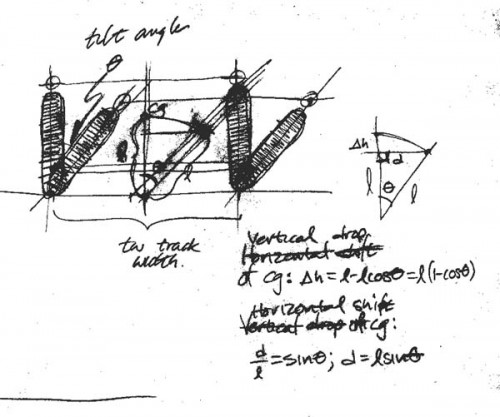 The false argument over whether suburban and rural schools don’t need the same systemic reforms as their big-city peers is one of the more-ridiculous arguments occurring in education this year. The other lies with the question of whether every child should get a rigorous, high-quality college preparatory education. From Harvard professors such as Robert Schwartz and Ronald Ferguson in the Pathways to Prosperity report earlier this year, to Sandy Baum and Michael McPherson last week on The Chronicle of Higher Education‘s Innovations blog, educators who should know better (including even some school reformers) are declaring that some kids are just not capable of (or interested in) reading Chaucer, mastering Boolean algebra, and learning about the Theory of Relativity. And that the kind of education needed for success in white-collar jobs and traditional colleges isn’t necessary for kids who may want to choose a blue-collar course.

The first argument isn’t exactly new: It is as old as the early 20th-century debate over whether high schools should be college preparatory institutions or offer different tracks to kids, especially black and immigrant kids who educators felt were incapable of learning. The idea is as condescending and racialist now as it was then — and, more importantly, as baseless as ever. As Ellen Gallinsky noted in Mind in the Making, every child is developing the seven executive functions needed for success in school and in life. The reality is that cognitive ability is not so much a matter of birth as much as a matter of kids being in nurturing environments in which their “soft heads” are allowed to harden for success.

The second argument is almost as old as the first. And just as ridiculous. As Dropout Nation has reported, the reality is that the same strong reading, math and science skills needed for white-collar careers are also needed in blue-collar work. The high-paying middle-class jobs that can help young men and women sustain families — from machine tool- and die-making, to welding and elevator installation and repair — require the ability to understand complex math knowledge, trigonometric equations, and electrical engineering.What the manufacturing sector and other blue-collar arenas need from those on the factory floor is the ability to think critically; and that cannot be done without a strong base of math, science, history, civics and literacy.

Meanwhile, the advent of statistics as a critical feature of work in every sector — even in marketing and journalism — also makes clear the need for strong math, science and literacy skills. And given that we live in a world in which we are all full-time equivalents who can lose our jobs to economic dislocation or corporate decision-making at any moment, every young man and woman must have a strong base of knowledge to not only get jobs, but, to paraphrase Thomas Friedman, to create their own careers and businesses. If anything, with our economy increasingly dependent on knowledge, blue-collar and white-collar workers are going to be akin to the skilled craftsmen and blacksmiths of the pre-Industrial Revolution era, constantly apprenticing and mastering knowledge.

Then there’s this clear reality: In a world in which we need young men and women to play strong roles in political and civic discussions, they must have a high-quality education. The fact that fewer young men and women can name a Supreme Court justice than cite a song lyric is just shameful. They can’t possibly be thoughtful voters or be able to keep civil society strong and healthy if they are illiterate, innumerate and incurious about the world.

In short, every child, no matter who they are or where they live, needs a high-quality college preparatory education. They need high-quality instruction from good-to-great teachers. And they need cultures of genius in which they are treated like geniuses instead of tossed to the wayside like trash. And the only-some-can-learn mythology espoused by men and women who know better must be thrown into the ashbin of history where it belongs.

As the esteemed Thomas B. Fordham Institute Scholar Peter Meyer made clear this week, there is nothing wrong with a one-size-fits-all education that prepares young men and women to pursue any path they choose. And, as Jose Vilson (with whom I share little agreement) also points out, every child should get opportunities to get high-quality education no matter the path they choose. Because if they don’t get high-quality curricula and instruction, they will not be able to choose any path — or write their own story.